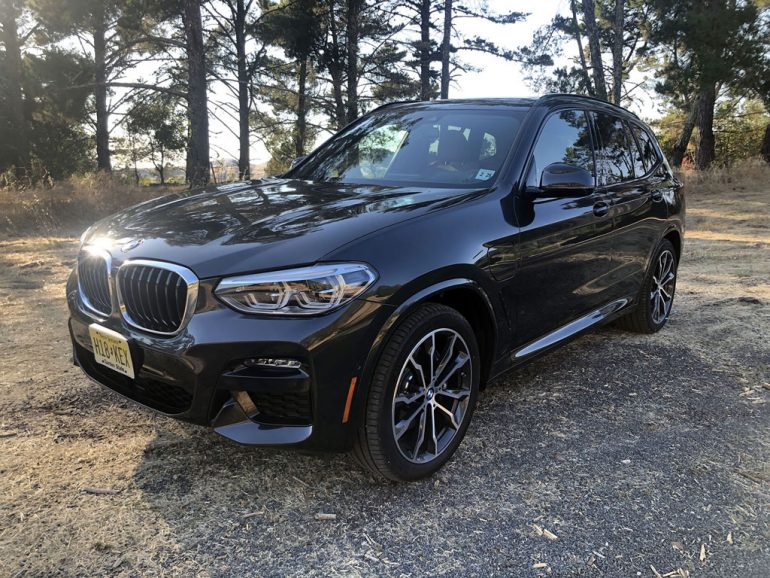 Let’s get it out of the way right now… This particular offering from BMW, the X3 xDrive30e has an alphabet soup model name that sounds more like a 50s space blaster than German SUV. However, once you get past trying to remember all the x’s, you’ll find a rugged yet efficient hauler than does the job quite well. It’s no secret that the X3 is Bavarian Motor Werks biggest selling model in America, and this new plug-in hybrid version is a worthy addition for those wanting their X with excellent fuel economy coupled with plenty of pep. 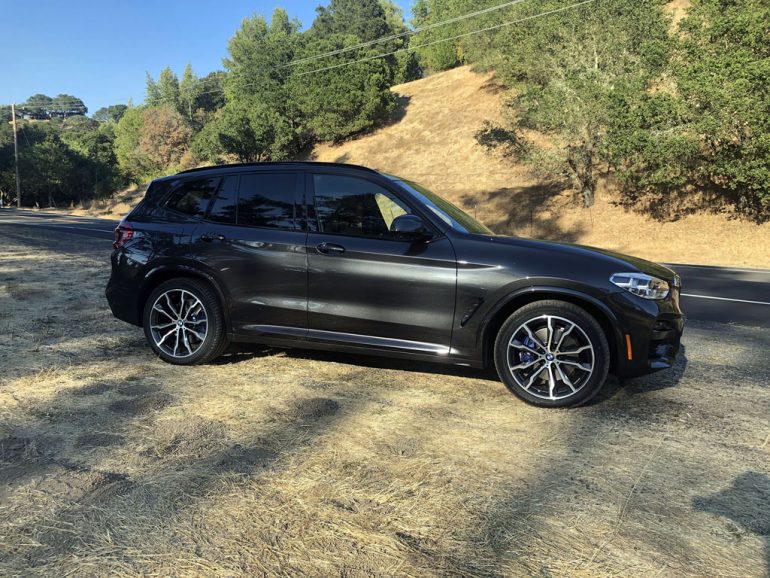 Starting with a 2-liter turbocharged four-cylinder that produces a humble 180 horsepower and 258 pound-feet of torque, which doesn’t sound like much at first blush. However, the secret sauce of the letter ‘e’ is the addition of a very powerful integrated electric motor bumping the combined horsepower to 288, which is channeled to all four wheels by way of BMW’s xDrive all-wheel drive system. The additional power means you’ll actually have 50 more hp than the standard X3 and even beat it from 0-60, all while achieving 60 MPGe. This is what we call having your hybrid cake and eating it, too… And it get’s better from there- On a full charge, you can drive over 18 miles on pure electric before the gasoline motor kicks in to replenish the battery. It isn’t the smoothest transition, but once that happens, the 30e delivers hybrid driving with very few drawbacks (besides slightly less trunk space), while maintaining decent combined fuel mileage. 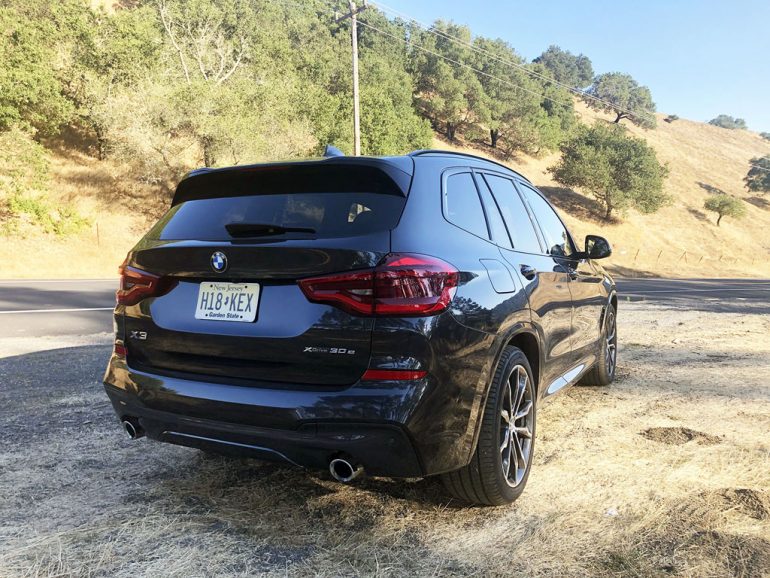 With the additional weight of the electric motor and 12.0kWh lithium-ion battery pack, the X3 xDrive30e does feel a bit less dynamic to drive than its gas-powered X sibling. There is a bit of body roll in spirited cornering, but thankfully the handling remains tight, and the suspension does an admirable job of disguising those extra pounds, especially in conjunction with the optional Dynamic Handling Package. BMW engineers went to great lengths to make the 30e live up to their ‘Sports Activity Vehicle’ moniker as much as possible when you’re behind the wheel. 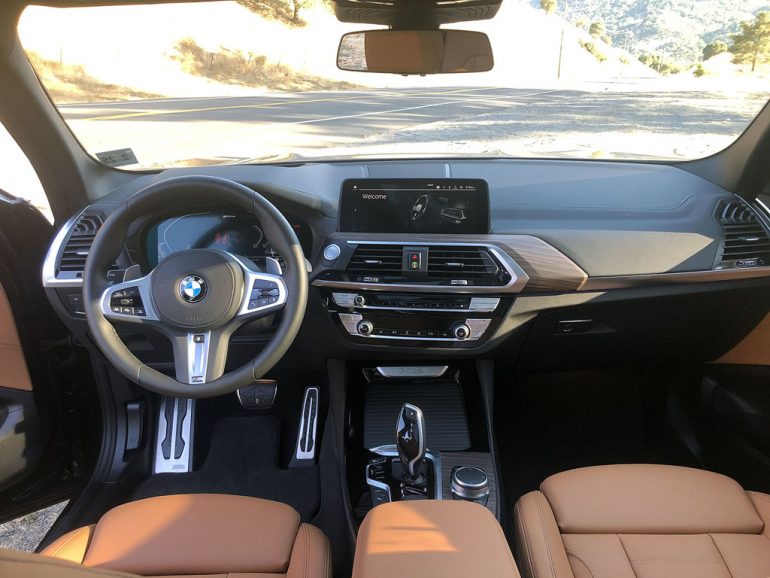 Our test vehicle came in an attractive Dark Graphite Metallic paint coupled with a striking Cognac Vernasca leather interior with contrasting stitching. The M Sport package added some black roof rails, aerodynamic touches and larger M Double-spoke wheels. Other options on our X3 included the Driving Assistance Plus and Harman Kardon Surround Sound System. The one box I wish was not checked is the Executive Package, only for the fact that it includes ‘Gesture Control’, which just annoys a person like me who uses their hands when talking. Now, if there was just a way to turn that off. 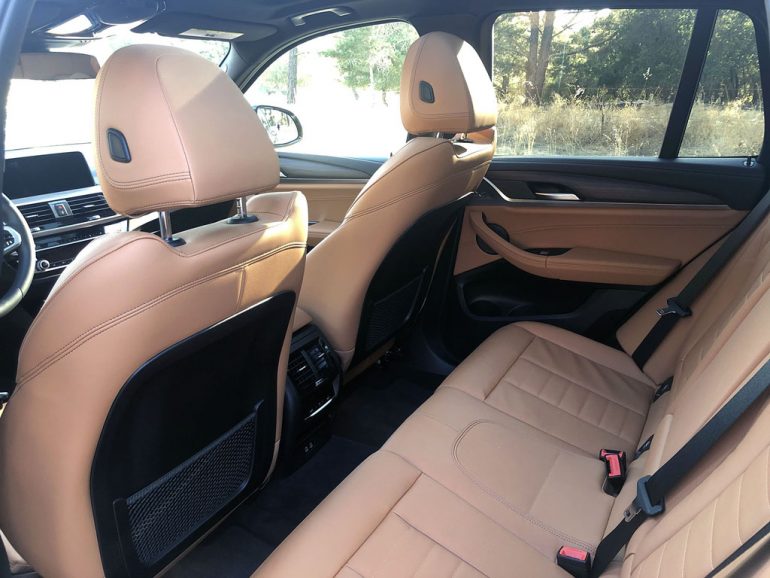 Overall, BMW has built a very compelling Plug-in Hybrid Luxury SUV here, delivering solid performance and very impressive real-world fuel economy, along with the German fit and finish you would expect. If you want your X3 to go a little further on fuel, but not ready for the pure electric iX3 coming next year, this just might be the one for you. 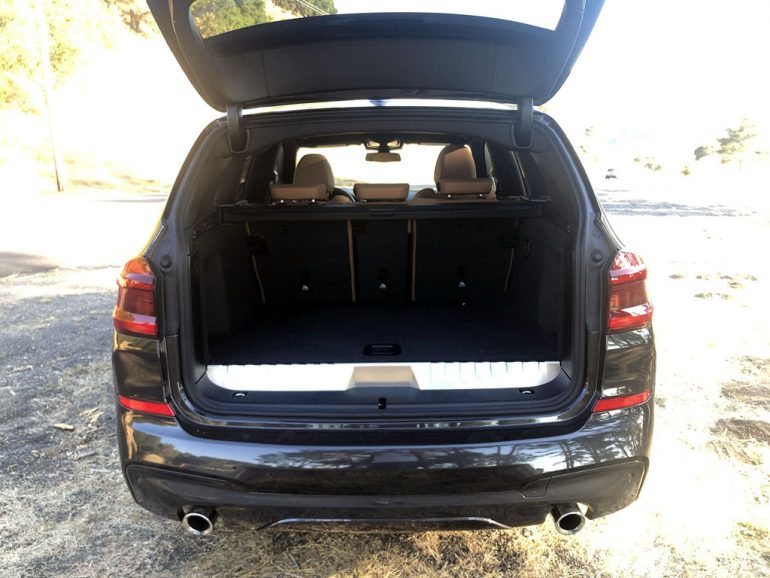