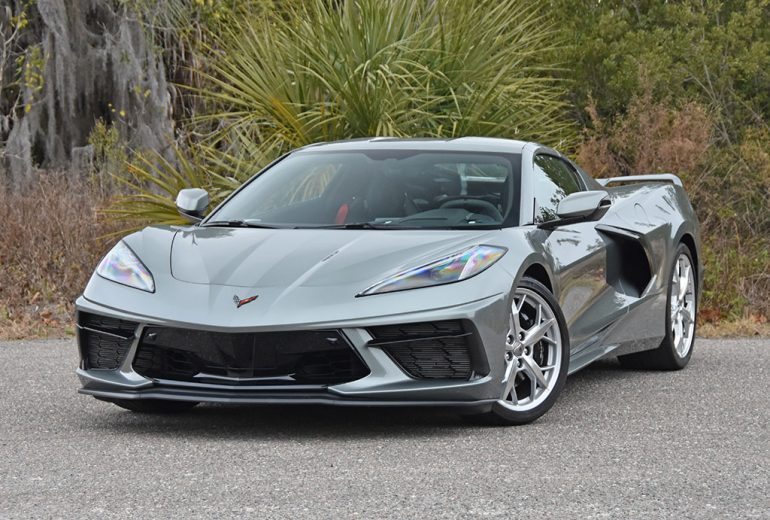 I clearly explained in my first couple of encounters with the all-new Chevrolet Corvette C8 Stingray that there are rare instances of you getting more than what you paid for. Such an instance is in the case of the new Corvette having a price tag that starts around $61k yet you feel like you got a bargain in an unbelievably engineered sports car that has many supercar characteristics, including the ability to hit 60 mph in about 2.8 seconds.

In my latest brush with the Corvette, I get the 2022 model year which remains mostly the same when it came out for the 2020 model year as a newly redesigned vehicle featuring the all-new mid-engine architecture. For 2022, the Corvette gets the availability of a few new colors and carbon-fiber trim pieces. Otherwise, there’s a welcoming presence of the formidable 6.2-liter pushrod V8 engine mounted just behind the passenger compartment that sports 495 horsepower and 465 lb-ft of torque in my test vehicle thanks to the optional Z51 package and its performance exhaust setup. Power is sent to the rear wheels meeting the pavement with 305-patched 20-inch performance run-flat tires (19-inch fronts) just after the snappy-shifting 8-speed dual-clutch transmission does its job to fire off shifts nearly as fast as Porsche’s PDK units. 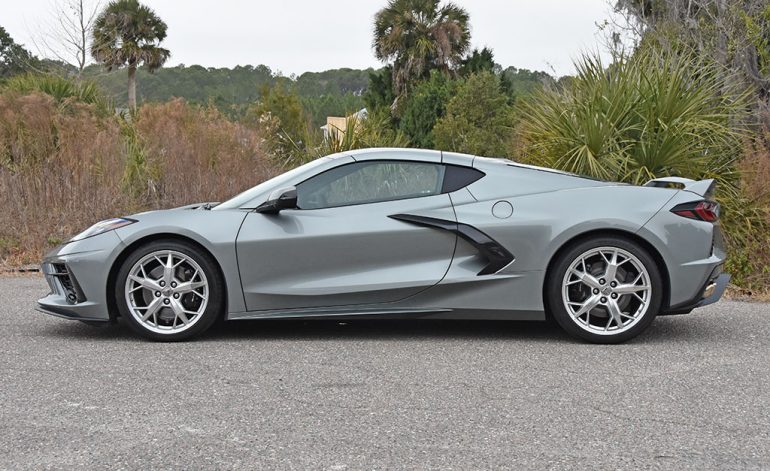 Every time I get into the new Corvette C8 there’s something magical about looking at the sticker price in knowing that you’re piloting the best performance bang for your dollar that’s around. In bringing that point home, there’s engineering in the new Corvette that goes beyond expectations from the thrust that you feel for launch-mode dashes to 60 mph in well under 3 seconds, to the exceptional ride quality from the latest magnetic ride control dampers. The only other change for the 2022 model year is the EPA-estimated fuel economy slightly decreases and now lands at 16 mpg city, 24 mpg highway, and 19 mpg combined. There’s still the clever cylinder deactivation, which seems more abrupt and noticeable in the 2022 Corvette versus previous Corvette C8 Stingray test vehicles from the previous two years. 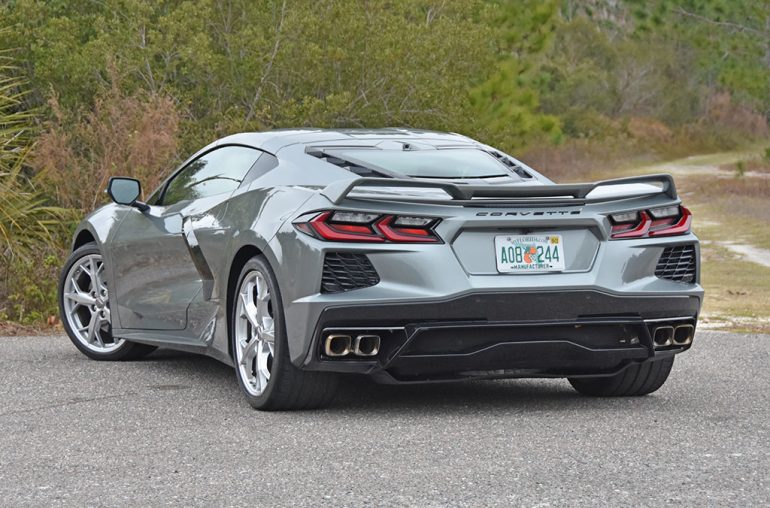 The C8 Corvette remains planted on the road without the outgoing drama that you expect out of the previous generation’s front-engine setup where the rear wheels would just light up in plumes of smoke without even trying hard. Here, the mid-engine Corvette is just different, it’s balanced and poised with a rigid chassis despite it having the ability to manually remove the roof on all coupe variations of the Vette. 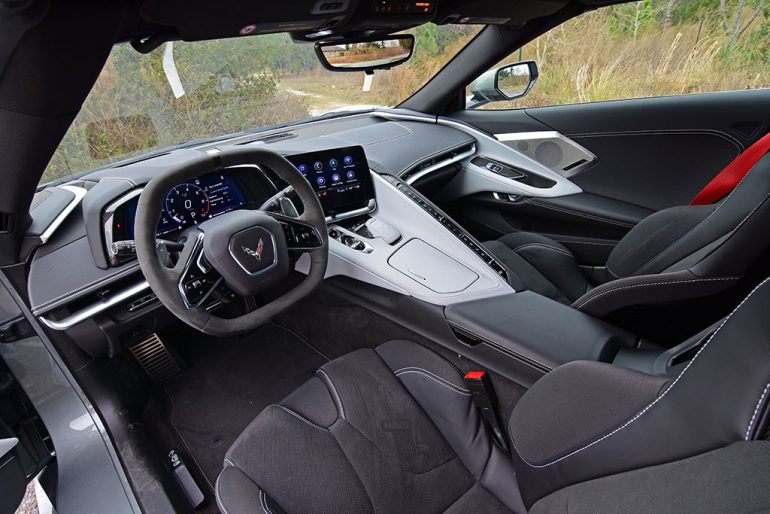 There’s also a lot of hidden innovative tech that’s afforded its engineers to include it all without adding a six-figure price. Things like the brake-by-wire system still provide ample braking if brake fluid boils during hard track sessions – basically, the electronic brake booster/pump will add extra pumping to send the trapped air through the lines if the brake fluid ever boils instead of hitting an ‘end’ as traditional braking systems do when the fluid gets extremely hot and starts to boil and your brake pedal goes to the floor. 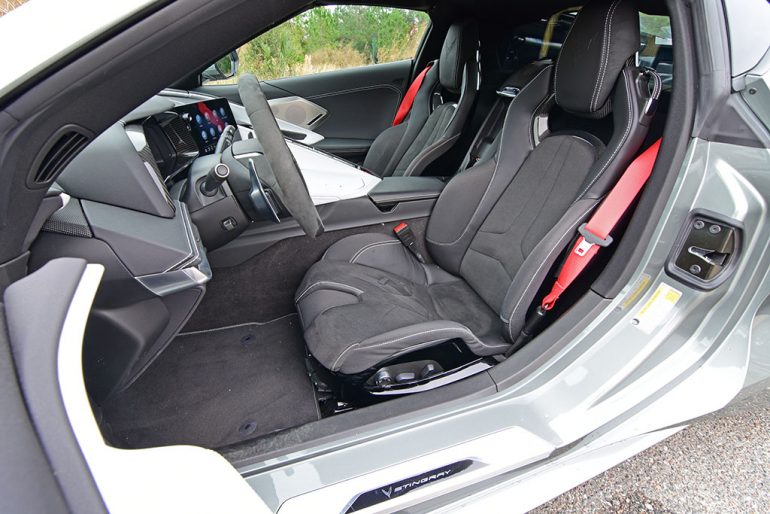 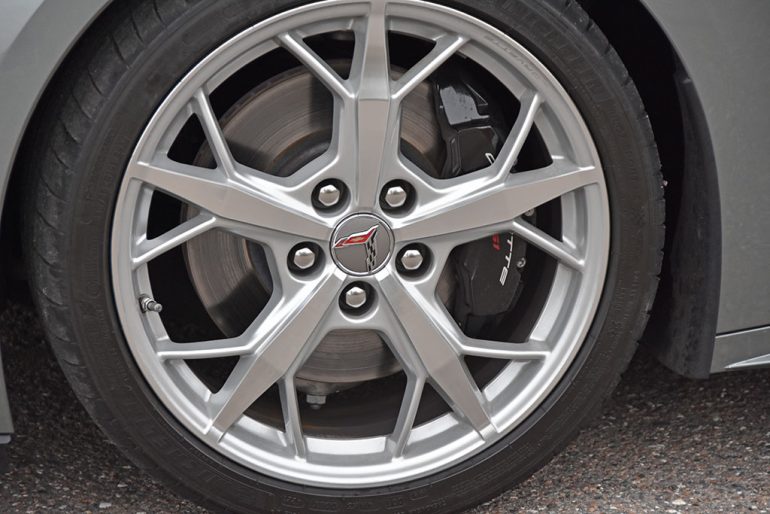 General Motors’ engineers went the extra distance to make the new Corvette C8 comfortable and adaptable, even for people like myself who are just over 6 feet tall. The unique competition sport bucket seats in my Corvette C8 test vehicle are the first of their type that I’ve experienced. In my previous reviews of the new C8 Vette, the seat choice was of a thinner seat that wasn’t nearly as padded and thick as the competition sport buckets. The comp sport buckets included ventilation, heating, and 8-way power adjustments along with 4-way lumbar support and proved to be quite comfy and body-conforming on longer drives. Otherwise, the seats did take up more space and felt a little higher, maybe leaving the driver and passenger about an inch less usable area than the other 8-way power GT and GT2 bucket seats found in my older C8 test vehicles. 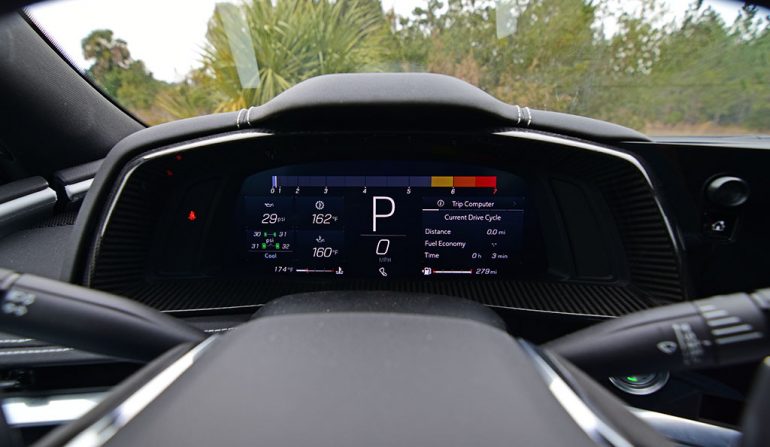 The recognition of the new C8 Corvette still has a way to go from it not quite being fully agreeable to enthusiasts for its rear-end styling, to a large onlooking audience thinking the new Vette is some Ferrari or other exotic just from a quick glance. Regardless, the new Corvette Stingray is chipping away at exotics on its own terms and undercutting the price by more than half. That makes the new Corvette special, and even more special in knowing there’s a new C8 Corvette Z06 on its way touting legit supercar performance from an engineering marvel of an engine in a 5.5-liter flat-plane crank V8 with 670 horsepower. 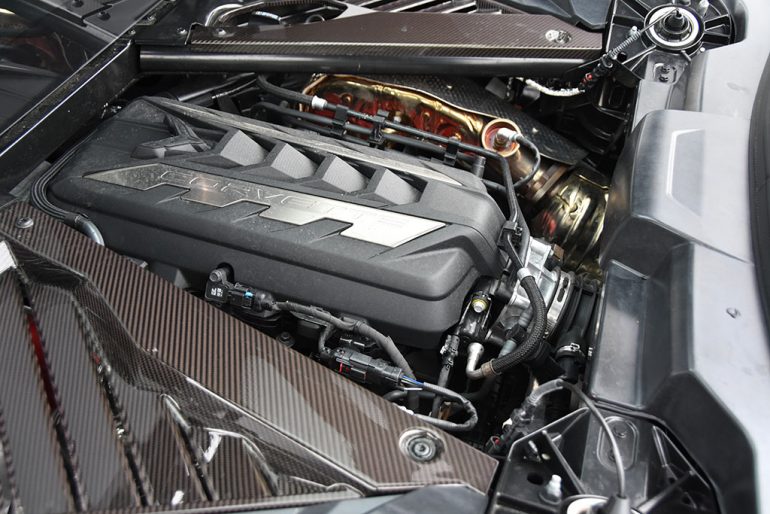 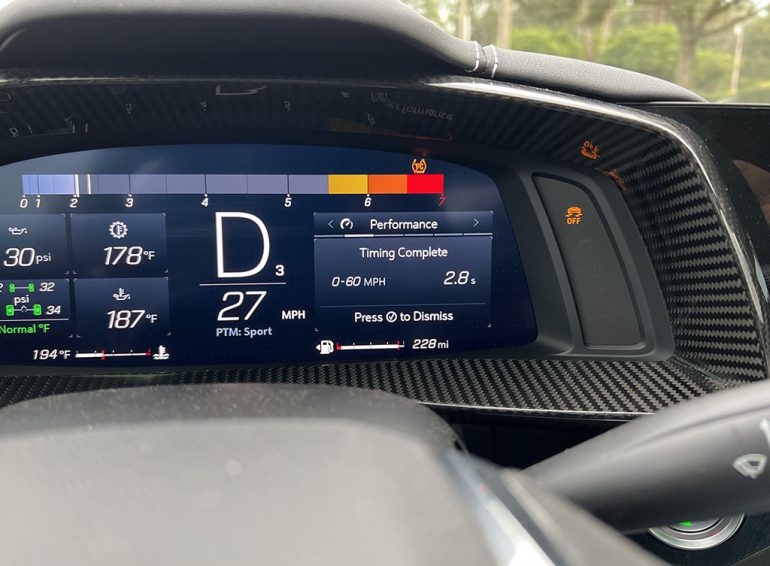