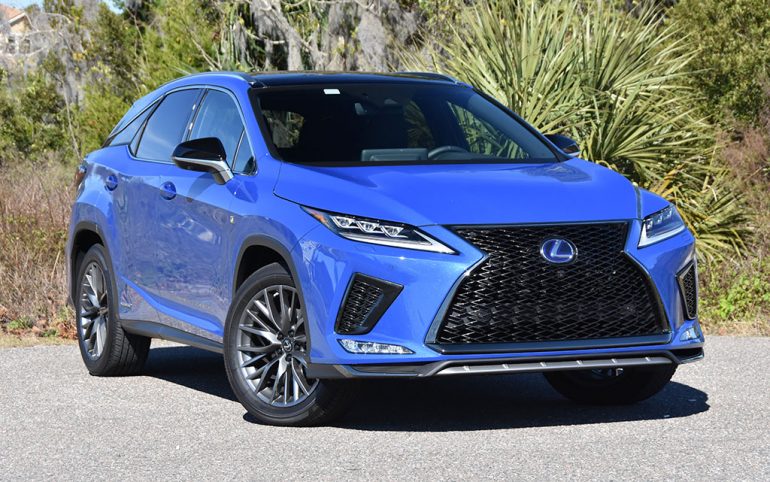 When it comes to hybrid vehicles, Toyota and Lexus paved the initial paths for the mainstream and prove to be winning in a midsized luxury crossover like the latest Lexus RX 450h hybrid. Such a vehicle is more of an endearing luxury crossover in a valued package that’s proven to be reliable and somewhat polarizing in the looks department for some, but that’s okay.

For the 2022 model year, the Lexus RX continues without much change other than now having LED foglights and standard equipment for all trim levels. Otherwise, a limited Black Line is available this year for the RX.

My new Lexus RX 450h F Sport test vehicle would nicely blend into the background of suburbia if it were not for its unique Grecian Water blue paint color. Such a color adds a nice elegance but a slight sporty appeal to the RX. From there, the styling remains to be somewhat of an acquired taste for some from the aggressive spindle grille that happens to be a dark mesh for my F Sport trim test vehicle. 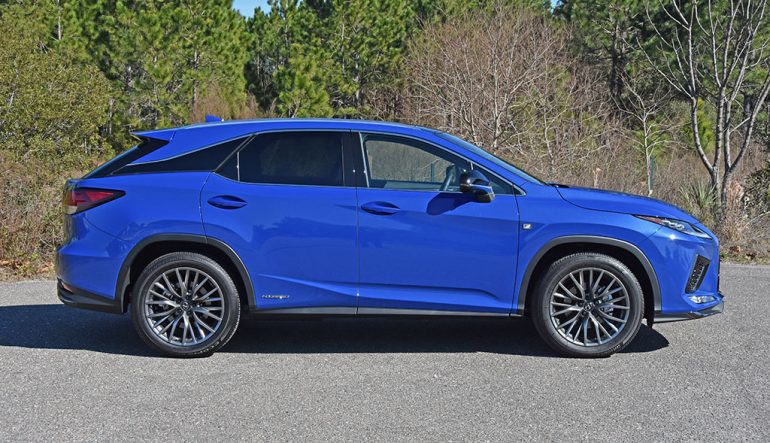 Getting into what matters in the Lexus RX 450h is its hybrid powertrain which combines a 3.5-liter V6 engine and two electric motors splitting power to all four wheels but with a front-wheel-drive bias. The performance from the hybrid setup is decent but doesn’t thrill the least bit as it takes 6.9 seconds to hit 60 mph from a standstill. Part of that somewhat long time is from the CVT (Continuous Variable Transmission) as it hinders some of the gas engine’s ability to spin up quickly from the onset. The electric motors do what they can to help give the RX 450h a little “boost” out of the hole and throughout the nearly infinite adjustment of the CVT’s gearing ratio. There’s no simulation of real gear ratios with the CVT and it does well to react quickly to throttle inputs but, again, doesn’t thrill and resides more on the side of smooth comfort instead of jarring acceleration. 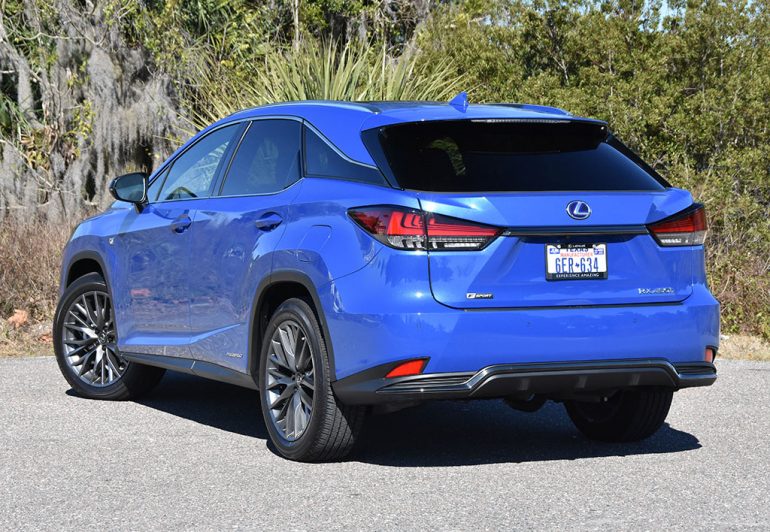 To fit the Lexus theme on things, the RX 450h is a smooth operator. The ride quality even in the F Sport trim is supple and the adaptive dampers as part of the F Sport package do good to keep the body composed and compliant for the most part. Using the drive mode selector to switch over to Sport S+ mode, which firms up the dampers slightly, provides more of stiffer ride quality but remains sponge-like and never out of the character of what you expect from Lexus. Overall, the hybrid system does a good job of power and battery management. I found that the least 2022 model year RX 450h’s hybrid system seems to retain more of a battery reserve than on previous iterations of hybrid systems from Toyota and Lexus. The battery status hardly ever drops below half, and the engine and electric motor transitions are seamless without fault no matter how quickly you demand power. 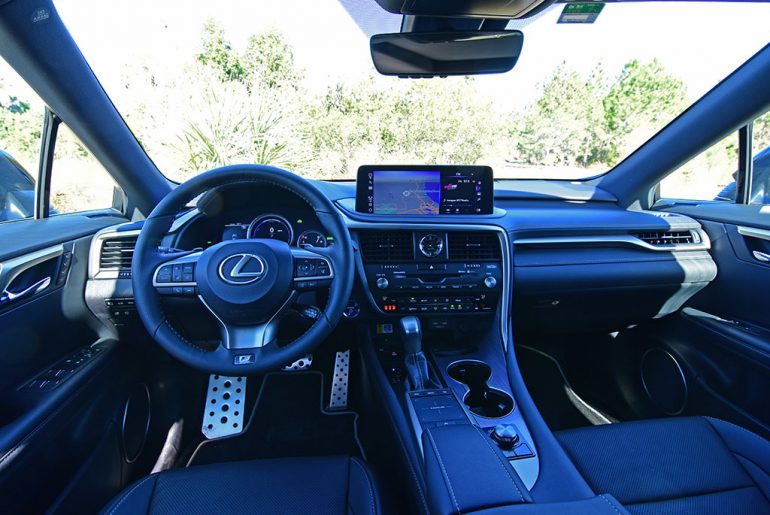 The clever hybrid power management can be used to its best advantage through the center digital gauge cluster’s status readout where Lexus, like any other hybrid from the brand, gives you indicators for where electric-only power can be used in reference to your throttle input at lower speeds. As you venture into highway and Interstate speeds the system keeps the engine running to expect needing it to keep forward momentum. The regenerative brakes are also mostly seamless without much of an issue in feeling a transition of using the regen of the motor-generator versus the use of the friction brakes. 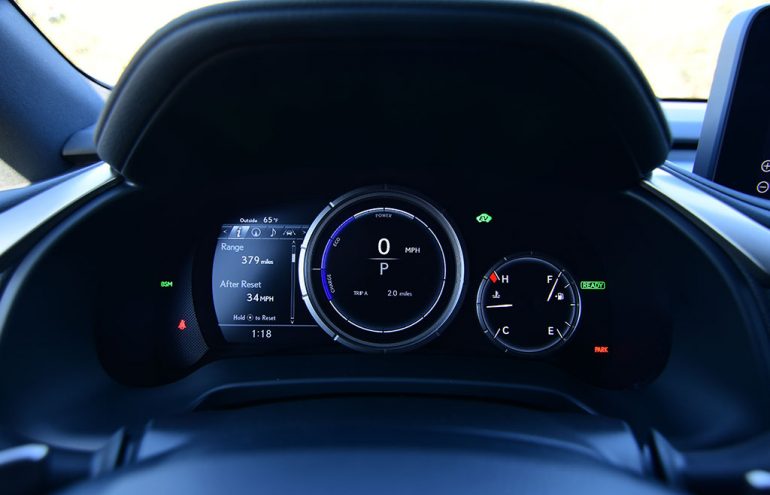 If used smartly, the Lexus RX 450h can surprise you with decent fuel consumption numbers that seldom best the EPA figures of 31 mpg city, 28 mpg highway, and 30 mpg combined. While those figures are easily attainable, your conscious use of the throttle can muster out numbers a lot higher. However, out on the highway, your mpg rating is mostly consistent with the EPA – around 28 mpg. 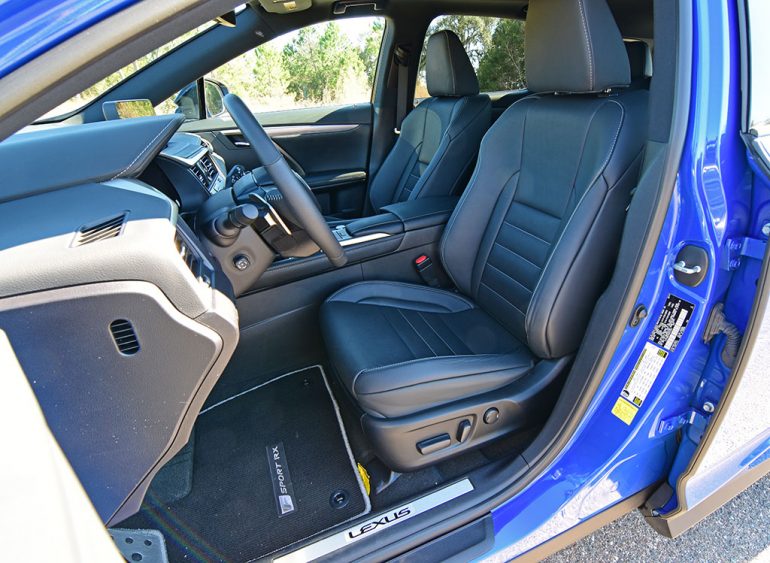 The impeccable fit and finish along with the expected Lexus build quality extends to the RX 450h and its interior, which is left mostly unchanged for this year noting the welcomed change for the 2020 model year having a new infotainment screen that is now a touchscreen unit. The interface of the system remains the same as it has been for several years as does the return of the dreaded touchpad, which can be left alone for the most part in place of physically touching the new 12.3-inch screen. 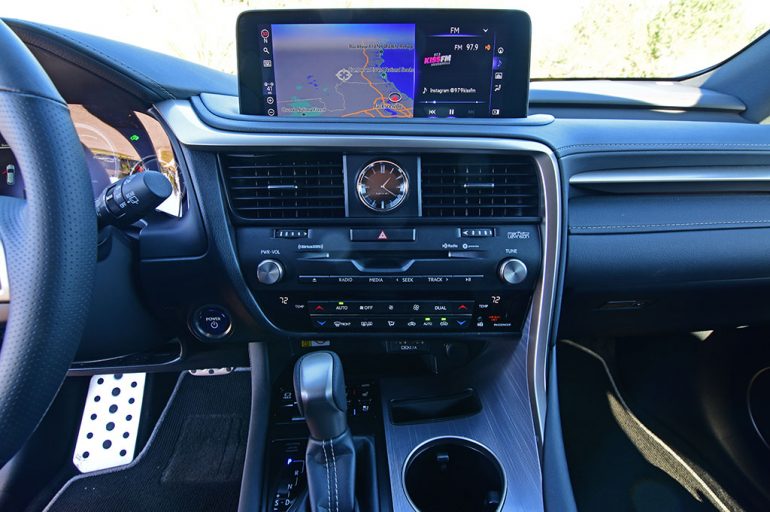 Interior space continues to be accommodating and comfy even with the F Sport trim’s sporty seats up front that are heated and ventilated. In the back, there’s just enough room to remain comfy for two adults and maybe one small child in the center. Heated rear seats aren’t an option, which is a shame for a midsized luxury crossover. Other niceties include a 360-degree surround-view camera system, Apple CarPlay and Android Auto integration linked through a USB connection to your smartphone, remarkable adaptive LED headlights, standard LED foglights with cornering lamps, a panoramic sunroof, wireless charging pad, and decently sized color heads-up display. 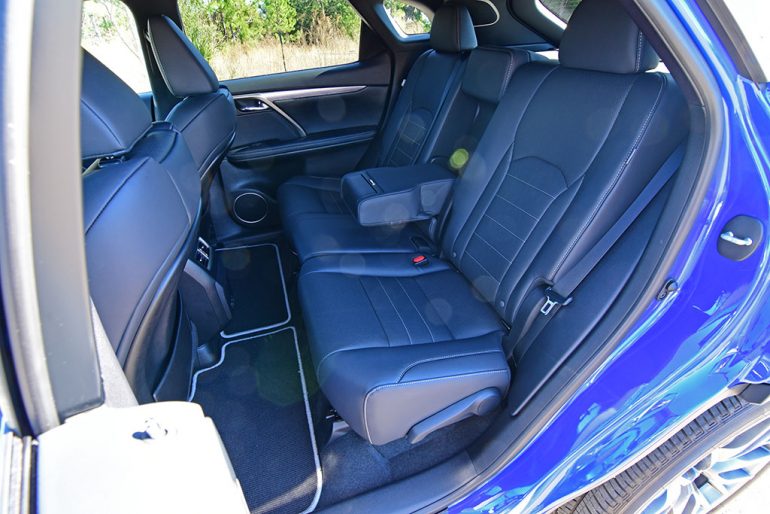 The cabin is very quiet if you’re not stomping on the throttle where the CVT allows the engine to buzz along with the typical throaty sound from the V6 engine hanging onto a high RPM. There’s a nice airtight feeling about the Lexus RX 450h when you’re just cruising along, in addition to the feel of the doors closing exuding a top-notch level of quality that you expect from Lexus. 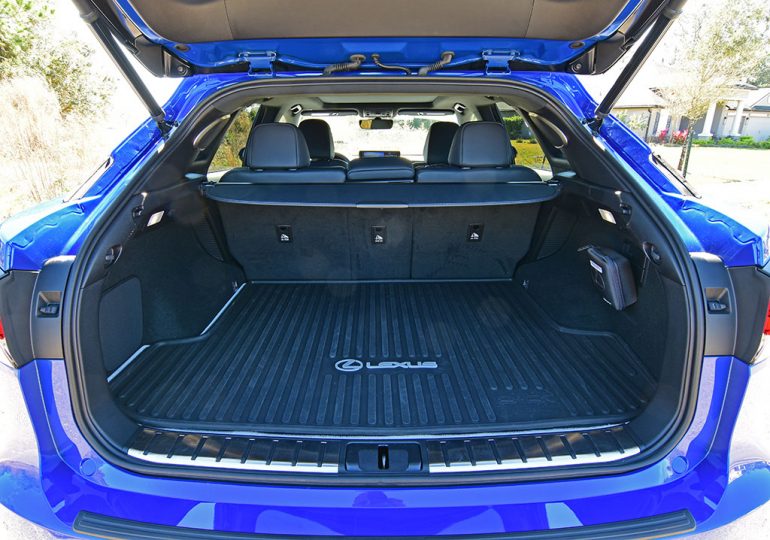 Cargo room is a bit on the small side but proves to be competitive for as long as the current Lexus RX generation has been around. Also, the rear cargo area is accessed through a hands-free power liftgate. 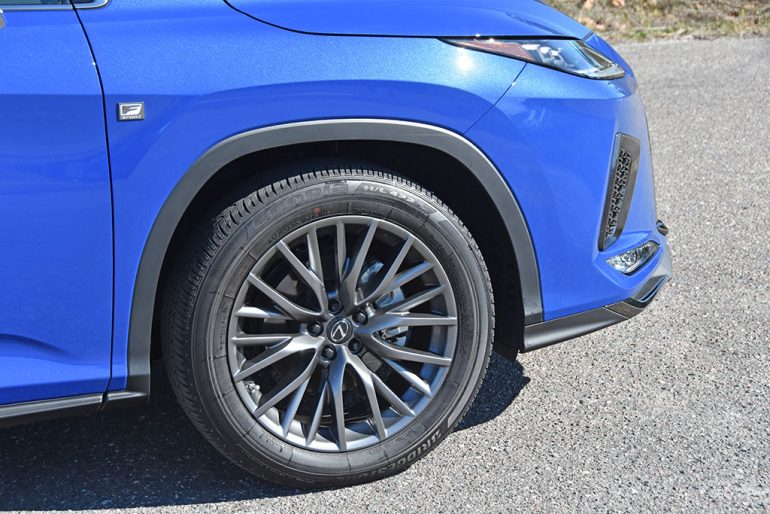 Lexus has won many over despite their unique styling mostly due to the pricing structure, which undercuts the competition from the Germans but quite a bit. As such, even in the hybrid form with an added F Sport package, the Lexus RX 450h remains to be a good value with the loaded as-tested price being $63,750 for my test vehicle that you see here, including delivery charge. The Lexus RX 350 starts at $46,645, and the RX 450h starts at $49,345 all before any options or fees.