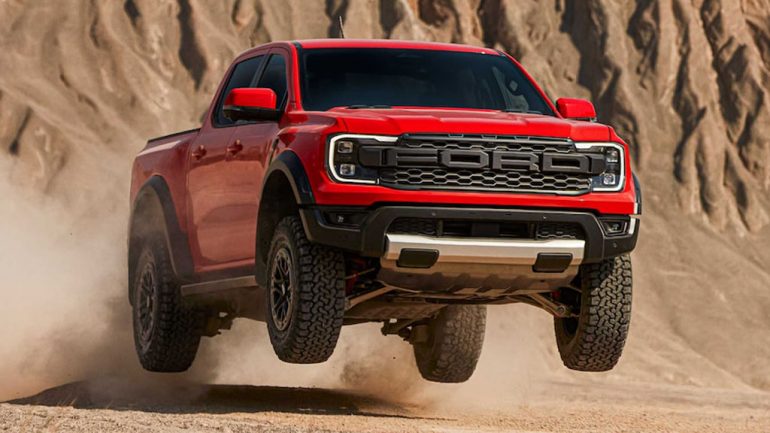 The Ford Motor Company is not only a pioneer for all that’s automotive, but they have been at the forefront of introducing performance/hard-core off-roading variations of their trucks (and SUVs) with the latest to get the Raptor treatment being the all-new Ford Ranger Raptor that’s now destined for America.

The 2023 Ford Ranger Raptor is finally coming to America in what we see here, a wider and more fierce variation of the current Ranger that we recently had a brush in a few months back. Where things get exciting in the new Ranger Raptor destined for America start with its twin-turbo V6 that outputs 392 horsepower and 430 lb-ft of torque. The new engine is mated to a 10-speed automatic transmission that has individual boost profiles for each of its gears. 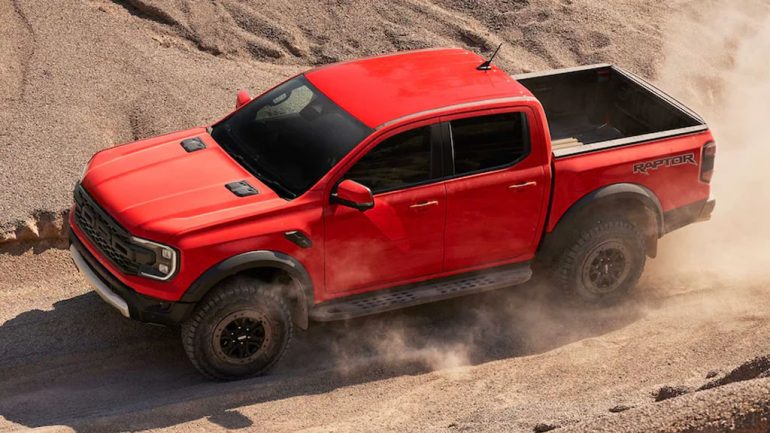 With the new Ranger Raptor, Ford brought out a few more tricks by adding an active exhaust system with four profiles, Quiet, Normal, Sport, and Baja, which can be dialed up through a steering wheel button. There’s also a trick antilag option to momentarily increase turbo response by building boost – because why not! 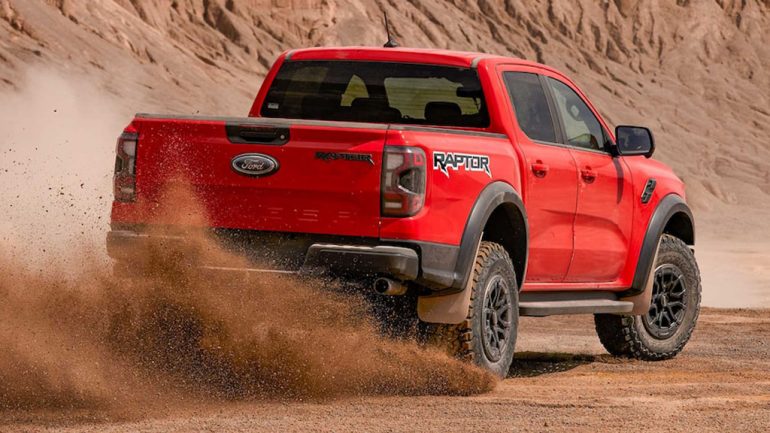 To get down and dirty, the new Ford Ranger Raptor gets 2.5-inch Fox Live Valve shocks filled with Dupont Teflon-infused oil for special dampening characteristics when performing jumps or offer a smooth ride out on the road. There are a multitude of terrain modes and a Trail Control feature to mitigate traction on certain off-roading surfaces. It will ride on available 33-inch tires wrapping 17-inch wheels. No word on if beadlocks will be available as of yet. 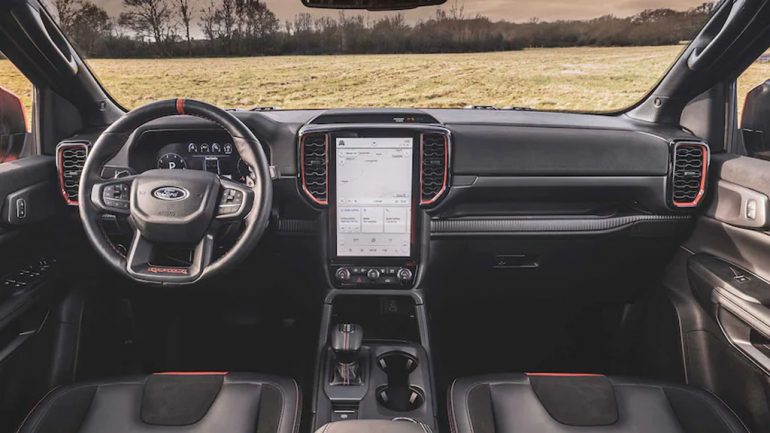 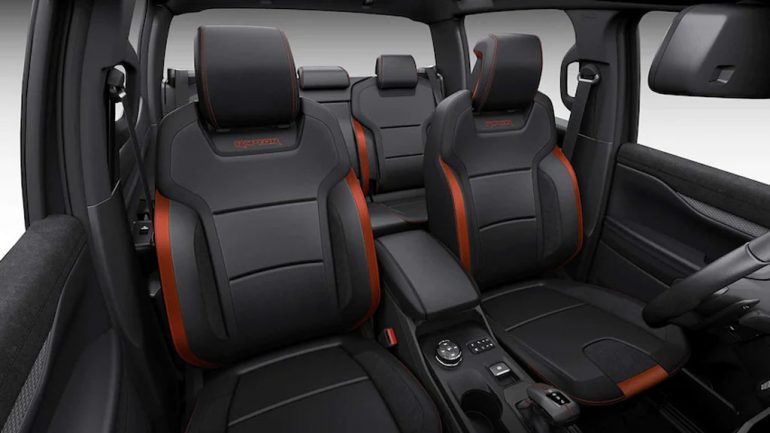 We look forward to learning more about the new 2023 Ford Ranger Raptor as we get close to an official American release date “early next year” as Ford says.