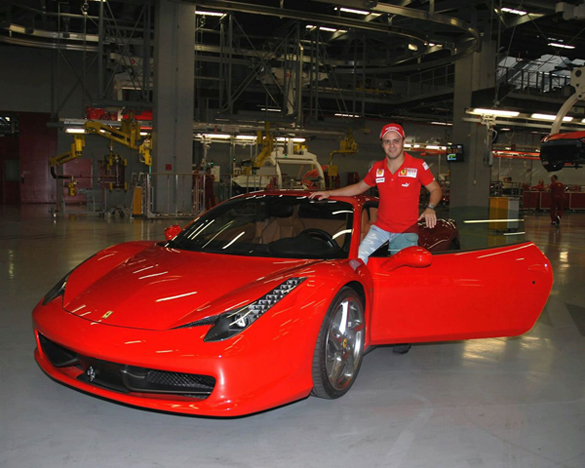 Felipe Massa is back at Ferrari after a major accident in July in Hungary after a spring from a Brawn GP car came loose and flew up off of the track to hit Massa in the brow while he was traveling at 150MPH. After suffering heavy injuries to his skull and nearly losing his left eye, Massa has been out of the driver’s seat ever since undergoing several surgeries and taking the slow road to recovery. Not surprisingly, Massa’s accident was one of the worst since the death of Ayrton Senna at Imola in 1994. 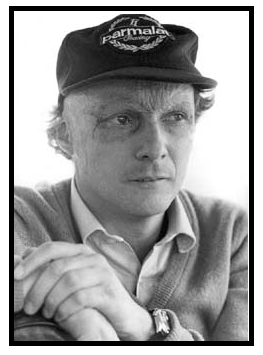 However, Massa is not unlike Niki Lauda and his incredible 6 week recovery after his frightening crash at the Nurburgring in 1976 – also bringing an end to Formula One racing on the old ‘Ring as everyone knew it. Ironically, both Massa and Lauda raced for Ferrari at the time of their respective accidents. And, even more ironic, in both drivers’ absences, people were jockeying for their spots and trying to edge them out of the picture. Lauda found himself at the mercy of Enzo Ferrari who was said to have been completely dispassionate  and looking for full-on replacement drivers as Lauda clung to life. Only a few weeks later, Lauda fought back and was found in the driver seat, covered in bandages, competing to stay in contention for the driver’s championship.

These days, Felipe must feel just like Niki Lauda did after his accident with everyone vying for his seat. First Schumacher tried to make a come-back taking Felipe’s seat, then came Badoer and most recently Giancarlo Fisichella. While nobody has been able to step into the seat with success yet, it must weigh on him that in only two months 3 the people who have been shaking his hand and wishing him a speedy recovery are trying to take his job. Lauda was called “The Computer” for his cold, calculating approach to racing. Massa seems to be driven much more by passion and in this promotional video released by Ferrari for the new 458 Italia – it looks like Massa has lost some of that passion. 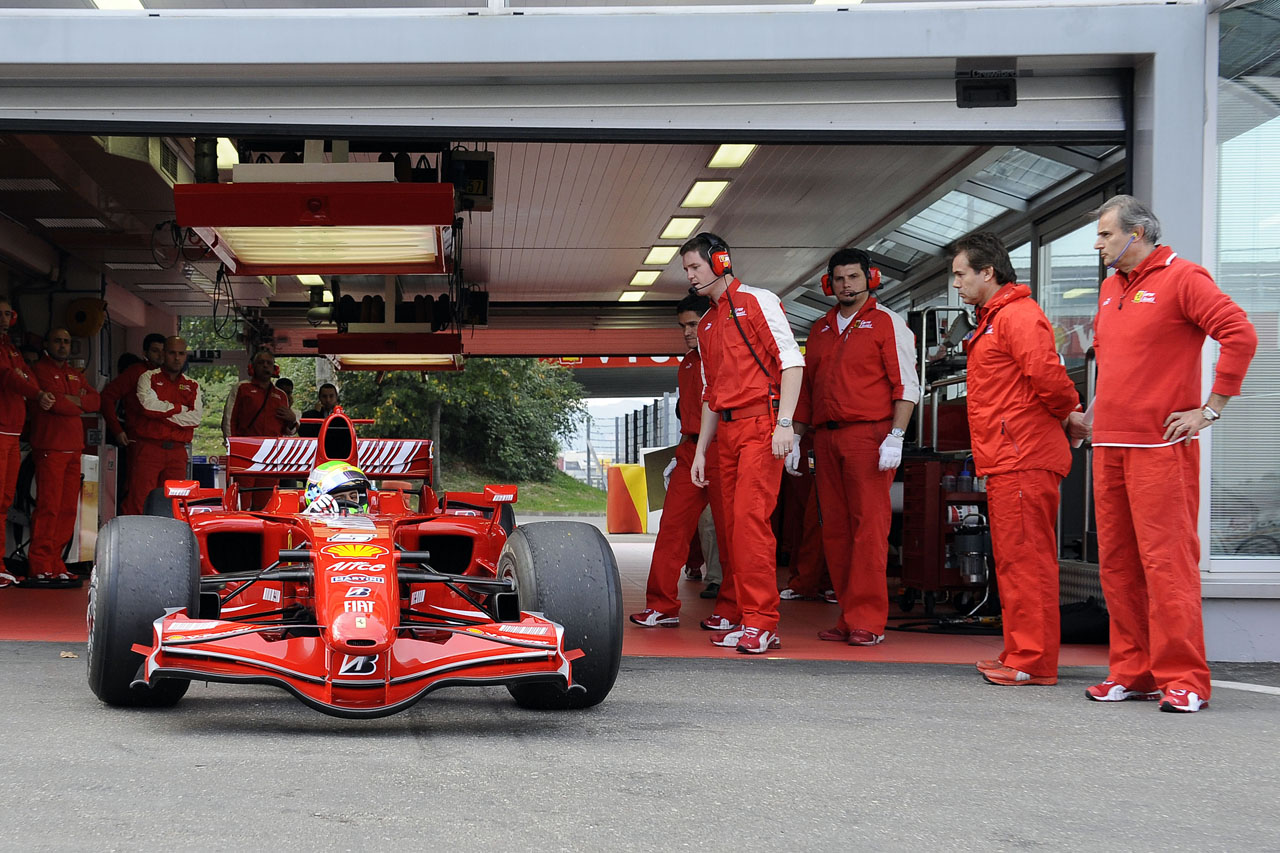 Still sporting visible scars from his shunt in July, Massa is seen getting a gushing, over-the-top welcome back that seems very put on and fake to benefit Massa – who appears to have only a passing interest in the new Ferrari sports car. Perhaps we’re reading too much into it but the Ferrari staff and their demeanor just seem to try and mask all that has gone on since Felipe left. However, we’re counting on Massa for next year to prove Ferrari wrong, just as Lauda did after his accident, and that he has the fight left in him and will continue his streak of one of the best drivers of the Scuderia of the last decade.

See the video of the questionably styled all new 458 and the tiny Brazilian behind the wheel.