Last fall, many will remember the unusual rivalry that came about between Porsche and Nissan all of which centered around the famed Nurburgring. Nissan’s then-new GT-R was said to turn a near unheard of lap time in stock trim around the ‘Ring while Porsche rebutted that Nissan’s new super car couldn’t beat their own Turbo or GT2’s lap time. 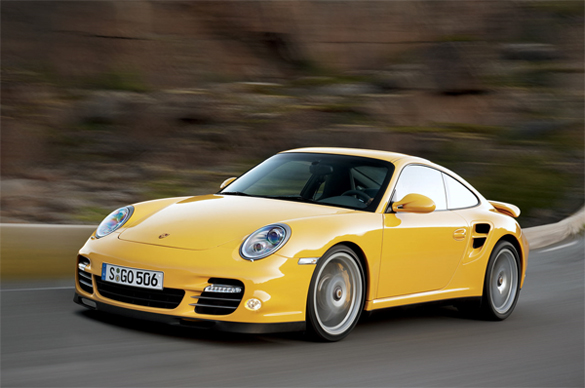 What followed was a series of press releases and on-board timed videos as well as questions to what constituted full lap of the ‘Ring. It all became a bit silly watching two automotive giants duke it out over a strip of German asphalt in the name of improved lap times for marketing and bragging rights. Thankfully, it all quieted down.

That is until now. Porsche has just released information on the updated 2010 Porsche 911 Turbo – one of the most storied models in their line-up. Given last year’s battle royale with Nissan, the boys from Stuttgart aren’t pulling any punches. The revised Turbo weighs in 55 lbs lighter – something good to see companies paying attention to – and another 20 horsepower stronger than the 2009 model. Part of the additional horsepower comes from the fact that Porsche bumped the displacement of the engine from 3.6L to 3.8L along with the addition of direct injection. Over all, Porsche has slashed about 10 seconds from the existing Tutbo’s Nurburgring lap time to a highly impressive 7:39. However, this still puts Porsche 10 seconds off of the supposed pace of the Nissan GT-R according to Nissan’s figures – we’re already waiting for the Nurburgring times to be verified by each company.