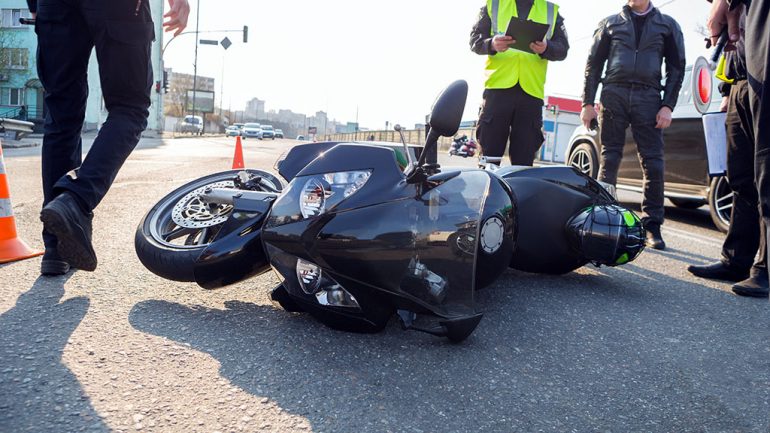 Also in California, a motorcycle accident is considered a “serious injury” by the state’s Department of Motor Vehicles. This means that if you are in an accident, you will have to file for personal injury protection (PIP) benefits, which will cover your medical expenses and lost wages.

When it comes to the average settlement for a motorcycle accident, the amount of damages that a victim receives mostly depends on the severity of their injuries, the liability of the party they are suing, and whether they are partly liable for the crash. This is why it is important for victims of motorcycle accidents to understand what factors affect settlements in California.

Being a fault-based auto insurance state, California considers the at-fault party liable for the damages incurred to the rider. They also determine if more than one party caused the fault since they also operate under the comparative negligence doctrine.

The more there are available facts pointing towards one party, the higher the percentage of negligence falls on them. The level of negligence will be valuable when calculating the settlement amount. To ascertain such, a lot is put into consideration including the availability of witness reports and statements and the assessment of the collision reports and photos.

Damages play a very critical role in determining the total settlement to be awarded. That’s why the plaintiff has to prove how ‘bad’ they were injured following the motorcycle accident. Therefore, it’s important to ensure you keep a copy of the doctor’s report showing the injuries you sustained.

Additionally, you will have to prove the defendant is partly or fully to blame for your injuries if you are to get the maximum settlement. Common factors used to determine the compensation of damages include:

Medical Expenses: This includes medical bills incurred both in the past and future because of the motorcycle accident. This could be on-site treatment, ambulance rides, Emergency treatment, and all other physician bills.

Lost wages and Reduced Earning Capacity: Such an accident will likely put you out of work for an unforeseeable future. Some people might never return to their occupations following a permanent disability. Hence this is an important factor when calculating damages and settlements.

Pain and Suffering: Not all damages you can attach billings to. Some are emotional anguish resulting from interruption from their quality of life. Despite being intangible, they must also be factored in when awarding a settlement.

Punitive Damages: These damages are reserved by the court to punish the said defendant if it was their malice that resulted in the collision. An example is a DUI driver who caused the accident by driving while drunk.

Motorcycle accident settlements in California are determined by the severity of the accident, the type of injury, the medical expenses, and other factors like the liability of parties involved. Since a motorcycle accident can lead to serious injuries for the rider, it’s important to understand the factors considered when calculating settlements. Engaging an injury lawyer will also help ensure you get the much-needed legal insight.