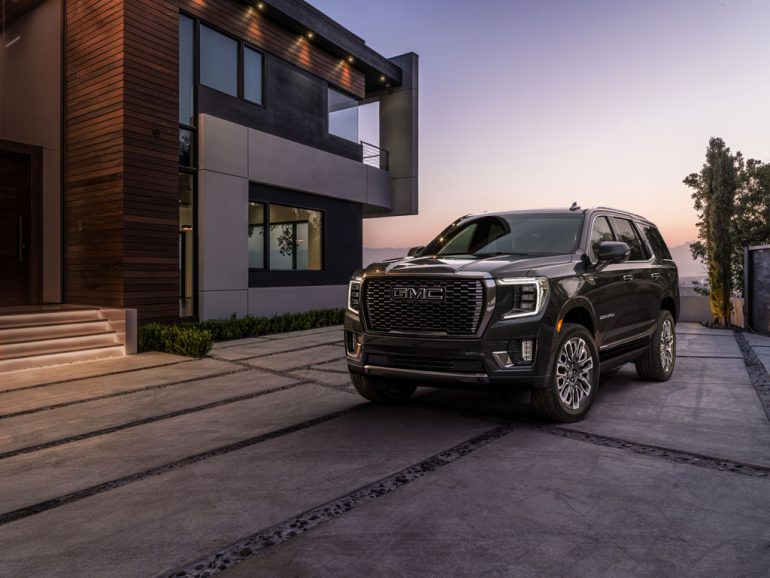 There’s always been a debate over the GMC Yukon Denali being a bargain Cadillac Escalade. Sure, that may have been the case man years ago but now the Cadillac Escalade truly brings something different to the luxury table apart from wearing a Cadillac badge. However, there’s a new Yukon Denali Ultimate trim in town that elevates the current Denali even more that may have some potential Escalade buyers reconsidering.

GMC has introduced a new Yukon Denali Ultimate trim to the lineup that adds desirable luxury features and a unique style that had some buyers moving a bit up the chain to the new Escalade. While both the new GMC Yukon and Caddy Escalade share many foundational components, they do have some differences that may justify the pricing scale for each. However, with the new Yukon Denali Ultimate trim bring some never-seen-before goodies to the Denali line, such as massaging front seats, full-grain leather seats for all three rows, Super Cruise, new open-pore woodgrain trim options, unique 22-inch wheels, exclusive exterior chrome accents, a unique front fascia, and an 18-speaker Bose Premium Series audio system with front seat headrest speakers, there’s a lot ‘more’ to now consider. 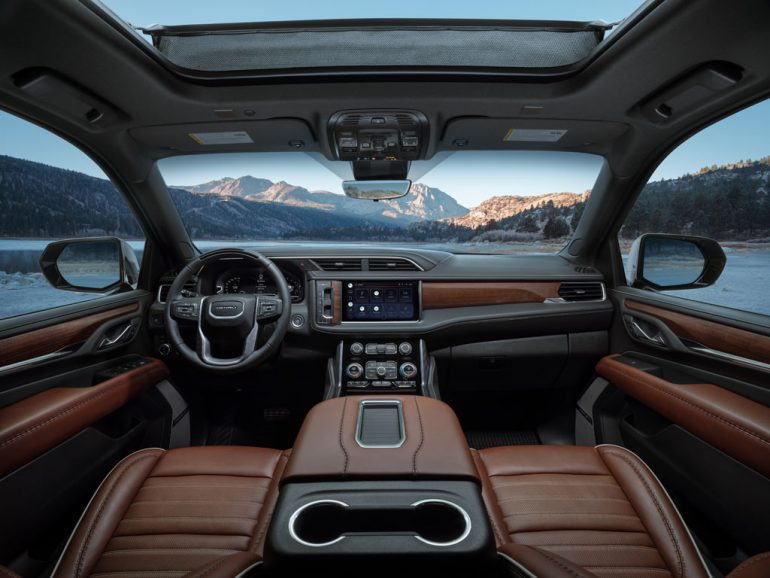 In my previous reviews of both the new GMC Yukon Denali and redesigned Cadillac Escalade I point out many differences but there’s the obvious sharing of platforms and drivetrains that make these GM mammoths quite similar. In knowing the similarities, such as both using the same 6.2-liter V8 with 420 horsepower and 460 lb-ft of torque (or Duramax 3.0L Turbo-Diesel) mated to a 10-speed automatic transmission, and a trick air suspension system with magnetic dampers, the choice is hard for some but easy for a few if they are champions of the unique elements offered in the Escalade over the GMC Yukon Denali. Otherwise, there’s a bargain to be had in the Yukon Denali and in the new Yukon Denali Ultimate that we expect to still undercut a similarly equipped Cadillac Escalade. We will know for certain when GMC announces the price this June just before deliveries begin in the Fall.