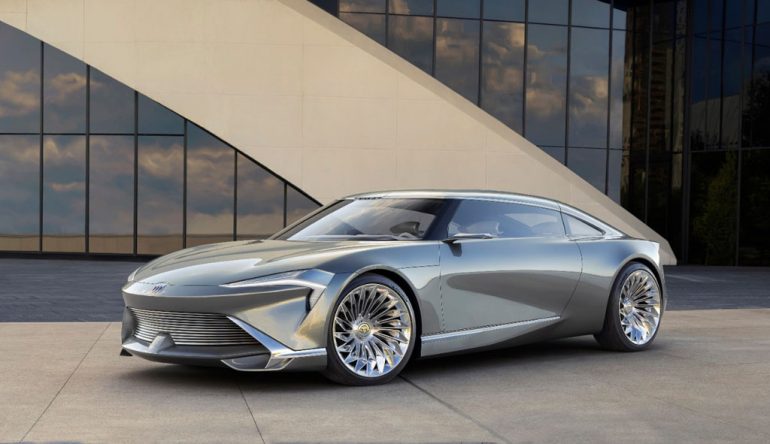 We could make plenty of jokes about how Buick is on life support in America and how they could use a literal jolt in the form of some new exciting electric vehicles to gain some newfound recognition. Surprisingly, Buick is stunning the world with a preview of the Buick Wildcat EV (electric vehicle) Concept, a vehicle that is certainly turning heads and wondering what Buick is really up to for plans to become fully electric by 2030.

The Buick Wildcat EV is a stunning coupe concept, and we don’t know if we should keep our hopes up for something like this to ever hit production or chalk it up as another letdown just like the Buick Avista concept that could have been an earth mover if it were brought to production. Either way, Buick is showing out and flexing the muscles at the design tables of General Motors once again. 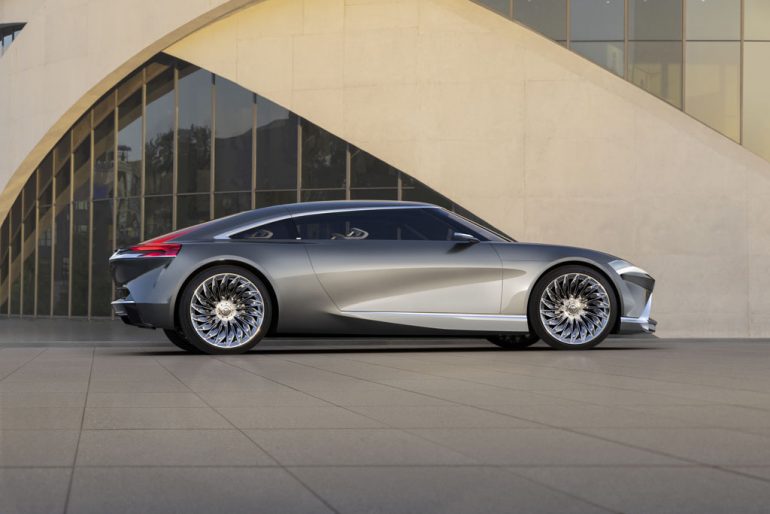 With Buick slated to have their first EV ready and on sale in 2024, the Wildcat EV Concept we see here could very well be a direct inspiration for a new EV coupe from Buick and legitimately set the brand in a new direction winning over Americans of all walks of life, and certainly the “cool kids.” 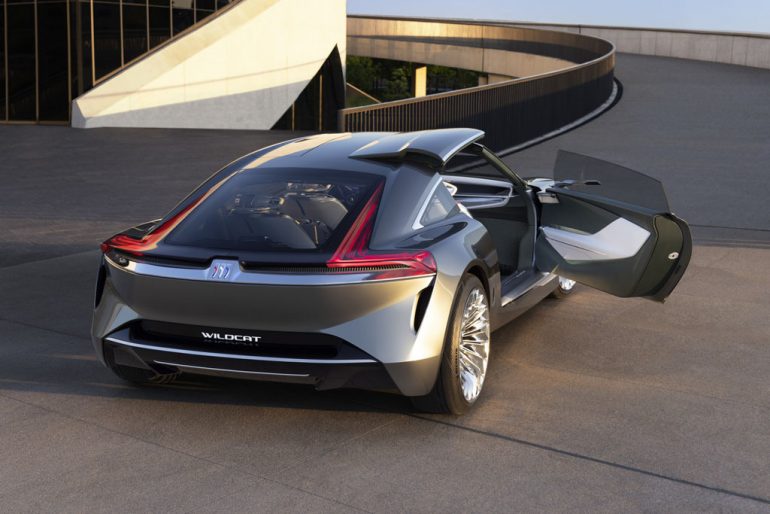 From the looks of the Buick Wildcat EV Concept, we could very well see much of the design making it to production. Of course, it will all come at a premium price because designs like this aren’t easy if you don’t dumb it down. There’s a lot to digest in what we see in this 2+2 coupe concept from the semi-swing doors that have a lifting roof to the 18-spoke “turbine” wheels and the hatchback glass. Buick knows how to stun with a concept vehicle – only this time it not only stuns with its looks, it stuns with its electrification. 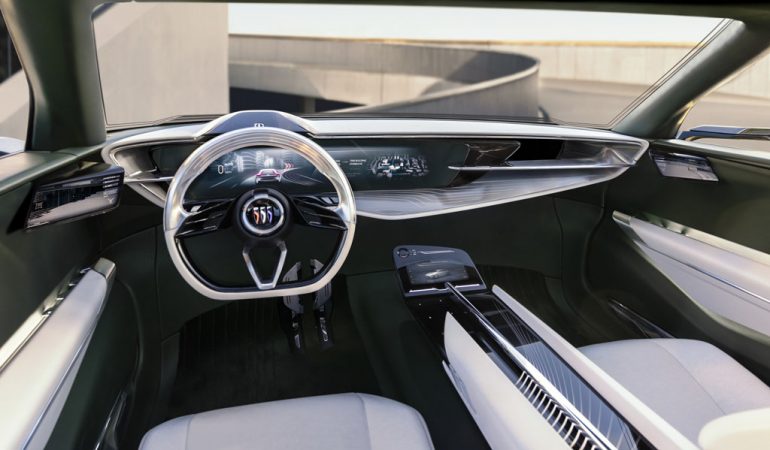 We can only keep dreaming and hoping that such a vehicle like this makes it to production in a “stunning” form like what we see here. For now, we will have to wait it out and let the bean counters and engineers figure out a way to not let us down with Buick’s first EV due out in 2024, which could very well be something derived from the Buick Wildcat EV Concept.

The Buick Wildcat EV concept conveys the all-new design language that will influence Buick production models for the foreseeable future as the brand transitions to an all-electric future.

Buick Wildcat EV concept rear three-quarter with distinctive semi-swing doors that open on the passenger side.

The Buick Wildcat EV concept features cantilevered headrests that appear to be floating.

The Buick Wildcat EV concept features a touchscreen on the instrument panel and complementing screen on the console.

Buick’s new tri-shield logo. The new badge will be body-mounted onto the front fascia of Buick products starting in 2023.