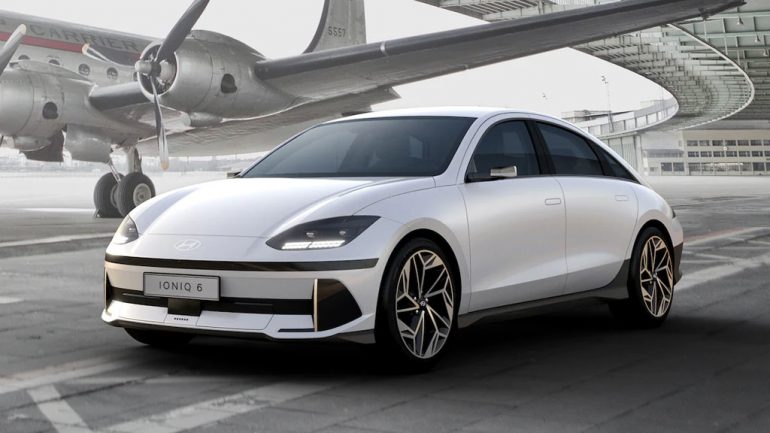 The EV (electric vehicle) movement is gaining speed in more ways than one, and Hyundai is poised to be a frontrunner in a newfound force of the forthcoming mainstream EV market. To bolster the movement, Hyundai gives us a preview of their upcoming Ioniq 6 EV, which could be a literal challenge taken to Tesla given what we see here in a coupe-styled sloping roof EV sedan.

Hyundai’s EV goals are aggressive as they have set out to spend $16 billion to bring us 30 EV models by 2030 with a target to sell 3 million vehicles a year. Such a goal will be supported by vehicles like the 2024 Hyundai Ioniq 6 built on the company’s E-GMP EV platform that will feature 800-volt architecture for exceptionally fast charging, just like we find in the Hyundai Ioniq 5. 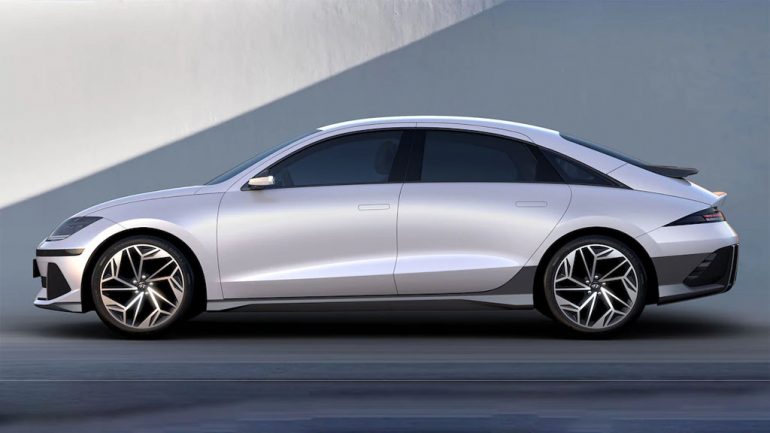 The unique proportions of the Ioniq 6 are part of its 116.1-inch wheelbase giving passengers plenty of knee and legroom whereas EVs have the battery pack low in the floor for lower seating positions. 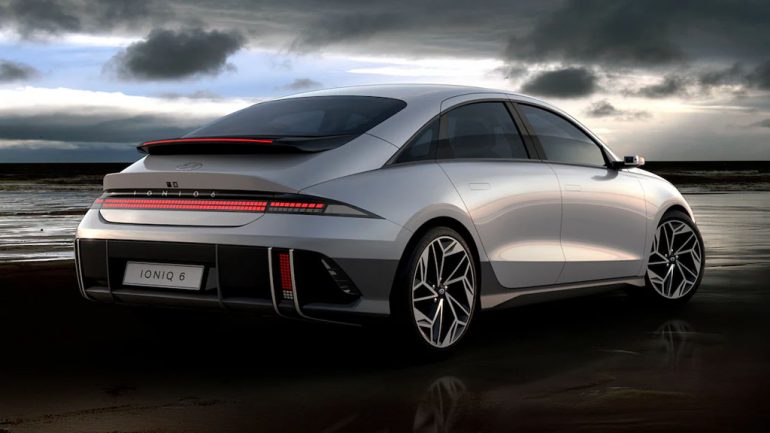 The styling of the Ioniq 6 is certainly different but somewhat follows what we have been accustomed to in vehicles like the Mercedes-Benz CLS, an innovator of the coupe-like style in a 4-door sedan. That special styling is very functional as the Ioniq 6 has a claimed drag coefficient of 0.21, which makes it just as slippery in the wind tunnel as the Tesla Model 3. 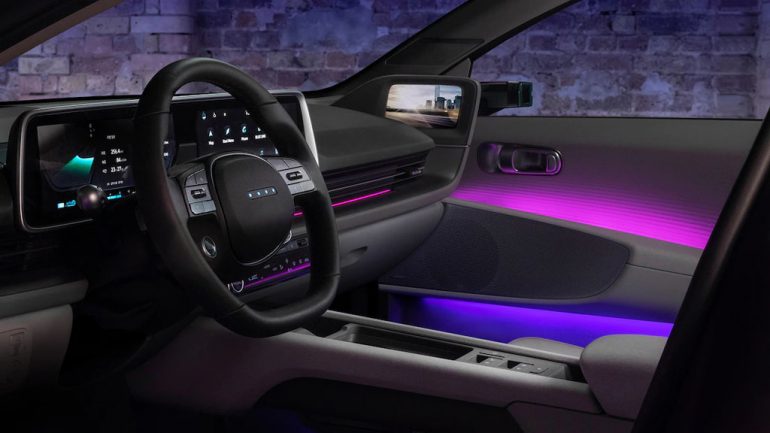 There are many other unique design aspects that take a sliver of a page from other vehicles like the rear end being somewhat Porsche-like and the Interior having a minimalistic approach even though it has two 12-inch screens, one acting as a touchscreen for the latest infotainment system. Other specialized interior aspects are the recycled materials used throughout, including leather dyed using flaxseed oil or the fabrics coming from recycled plastics. 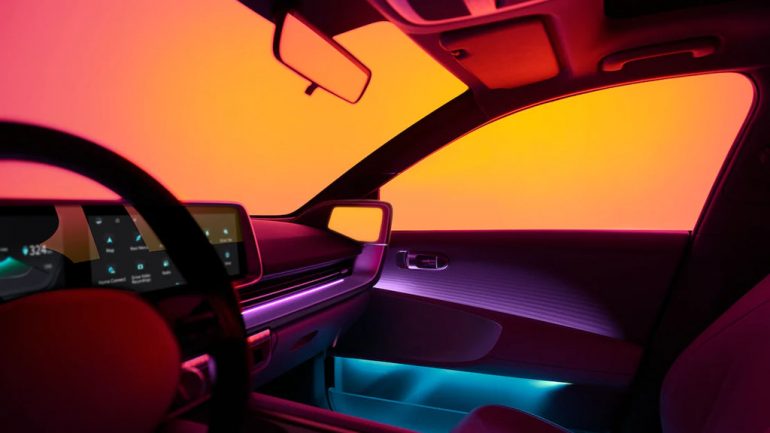 Overall, the Hyundai Ioniq 6’s interior looks and will feel premium, elevating what we find currently in vehicles like the VW ID.4. Yes, Hyundai is stepping things up a few notches where there are traits that set it apart like the variable ambient lighting that is bounced off of surfaces of the door panels, so you never really see the lighting source. There are even lighted pixels that change color to represent the Hyundai emblem on the steering wheel and its charging condition. The front hood badge along with the headlights and taillights are also dynamic made up of over 700 Parametric pixels throughout. Hyundai isn’t messing around, here! 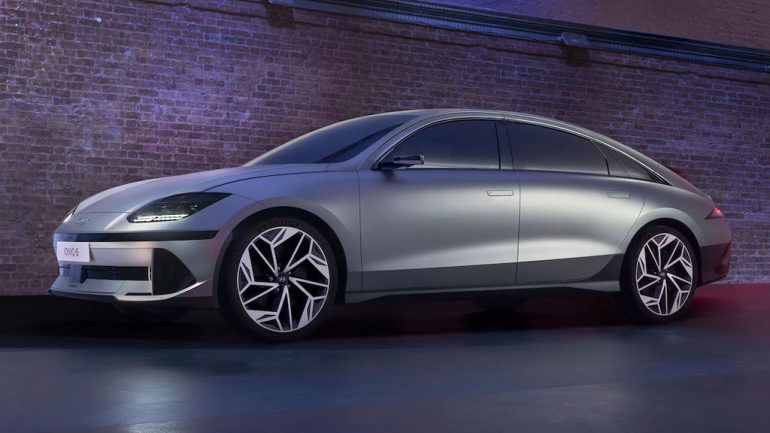 The best part of the Hyundai Ioniq 6 is that it will be priced below the Tesla Model 3 when sales commence next year. We suspect that price will be under $48,000 for the entry-level RWD model.