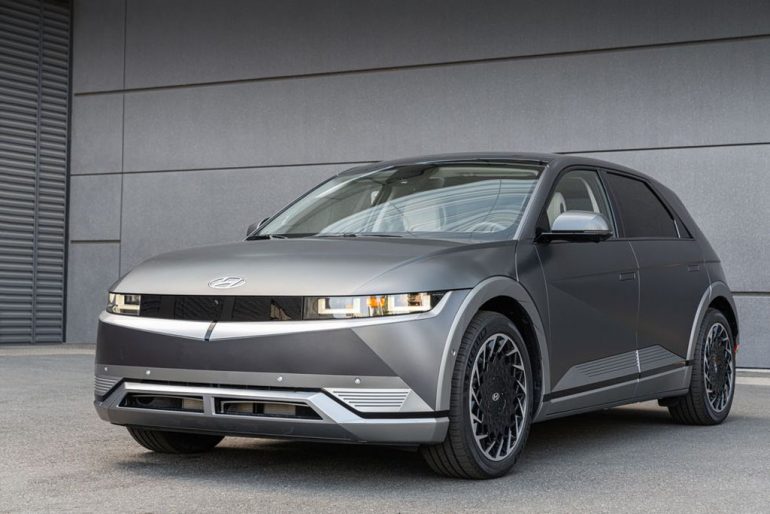 If you’ve taken note of many of our new car previews as of late, a good portion of them are new electric vehicles (EVs) as we journey into a near-future where EVs dominate the automotive landscape. With that, Hyundai is one of many brands that is serious about bringing us some innovative EVs with the new Ioniq 5 being one that’s nearly ready for primetime.

The new 2022 Hyundai Ioniq 5 EV is a compact-sized CUV (crossover utility vehicle) that shares a platform with the new Kia EV6, which we previewed a few months ago. The Ioniq 5 has a unique look, one that attempts to pull off a retro-style but using new innovations and clever LED lighting elements. 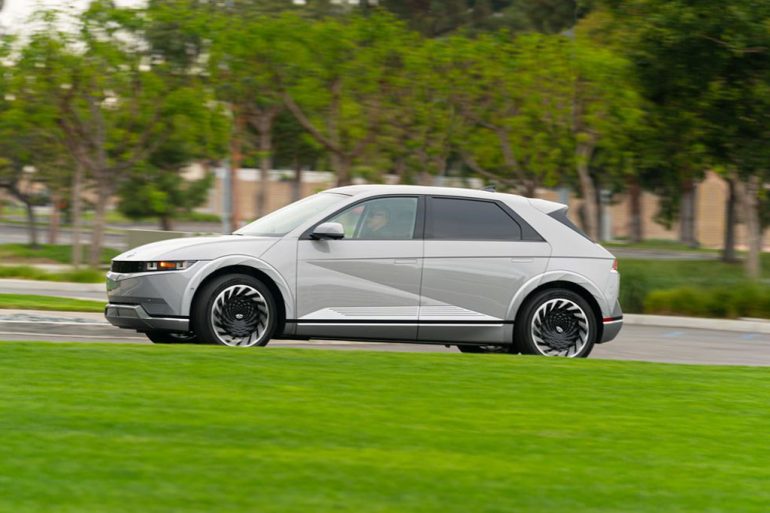 In terms of performance, the Hyundai Ioniq 5 in its rear-wheel-drive long-range variant gets 303 miles from its 77.4-kWh battery pack. In a Standard Range configuration with a 58-kWh battery, the Ioniq 5 will get 220 miles of range. There is also an all-wheel-drive Long Range model that touts a range of 256 miles. 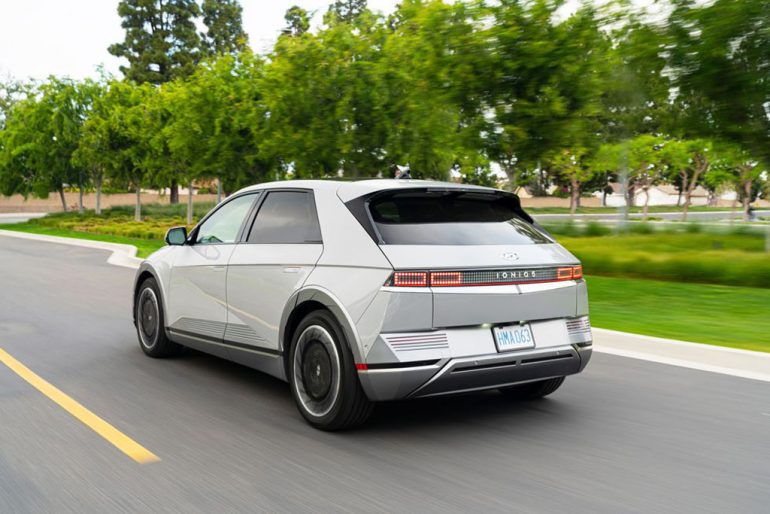 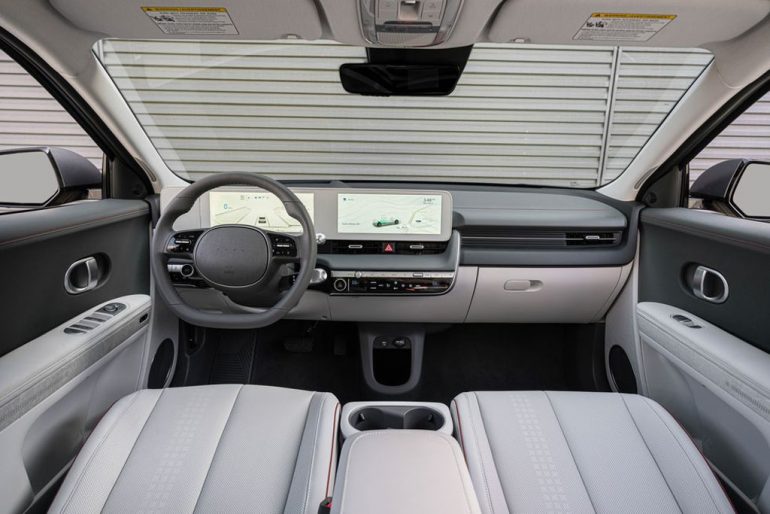 The platform for the Ioniq 5 is a new Electric-Global Modular Platform (E-GMP), which will underpin future vehicles under the Hyundai and Kia brands. The Ioniq 5 has the advantage of its unique looks taking on a new approach and potential risk in its boldness in design. However, thus far it is playing well in the hands of a few journalists who have got their hands on the Ioniq 5 for some initial test drive review impressions. 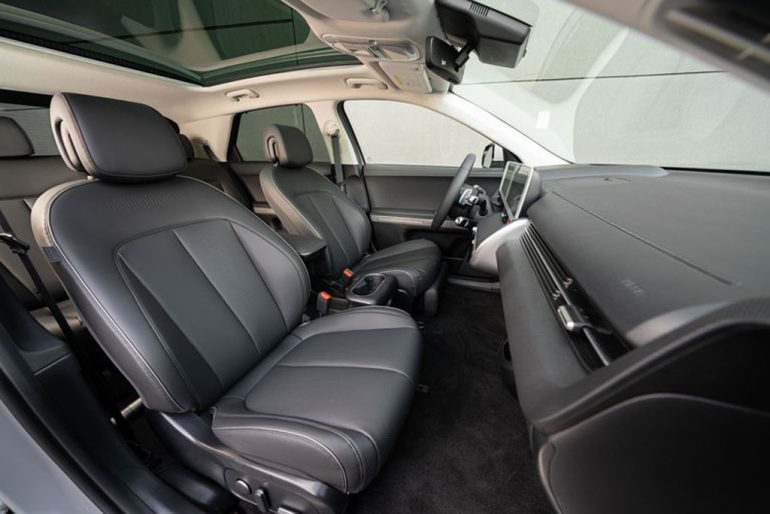 The interior of the new Hyundai Ioniq 5 takes a slightly different approach from what we have seen from the Korean brand. Inside you will find several eco-friendly materials and two prominent screens, one 12-inch screen for the gauge cluster and a 12-inch touchscreen for the infotainment system, which includes the typical smartphone integration apps like Apple CarPlay and Android Auto. There is also the use of advanced voice-recognition technology for more natural voice command inputs. 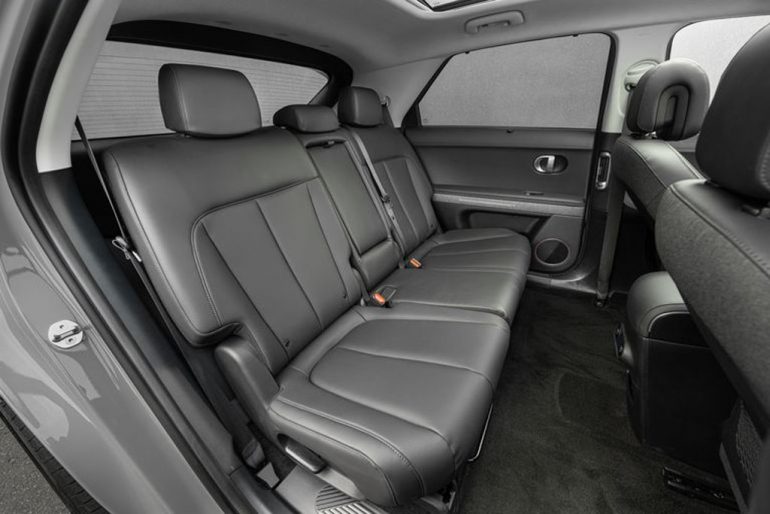 In the area of driving autonomy, the Ioniq 5 includes a suite of driver-assists and Hyundai’s Highway Driver Assist 2, which is comparable to GM’s Super Cruise allowing the vehicle to travel on highways with very little driver intervention. Of course, as you would expect, there are a bevy of active safety features, including forward-collision warning and emergency braking, adaptive cruise control, blind-spot monitors with Hyundai’s blind spot view monitor, lane-departure warning, and lane-keeping assist. 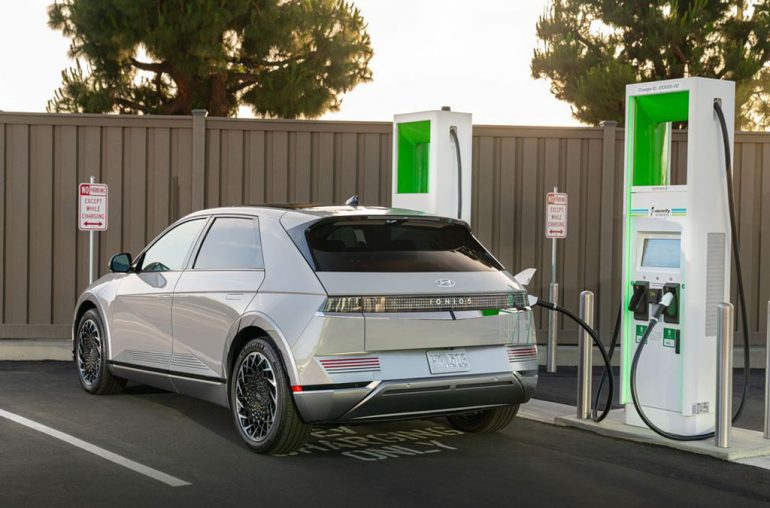 As far as pricing goes, the Hyundai Ioniq 5 will be priced to start at $40,925 before any incentives for the base RWD Standard Range version and ramp up from there. We expect the middle trim range (Long Range RWD) to be around $49,000 for starters, and the top trimmed AWD model to start around $55,000. The 2022 Hyundai Ioniq 5 is currently slated to go on sale this Winter and start deliveries soon after the first half of 2022.