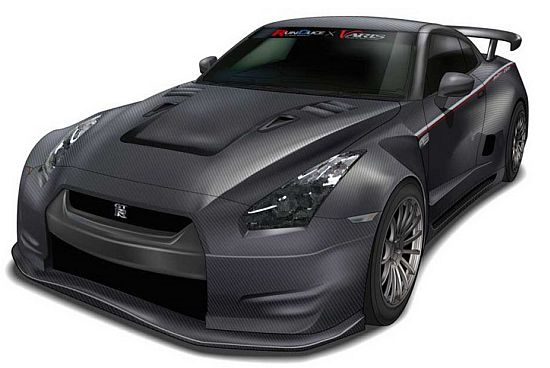 All of you Carbon Fiber junkies come and join me on the Nissan GT-R bandwagon as a Japanese tuner Original Runduce hints at a full carbon-fiber wide-body Nissan GT-R R35.

The final details of the wide-body carbon-fiber Nissan GT-R are a secret for now except from what we can see in the sketched image. Rumor has it that this GT-R will feature over 600hp and make a debut at the Tokyo Auto Salon 2010 in January.

What is your take on an all-carbon-fibered-out wide-body GT-R? My first thought is that it better have some better wheels than the ones in shown in the sketch. Hit up the comment section below!