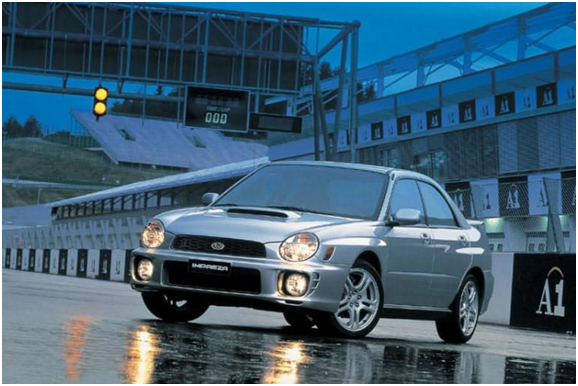 “How not to do a burnout in a Subaru”

Subaru is recalling 5,724 2002-’03 Impreza WRX vehicles sold in mostly cold-weather states because of fuel leak  in the fuel line. If the leak is in the presence of an ignition source, could result in a fire, according to the National Highway Traffic Safety Administration.

“During cold starts, typically under extremely cold temperatures, fuel leaks in the fuel delivery line could occur where the line connects with a rubber hose,” As stated by the  NHTSA  of the fuel line problem. “Fuel leaks, in the presence of an ignition source, could result in a fire.”

Customers usually complained of the smell of fuel while experiencing this problem. No fires, crashes, injuries or deaths connected to this have been reported, claims Subaru.

Subaru dealers will replace the fuel line for free. The recall is expected to begin sometime in December. Subaru owners can contact the company at 800-782-2783.

For owners in the other 34 states, Subaru will extend the warranty on this fuel line/hose to 12 years/unlimited mileage. Owners in these states who smell a fuel odor can take their vehicle to a Subaru dealer for a free fuel line update, the automaker said in other documentation filed with the federal government.