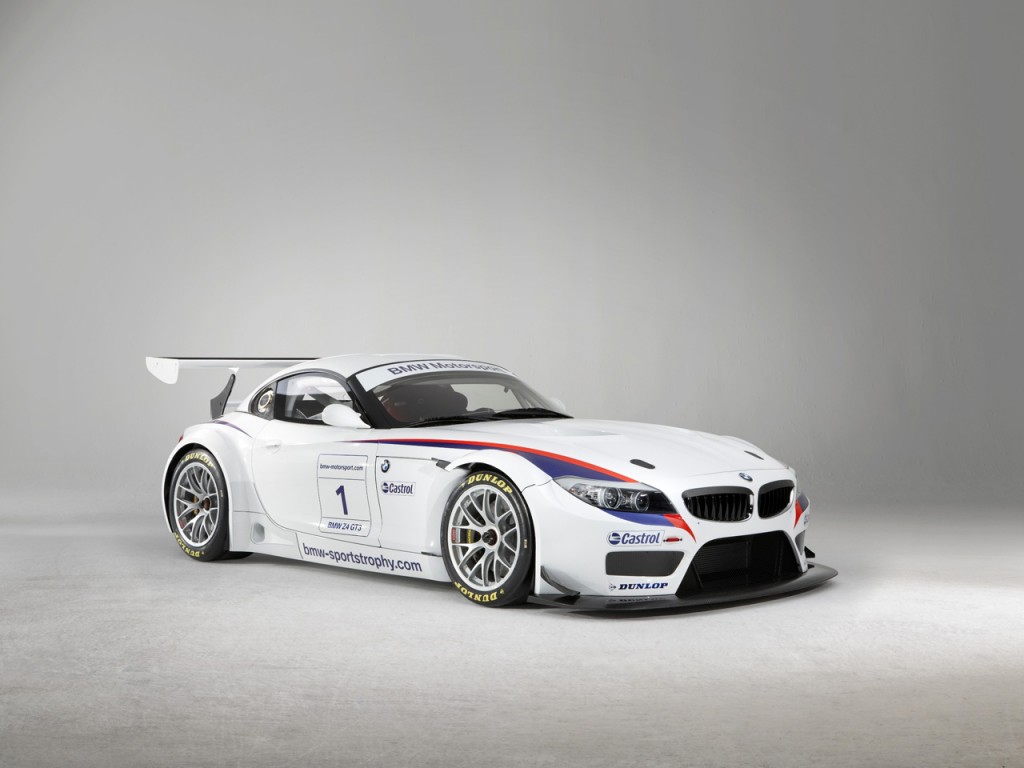 You may remember when we posted images and press information on the BMW M3 GTS which was basically a race-tuned version of the current E92 BMW M3. Well now BMW Motorsports has race-prepped the Z4 and turned it into a V8-powered Z4 GT3. It uses the same naturally aspirated 4.0-liter V8 found in the BMW M3 with a little extra tuning to make 480hp.

If you ever wanted a Z4 M that you can take on the race track, then this is the answer to your prayers. All you need now is over $400Kusd and you can live out your dream as that race-car driver now that you are all grown-up.

BMW will offer the Z4 GT3 to a small number of consumers in the second half of this year. Catch the full Z4 GT3 press release below.

As part of its customer racing programme, BMW Motorsport is offering private teams another attractive car from 2010: the BMW Z4 GT3. This sports car is an impressive addition to the BMW product range and offers drivers and teams the opportunity to compete in international and national championships in accordance with GT3 regulations – such as the FIA GT3 European Championship, International GT Open and the ADAC GT Masters – as well as in 24-hour endurance races.

The BMW Z4 GT3 is powered by a four-litre, eight-cylinder engine producing approximately 480 bhp. When it comes to electronics, the private teams can look forward to innovative BMW solutions, which have proven themselves in the BMW M3 GT2: the engine is controlled by the modern ECU 408, while the Power400 control unit is responsible for operating all actuators. The transmission takes place via a sequential, six-speed gearbox. The scope of delivery also includes rims with locking and safety clips, as well as racing ABS and optional air conditioning.