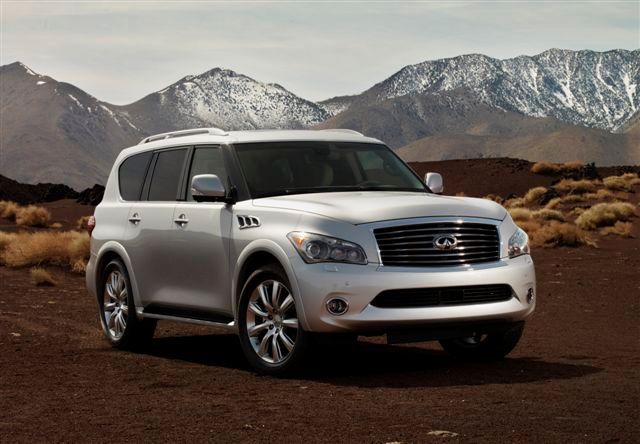 New images of the QX56 have surfaced just before its debut at this year’s New York Auto Show. We could tell what the new QX56 would look like from previous spy shots.

From the looks of the leaked images, the new QX56 has several cues from other Infiniti’s within the new lineup. It is rumored that the QX56 will sport the same 5.0-liter V8 with 390 horsepower from the FX50 up 70hp from the 2010 QX56.

More details will be released tomorrow March 31st when the QX56 is officially introduced at the 2010 New York Auto Show.