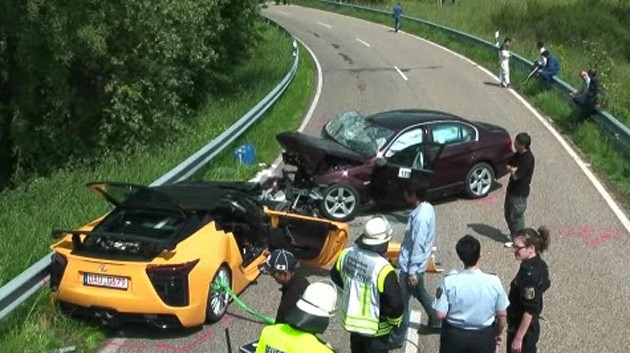 The recently spied LFA Nurburgring Edition prototype was involved in a head-on collision with a BMW test vehicle in Germany. Reports have come in from a few sources stating that the driver killed in the crash behind the wheel of the LFA was Hiromu Naruse, the Godfather (creator) of the LFA and personal driver to Akio Toyoda, Toyota’s President.

Reportedly the two persons in the BMW were taken to the hospital with life-threatening injuries.

Our sincere condolences go out to the families of Naruse.

Below are images from the wreckage and an exclusive video