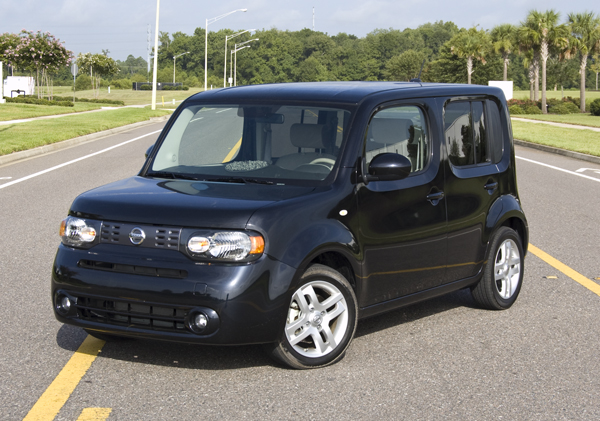 It’s a new day and age, with that Nissan has proven they are fully aware of the younger Facebook/Twitter on-the-go generation in the new Nissan Cube. The Cube not only appeals to the younger crowd but those who desire practical, safe and reliable transportation literally all wrapped up in a box.

The 2010 Nissan Cube is sometimes considered to be “cute” to some. To those who have never driven one it may appear to be an attention-getting pushover on the highway. In our time with the 2010 Nissan Cube we have found out that it’s surprisingly peppy for what it is. With a 122hp / 127 ft-lbs of torque gas-miser 4-cyl engine directing power through a CVT transmission, everything works very well together. Having to propel a 2800 lbs  “Cube” does not sound like an easy task but somehow Nissan packed in just enough power get the job done in a better fashion than some of the Cube’s competition. The performance area was one complaint we had with the Kia Soul in a review we did last year. 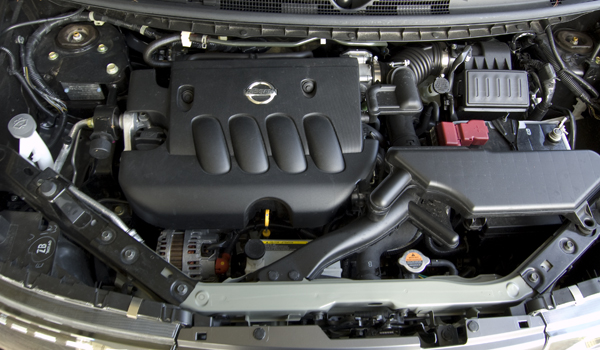 Aside from performance, because obviously that’s not what the Cube is all about, it is a different take on the automobile that people do not want to call a “car”. The Nissan Cube has actually been around for several years in Japan entering into its 3rd generation. Nissan thought it would be a good fit for the U.S. market and they were right.

The unique blend of fashion and functionality defines a new era as we witness new bold designs that target several genres at the same time. During our test drive of the Cube we would get several questions from on-lookers asking what was the gas mileage on the Cube and how it drove. They were all somewhat shocked when I told them it got 27mpg in the city and 31mpg on the highway. I guess people had inquiring minds because the Cube looks so “different”. That’s actually a good thing now a days when every other vehicle is either something that resembles a Toyota Camry in some way or some big monstrous SUV with dear ol soccer mom behind the wheel. Sometimes you want to stand out from the crowd without spending a fortune on the latest Italian sports car. 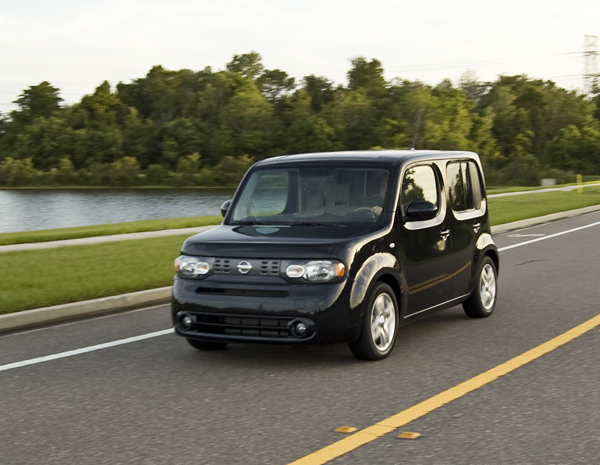 The incognito look and appeal of the Cube on the outside is somewhat mimicked on the inside. The dashboard is very different from other vehicles even in the Nissan lineup. You have an attractive electroluminescent cluster, a centralized round climate control pod that’s easy to operate, a shag dash carpet (I have no idea what this is for), and a decent stereo with a color screen. Our Cube SL test vehicle was well equipped. It even had a back-up camera, floor-board/cup holder, and colored LED lighting that could be set to cycle colors as you drive. Very hip Nissan!

Styling cues on the inside continued throughout with wavy designed speaker covers.  This style is somewhat replicated on the roof liner. Just about everything on the inside of the Nissan Cube has somewhat of an eccentric styling cue about it. It works well for attracting buyers both young and old. 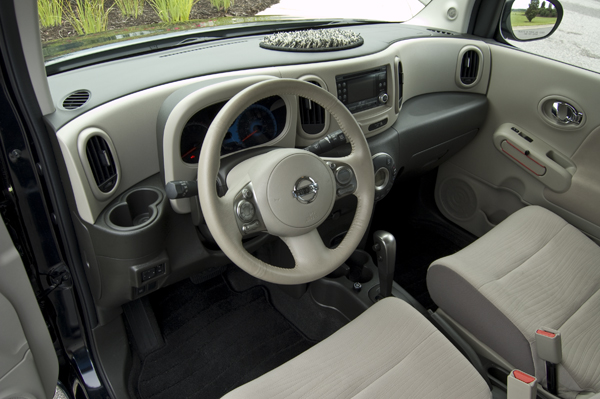 Even though the Nissan Cube is no speed demon, it still has a satisfying ride in the city and on the highway. You should be prepared to have some bug cleaner handy because the front windshield is a magnet for them. Unfortunately you are once again reminded of what you are driving when you put the Cube into a turn. The small 16-inch wheels and soft suspension does not give you much reassurance of safety on those rare occasions that you are pushing it to the limit. Luckily every new Nissan Cube comes with all of the safety bells and whistles such as traction control, vehicle dynamic control, ABS brakes with electronic force distribution, and a plethora of airbags. 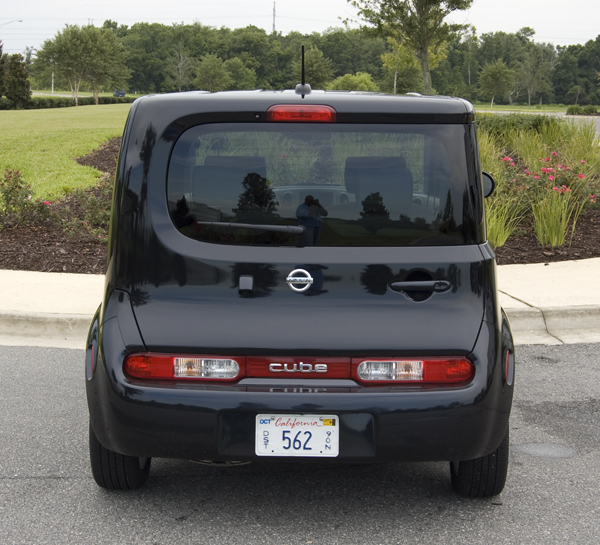 Other amenities found on our Cube SL are ones that you usually do not expect on a vehicle classified as a compact wagon. We had the intelligent keyless system with push-button start, premium audio system with a Rockford Fosgate subwoofer, XM satellite radio, fog lights, rearview monitor (backup camera), illuminated kick plates with colored LED interior accent lighting, and a rear cargo organizer. By the way, half of the rear cargo organizer works great as a cooler during these hot 100 degree days in Florida. For all of these options, our Nissan Cube came in at $20,350. Starting price for a base Cube is just $13,990. 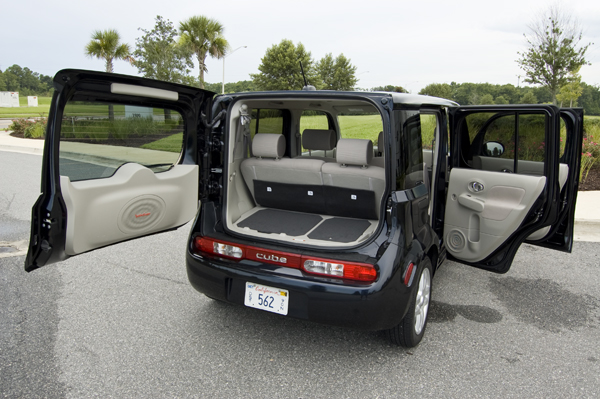 If cute, inexpensive practicality is what you are looking for in a hip boxy package, then the 2010 Nissan Cube is the vehicle for you.