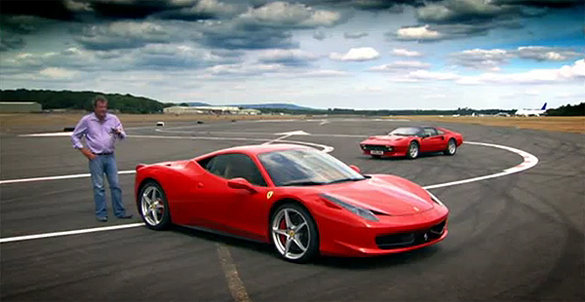 Who would have ever thought of a time that Jeremy Clarkson would enjoy what he calls the “floppy paddle” gearbox. In the current season of Top Gear Jeremy gets behind the wheel of the new Ferrari 458 Italia and starts his typical complaints about the way the controls are laid out on the steering wheel. But after he unleashes the power that the 458 has to offer, his outlook begins to change. He totally goes ape sh*t over what he discovers in the new 458 Italia after putting it into the corners. They even match the 458 Italia against James May’s Ferrari F430 in a drag race. Check it out for yourself in the Top Gear video below! Enjoy!