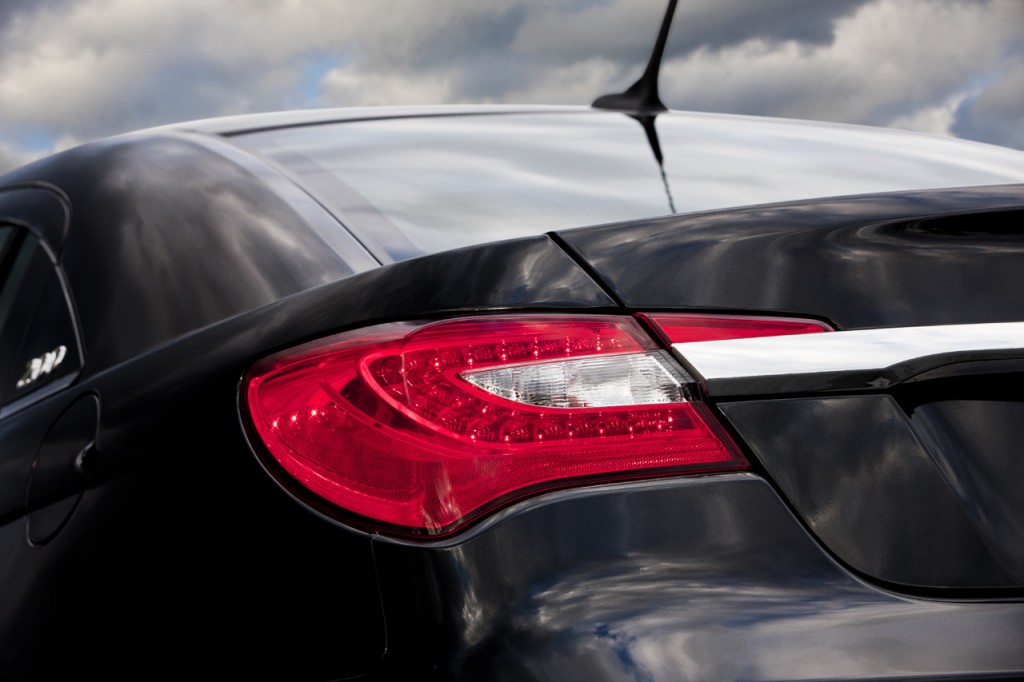 Chrysler is due to abolish the ‘Sebring’ name in place of the name ‘200’ for its slightly redesigned 2011 Chrysler 200 sedan which will debut at the end of this year. The current Chrysler Sebring is a major cash cow and this could give Chrysler a new type of recognition when it comes to their main-stream midsized sedan.

Chrysler has released new teaser photos of the upcoming 2011 Sebring, ahhh I mean 2011 Chrysler 200. We will be sure to bring you the new images of the Chrysler 200 once they become available.

September 14, 2010 , Auburn Hills, Mich. – Chrysler Group LLC today released photos of the new 2011 Chrysler 200 mid-sized sedan. Offering consumers exceptional craftsmanship inside and out, a refined and spirited driving experience, innovative technology, an abundance of standard safety features and an extraordinary level of standard content, the 2011 Chrysler 200 is an exciting alternative for customers that want style and substance, all at a surprising value.

Virtually every system in the sedan is new or upgraded for 2011, giving the Chrysler 200 its own identity and space in the highly competitive mid-size sedan segment. Exterior and sheet metal upgrades include: front and rear fascias and fenders, grille featuring the new Chrysler brand winged badge, hood, rear decklid and exterior mirrors, new projector headlamps and fog lamps, new LED taillamps and a LED center high-mounted stop light.

The Chrysler 200 gets a new powertrain lineup featuring the 2.4-liter I-4 World Gas Engine mated to either a four- or six-speed automatic transaxle, or the new Pentastar V-6 engine which produces 283 horsepower and 260 lb.-ft. of torque and is mated to a six-speed automatic transaxle; improved ride and handling tuning which includes stiffened body mounts and softer ride rate, improved suspension geometry with a raised roll center, a new rear sway bar, and new tires and an extensively upgraded treatment for the reduction of noise, vibration and harshness including acoustic laminated glass for the windshield and front door windows.

The new 2011 Chrysler 200 provides drivers a beautifully inspired sedan that doesn’t compromise safety or practicality and offers the best value in its class. The Chrysler 200 will be built at the Sterling Heights Assembly Plant in Sterling Heights, Mich. and will arrive in dealerships in the fourth quarter 2010.