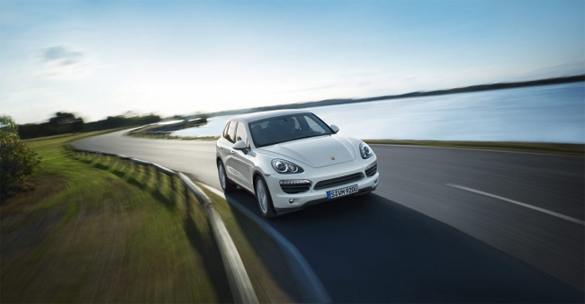 Supposedly, from various sources, Porsche will be offering a new smaller SUV (smaller than the Porsche Cayenne) and it would be called the Porsche Cajun.

I am all for spicy food but to call the car that I drive Cajun may be taking it a bit too far. I was okay with the Cayenne name because I can actually understand the connection between the Porsche SUV and Cayenne pepper. The new Cajun name to be carried by a smaller Porsche SUV could be interesting as Volkswagen CEO Martin Winterkorn already hinted at the name and it would be used to increase Porsche’s sales numbers.

The new Porsche Cajun could be based off of the Audi Q5 including engine choices of a 3.6-liter V6 or a forced induction 4-cylinder variant.

It’s obvious that Porsche is aiming for higher sales numbers and more main-stream market injection considering how popular the small SUV genre is especially in America.