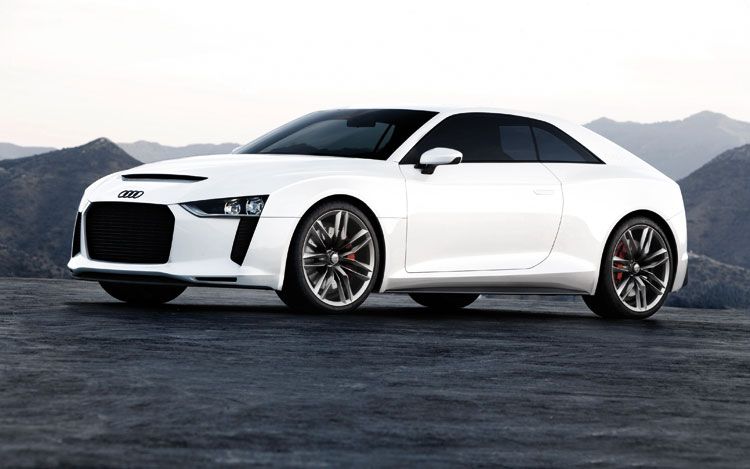 Recent rumors of Audi conjuring up a reintroduction of the infamous Quattro have been confirmed with the debut of the Audi Quattro Concept at the 2010 Paris Auto Show. The inspiration of the new Quattro Concept has its roots set deep in the 1980 Audi Ur-Quattro, one of the first passenger cars to incorporate all-wheel-drive.

The Concept uses the underpinnings of the current Audi RS5 which we think is a good thing. Power output for the Quattro Concept is 408hp and 354 ft-lbs of torque mated to a six-speed manual transmission. Power is directed to the ground through the concepts Quattro torque-vectoring all-wheel-drive system with a 40:60 rear based power split.

Power to weight ratio of the Audi Quattro Concept is about equal to the Audi R8 V10 5.2 FSI. No word if Audi plans to bring the new Quattro Concept into production but if they do, they have a winner in my book.