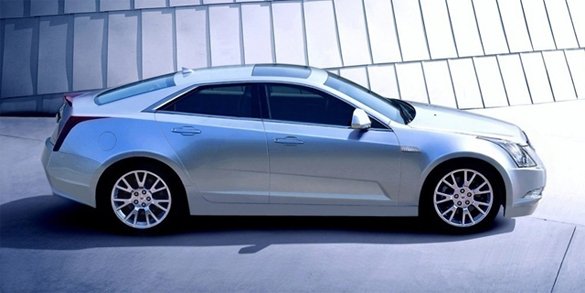 General Motors has already accomplished milestones by injecting the fastest production sedan, the CTS-V, into the market. With no plans to slow-down anytime soon, Cadillac has plans to debut the new ATS, a smaller car to rival the BMW 3-series.

We have already seen spy photos of GM testing the ATS platform underneath the current CTS’s skin. From the photos it is obvious that the drivetrain sports a shorter wheelbase than that of the CTS and possible one or two of the CTS’s powerplants.

According to various sources, the new ATS will come standard with a 2.0-liter turbocharged 4-cylinder engine with an optional V6. A sedan version of the ATS will start things off for the Fall of 2012 as a 2013 model while a coupe version will follow as a 2014 model. Plans for a convertible are also in the works. One of the highlights of this news to come out of GMInsideNews is the idea of an ATS-V which will be powered by a V8 engine or twin turbo V6. Can we say BMW M3 fighter?

We will be sure to report any updates as we confirm other sources of information about the upcoming Cadillac ATS.