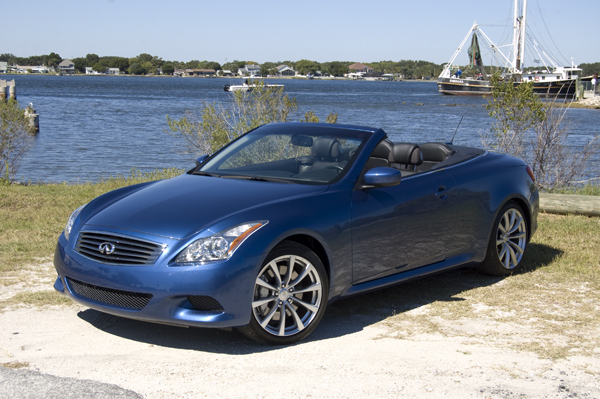 Due to the good weather we’ve recently been experiencing in Florida, we were able to let the top down on several occasions with our Infiniti G37 convertible test vehicle. Not only do you get to have some fun in the sun, but you get to do it in style. The smooth sheetmetal curves of Infiniti’s G makes for one of the best looking cars to come out of Japan in the recent years. 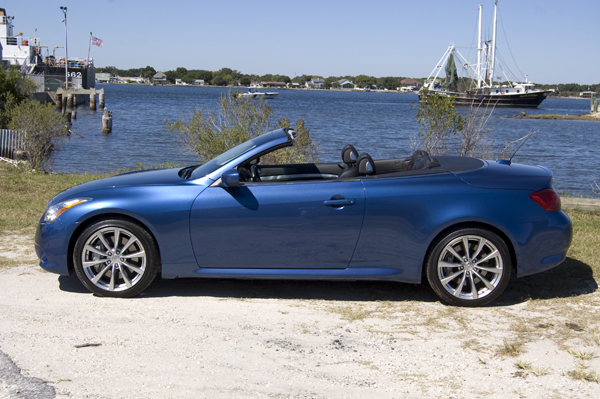 Aimed directly at Lexus ISC (IS convertible), which is also a great looking vehicle, the Infiniti G37 convertible manages to have a leading edge over the IS in terms of performance. The Infiniti G convertible has Nissan’s popular VQ series 3.7-liter V6 engine, also found in the 370Z, that produces 325 horsepower and 267 foot-pounds of torque in the G convertible. That power is directed through either a 6-speed manual as equipped on our test car or a fast shifting 7-speed automatic. The automatic can be shifted manually via magnesium shift paddles mounted on the steering column with the optional sport package.

Enthusiasts can clearly expect certain things from Infiniti vehicles such as one of the best navigation units offered by an automotive manufacturer, and being one of the first to implement new advanced road-safety features. Across the line Infiniti offers these amenities even in their one and only drop-top G. 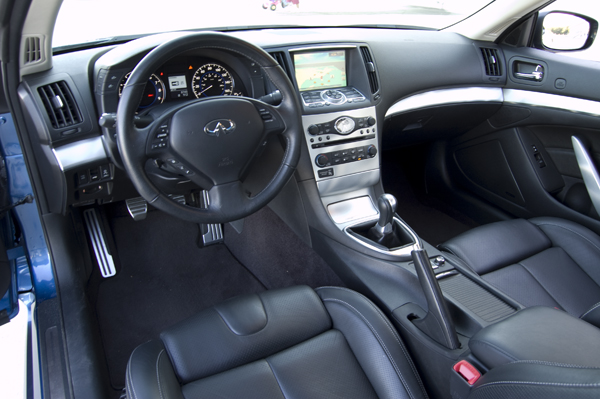 Our test vehicle was equipped with the Navigation package, which includes 3-D building graphics, streaming audio through the killer Bose stereo system, 9.3GB Music Box hard drive, and even a Zagat (Survey restaurant reviews for finding the best eatery along your destination). All of these goodies are controlled either through the touch-screen LCD redundant dashboard controls, or even via the steering wheel mounted buttons. Infiniti has done a great job in giving the driver different options for operation of the many tech gadgets offered in their lineup.

For a convertible vehicle, the Infiniti G37 has an excellent Bose stereo that incorporates headrest-mounted speakers. Since Bose is supposed to be one of the best in the market for directing sound in certain directions thought otherwise to be near impossible, the Infiniti G37 convertible’s sound system is superb. 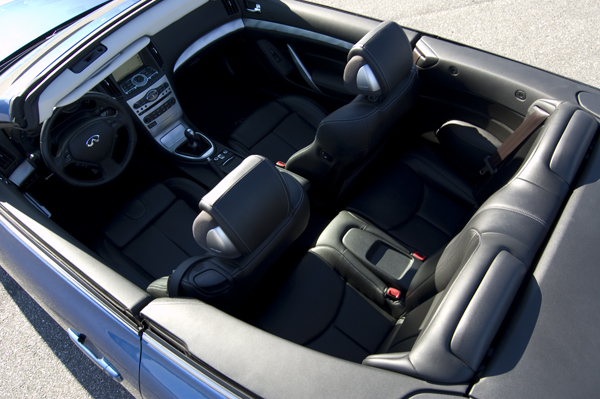 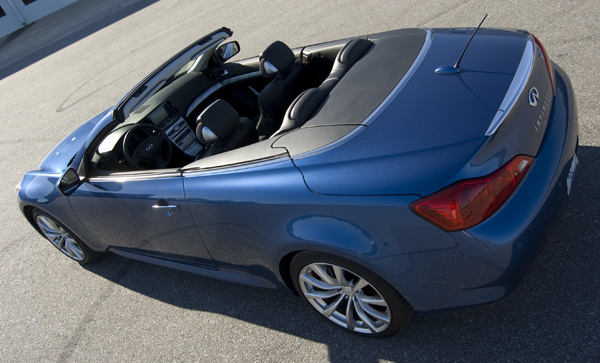 On the road, the G37 convertible behaves similar to its coupe counterpart. The difference in the two emerges when you start to push the G to the limit in turns as well as during acceleration. You can feel the extra weight used to reinforce the G convertible along with the hardtop mechanics. Bottom-line, performance is somewhat hindered but it does not completely take away from the excitement you get when you drive any G whether it be the sedan or coupe. The short throw 6-speed manual transmission on our test car has little to do with that excitement factor. 0 to 60mph time in the G convertible is about 6 seconds, a little shy of the coupe’s 5.4 second time. 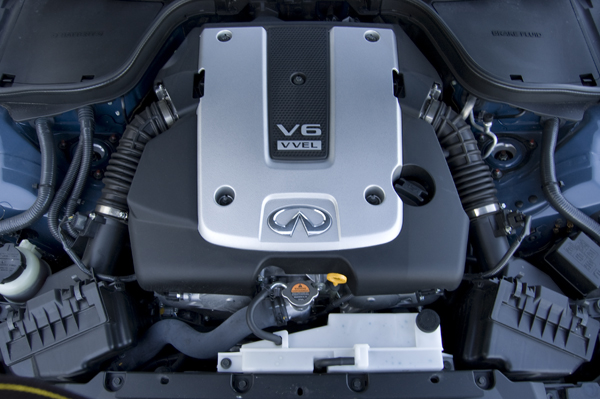