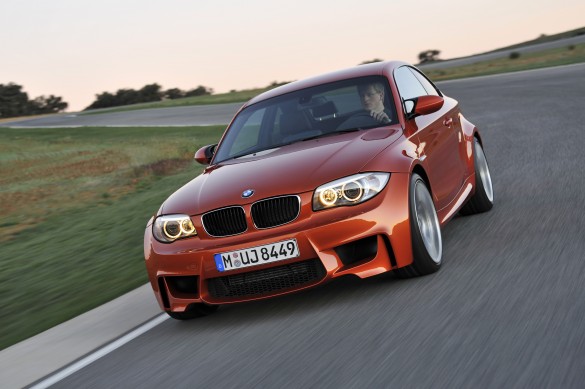 BMW is debuting the 1 Series M Coupe at this week’s Detroit Auto Show, and we finally have a price to go with it. The 335 horsepower M3-in-3/4-scale will start at $47,010, before you begin adding options, the destination charge or the inevitable dealer price gouging. Remember that BMW will import a “limited quantity” of the 1 Series M, so expect to see “Additional Dealer Markup” of at least $5,000 per car. For reference, a 2011 BMW M3 starts at $55,400 before you add destination charge and options. Since the M3 isn’t considered “limited production” like the 1 Series M, chances are good you have some wiggle room on dealer pricing.

If there were a real $10,000 difference in price between the two cars, I’d say the 1 Series M was priced right. As it stands, an optioned out 1 Series M will sticker for damn near the same price as a stripper M3 (if there are any stripped M3s imported into the U.S.). Sure, I’d rather have the 1 Series M’s lighter, more nimble chassis, but I much prefer the M3’s 4.0 liter V8 over the 1 Series M’s trouble-plagued N54 inline six. At $10k difference, I’d take the 1 Seres any day of the week; at $3k difference, I’d start leaning towards the M3. If BMW was trying to attract a new generation of buyers with the 1 Series M, I’d say they missed their mark entirely. I have no doubt that every single one imported will sell, but not to the crowd BMW alleges they built the car for.