Cars With Launch Control: Houston, We Have Lift Off!

[original post date: 02/10/2009] I honestly believe that the new Nissan GT-R has sparked quite an interest and crave for launch control. Many cars way before the Nissan GT-R have had their own system for a launch control either in a SMG transmission in the E46 BMW M3 or the Volkswagen’s early DSG found in the GTI.

The ultimate crave for launch control baffles me but you have to understand that I would take a full manual transmission any day over a, what Jeremy Clarkson calls them, floppy paddle gear box. Even with Nissans woes with grenaded transmissions in the GT-R, launch control is still a big hit. Even Hitler “had to launch it”. 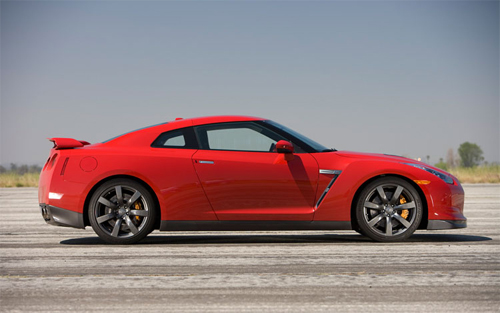 Ever since the introduction of drive-by-wire, auto manufacturers have been toying with new electronics that improve upon the over-all safety of a vehicle. New systems come standard in many vehicles now such as dynamic skid control or also known as vehicle dynamic control or electronic stability control (name varies from each manufacturer). Many of these new systems utilize a combination of computer operated units from the ABS braking, traction control and accelerator control. I am sure if manufacturers thought they could play with these systems and make a car safer then why not develop a precise method for accelerating a vehicle with a computer to make it faster.

It is all a numbers game if you think about it. I am sure many car enthusiasts, including yourself, may have experimented with dropping your clutch at a certain RPM to get the full potential out of a launch from a dead-stop. Even you guys with automatics have almost perfected holding the brake pedal while stomping on the accelerator in preparation for a ‘launch’. What if your car could do this for you? Well, many new exotic and sports cars can but it does take the use of a special transmission or a manual transmission that is controlled by a computer, except in Porsches’ case with their newest launch control system on a full manual transmission.

Where did this idea and technology come from?

If you think about it, F1 cars among other racing cars were already using a type of the technology that we see in today’s cars fitted with dual clutch transmissions and SMG (Sequential Manual Gearbox) units. Racing is where it begins… most times. From the F1 cars now shifting well under 60 milliseconds to the Nissan GT-R’s dual clutch shifting time of around 200 milliseconds, computers have taken cars to a new level of performance where a human just simply cannot match yielding a much higher level of performance.

Many of the baby boomers know ‘launch control’ to be something only NASA quotes in the control room during a space shuttle launch. Now we can all experience a ‘horizontal’ launch in many of today’s technologically advanced performance vehicles.

So which cars have launch control? Below is a short list that we have compiled of all vehicles with an available launch control. If we missed any please post a comment below and let us know.

Please note: Some of the vehicles included on the list may only have a staging RPM setting which some may call “launch control” but it is not as involved as a fully automated launch control or uses a sequential shifting transmission (paddle shifter) such as in the Nissan GT-R.

Various videos demonstrating launch control below after the jump…