The Cars of Mercedes-Benz’s ‘Welcome’ Ad 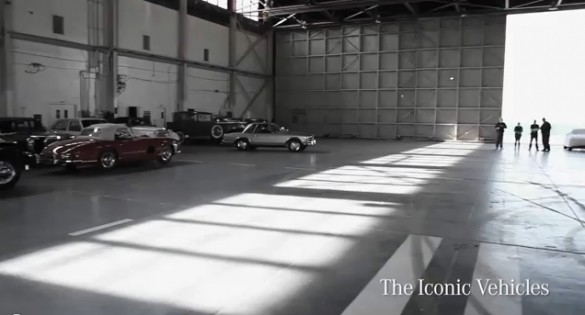 When it comes to post-1965 American iron, I’ll put my ability to to name a year, make and model up against the best of them. It’s the legacy of growing up turning wrenches in the family garage, and I still identify people more by what they drive than by their names. Bizarre, perhaps, but it works for me. Unfortunately, I lack the same skill when it comes to identifying vintage German cars. Sure, we had a few customers who owned Mercedes sedans and roadsters, but not nearly as many as those who drove American or Japanese cars. When Mercedes ran their “Welcome” Super Bowl ad, most of the cars in it were a mystery to me, and probably to you as well. The video below should help to clear up some of that mystery.

It’s hard to spot some of the cars in the original video, since they flash by quickly or are filmed from odd angles. I had a hard time spotting the 1938 540K Special Roadster (worth $8 million), but had no trouble at all picking out the 1952 Le Mans winning 300SL W194 (at 1:20 in the video). The cars I really wanted to know more about weren’t even mentioned in this follow up video; what’s the story behind the red 300 SL Roadster rounding up sheep, or the Le Mans Prototype race car that Diddy’s standing next to at the end of the video?