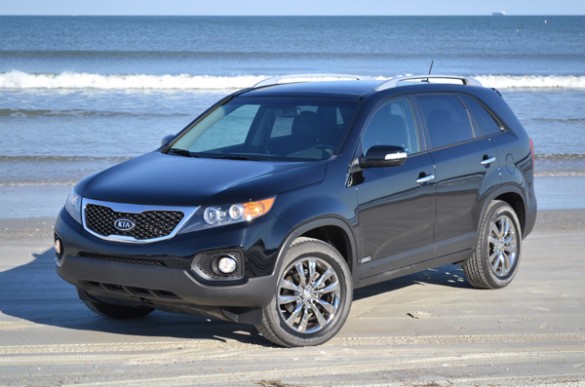 Kia, just like their counterparts at Hyundai, is doing big things. Not only in the division of cars, but also in the department of CUVs, or what some refer to as cross-over utility vehicles. For 2011 the new Kia Sorento has been fully redesigned now having more driving characteristics of a car versus a truck.

The all new 2011 Kia Sorento sways away from the traditional body-on-frame construction to a carlike build so it can directly take-on competitors such as the Toyota RAV4, Mazda CX-7, Chevrolet Equinox and Honda CR-V. Everyone knows about these vehicles. They are everywhere you look in America and they are not going anywhere anytime soon. But like anything else, there is competition, and the new 2011 Kia Sorento is a worthy contender when you factor in its long warranty (10-year/100,000mile powertrain, 5-year/60,000 bumper to bumper), improved looks, decent build quality, and competitive price. 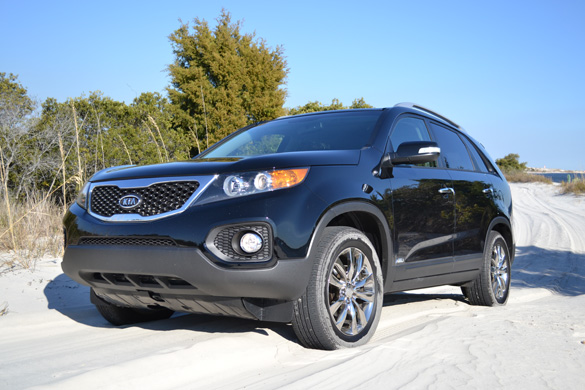 I had the chance to evaluate the new 2011 Kia Sorento EX AWD which comes with a decently powered 3.5-liter V6 engine. This was one of the major shining points of my test vehicle especially when it is able to make a dash to 60mph from a standstill in 7.4 seconds. For a vehicle with 3 rows of seats, that is impressive. Although you can get the new 2011 Sorento in its base trim with a 2.4-liter 4-cylinder engine with 175 horsepower and 169 pound-feet of torque, you may want to opt for the V6. This is considering how the 4-cyl engine strains to keep all 3700 pounds moving at a good pace. The 4-cylinder engine is a far cry from our EX AWD trimmed Sorento test vehicle with 276 horsepower and 248 pound-feet of torque directed to all 4 wheels through a 6-speed automatic transmission. 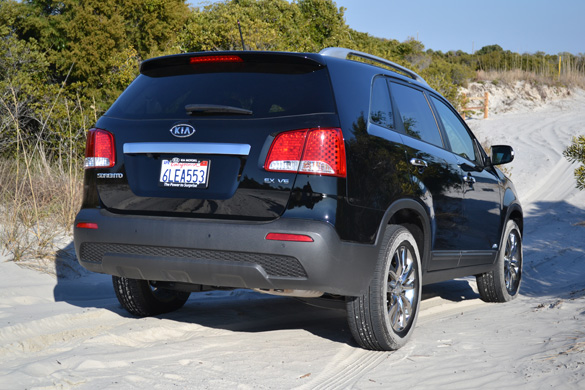 On the road the new Sorento is well balanced, although at times it suffers from somewhat of a harsh ride. Off road the Sorento feels at home which was unexpected. We took our Sorento test vehicle to the beach in deep lose sandy areas up inclines and even for a drive along the shore. The Hill-start assist came in handy as well as the hill decent control. I was very skeptical about taking this vehicle into such steep sandy hill grades, but it handled its own very well. My partner in crime was also unsure of taking this vehicle where no other Kia had gone before. In the end we were both satisfied with the results of Kia’s all-wheel-drive system managing our sandy terrain. The transmission suffered from slow shifts but still was able to keep the V6 engine in its powerband when needed. 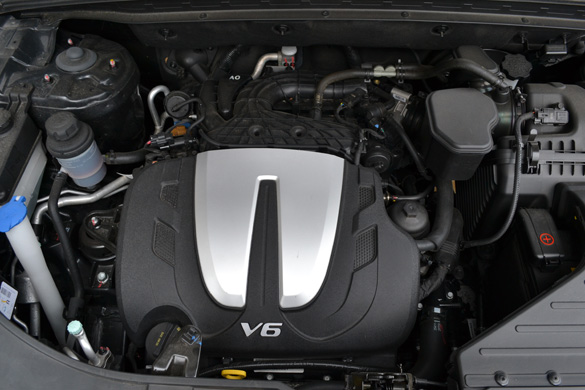 Fuel economy is consistent getting 19 mpg in the city and 25 mpg on the highway. Our observed fuel economy, on our way to the beach going down long back-road highways, was 23.5 mpg which is a decent figure for any 3-row seating CUV. City driving in heavy traffic only got us 18 mpg.

The leather seating areas are comfy and provide just enough lateral support when hitting twisty roads. Stability control keeps mostly everything in check on dry pavement as well as wet roads. Another surprising aspect about the seating area is that the 3rd row of my Sorento had enough space for two ‘full-sized’ adults. Although having the 3rd row seats up leaves very little cargo room, folding them down gives you more than enough room for anything that you would throw in the back of a CUV. The sliding middle row seating area is also decent with the exception of having the front seats pushed all-the-way back. Doing so will leave the middle row with hardly any extra knee space. 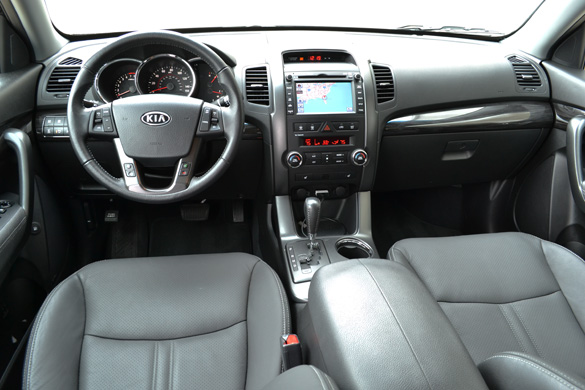 On the outside of the new 2011 Kia Sorento you will find a similar styling on the front end to that of other vehicles in the lineup such as the smaller Kia Sportage. The smooth lines up front somehow get lost in translation towards the rear. It does not make the Sorento look bad by any means but the front somehow does not ‘match’ the rear-end styling. The rear end is somewhat boxy while the front is massively curvy. Some may like this type of styling and others just will not care as long as the vehicle serves as a functional 3-row CUV with horsepower to spare. 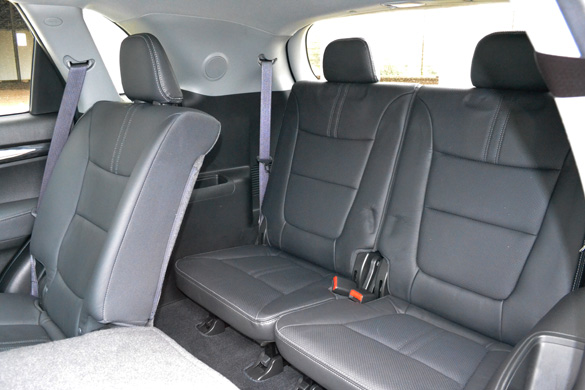 Kia has played their cards well when it comes to the all new 2011 Sorento. Our loaded EX V6 AWD test vehicle was priced at $34,840 which includes many options such as a GPS touch-screen navigation system, Infinity 10-speek audio system, Panoramic Sunroof, auto-dimming mirror, 18-inch mirror finish (might-as-well be chrome), alloy wheels, and leather seats (heated front seats). A base 2011 Kia Sorento starts at just $19,995 with the 4-cylinder engine. 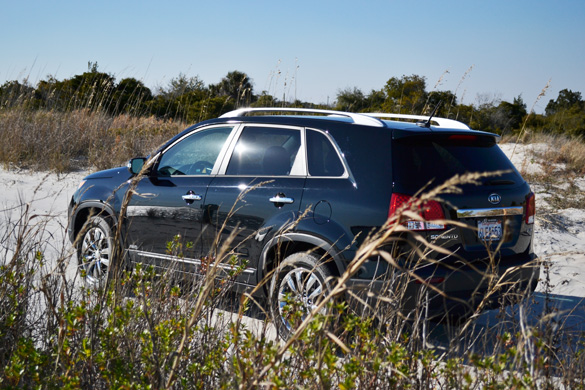 Anyone in the market for a 3-row 7-passenger CUV with an excellent warranty, several standard features, and light-off-road capabilities, the new Kia Sorento should not disappoint.