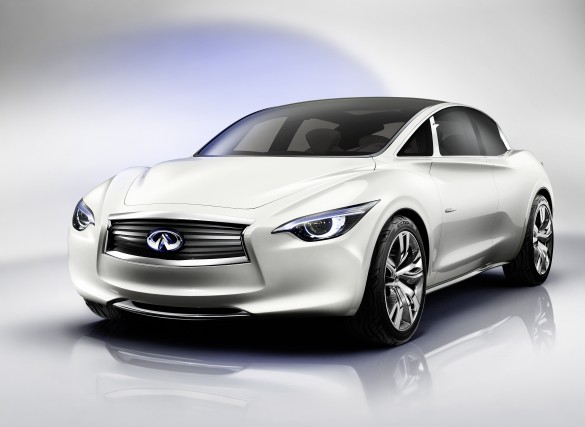 Compact personal luxury cars are all the rage among manufacturers these days. Audi has spent a considerable amount of time and money promoting the A1 to European buyers. Lexus is doing the same with the Ct 200h, and Mini seems to be introducing a new variant on their Cooper about once per quarter. Even such “pedestrian” manufacturers as Hyundai are offering amenities such as nav systems, leather interiors and heated front and rear seats on their compact offerings, so where is Infiniti in all this confusion?

I’m glad you asked, because Infiniti is set to show a coupe sedan hatchback crossover at the upcoming Geneva Motor Show. Called the Etherea, Infiniti calls it a “highly sculptural, near-mono volume form”, and if anyone can translate that marketing speak into words that actually have meaning, feel free to hit me up. Here’s what we do know about Etherea: it’s about fourteen and a half feet long, it’s ‘space efficient’, it introduces design cues we’ll see on future models (such as the crescent shaped C-pillar) and it’s supposed to represent a new type of luxury for younger buyers. 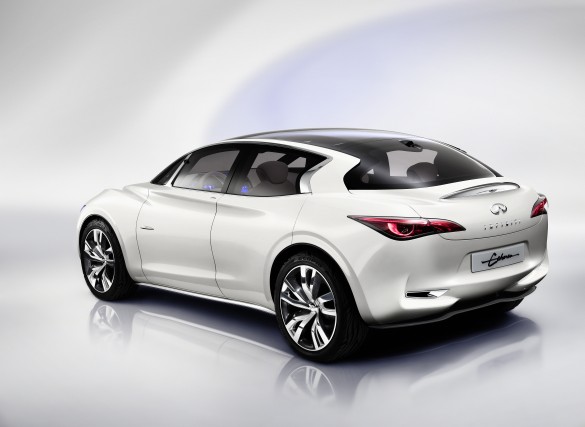 I’ll admit to being intrigued by the concept of a mult-functional vehicle that isn’t an SUV, and I can’t wait to see pictures of the Etherea in the flesh. Infiniti isn’t saying what’s under the hood, which doesn’t bode well for the Etherea ever seeing production. Unless, of course, the public demands it, so let’s hear your opinion.