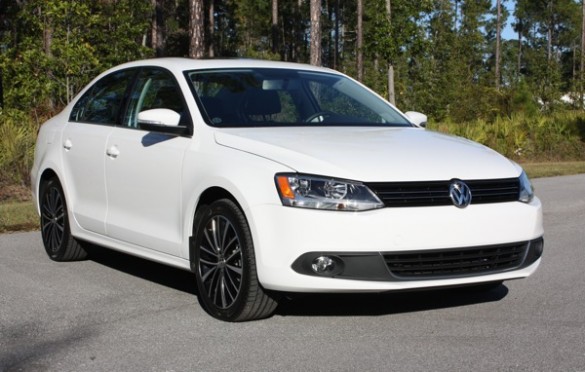 Consumer Reports and I agree on something?

Ever since Henry Ford began cranking out Model Ts, the auto industry has followed one simple rule: improve or die. Sometimes these improvements come in style, other times they come in performance or handling. With the exception of government mandated pollution control devices of the early 1970s, I can’t think of many cases where a new car was a step backwards from the car it replaced. Consumer Reports would beg to differ, and they’ve recently named six cars that don’t score as well as the vehicles they’ve replaced. I’ve driven four of them, so I’ll tell you whether or not Consumer Reports is on the money.

Volkswagen Jetta SE: CR says it’s worse than the outgoing model for handling, steering, braking, noise and interior fit and finish. For possibly the first time in my life, I’d say that Consumer Reports is correct, but you need to remember that the new Jetta is built to a specific price point. It won’t appeal to everyone (especially former Jetta owners), but it does appeal to larger audience than the last car. Sales are up, so it’s hard to argue with success.

Toyota Sienna: CR pans it for steering, road noise and interior fit and finish. I’m not sure sure I’d agree, although I didn’t have the opportunity to compare both versions side by side. If anything, the new Sienna impressed me with interior fit and finish, so drive one and make up your own mind if you’re in the market.

Toyota 4Runner: CR didn’t like the ride control, handling, noise, driving position, front access or interior fit and finish. I, on the other hand, did, possibly because this 4Runner appears to be returning to its truck roots. I say that’s a good thing, since there are plenty of sissified crossovers with AWD to choose from. Want to go where the busses don’t run, with three friends and gear? The 4Runner remains one of the best choices for getting you there and back.

BMW X5 3.0: CR says the new one lacks visibility, has a balky shifter and unfriendly controls.

Mercedes-Benz E350: CR flagged the ride, steering and fuel economy. If you’re driving a new ‘Benz, chances are you’re not really concerned with how much you spend on gas.

Honda Odyssey: CR didn’t like the handling, braking or cargo area of the new Odyssey, while I found nothing wrong with any of those areas. I did object to the Odyssey’s ridiculously high price and hard plastic dash; cross the $40k barrier, and hard plastic has no place in a car’s dashboard.