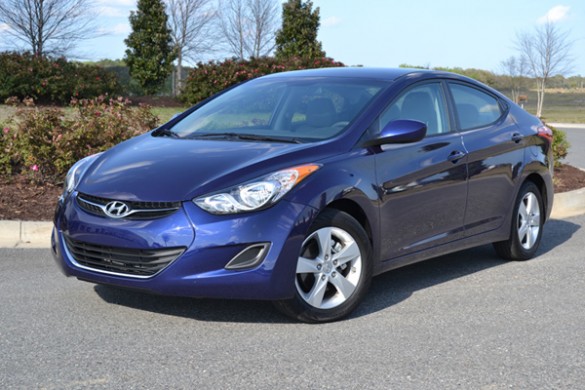 The all-new, totally redesigned, 2011 Hyundai Elantra now takes its proper placement just below the new Sonata when it comes to size. Entering into its fifth-generation, the new 2011 Elantra gets its styling cues directly from the bigger Sonata, which is not a bad thing at all considering how well perceived the Sonata is.

When it comes to vehicles going up against the Toyota Corolla, Honda Civic, Ford Focus and new Chevy Cruze, they better bring their A-game. Hyundai has nothing to worry about because that is just what they did; they brought out unique styling, and decent performance with superb gas mileage all wrapped up in a trusted economic package. 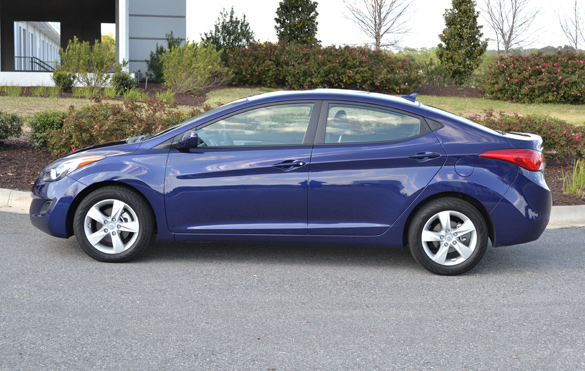 With dimensions almost on par with a current model Honda Civic sedan, the new Hyundai Elantra provides just enough interior room and a great ride for an economy car. A 106.3-inch wheelbase contributes to its comfy ride around town. On the outside consumers and onlookers will notice slightly bug-eyed headlights and curvaceous lines flowing through the rest of the body all the way to the rear wrap-around taillights. From a reasonable distance, some people may actually mistake the new Elantra for a Sonata.

Fuel efficiency is always a major selling point for any economy vehicle especially when gas prices are hovering around $4 a gallon. Nothing to worry about in the new 2011 Elantra. Its gas sipping 1.8-liter four-cylinder does not compromise power for great gas mileage figures. The 2011 Elantra’s new powerplant gets an estimated 29mpg city and 40mpg highway. Power output is rated at a very competitive 148 horsepower and 131 foot-pounds of torque. At times while driving the Elantra it seemed as if it had more power than printed in the books according to my butt dyno. In other words, the Elantra had plenty get-up-and-go for a small car. Of course the high-pitched buzz sound from beneath the low sloping hood under high RPM was a reminder that I was still driving an economy car. 0 to 60mph time comes in around 8.9 seconds. Power is directed through a well cooperative 6-speed automatic transmission. It kept the 4-cyl engine right where it needed to be for optimal power. 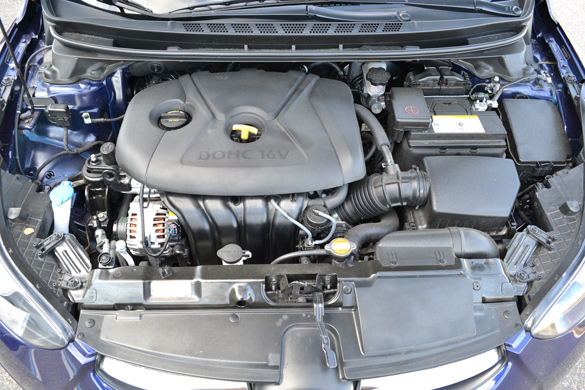 When it comes to performance of a small car, the only fault I noticed in the Elantra is that we never actually saw the stated EPA estimated miles-per-gallon figures. I will admit that some of this was due to my heavy foot but even when I was consciously driving conservative I only averaged 34.5 mpg on the highway traveling at a steady 70mph. 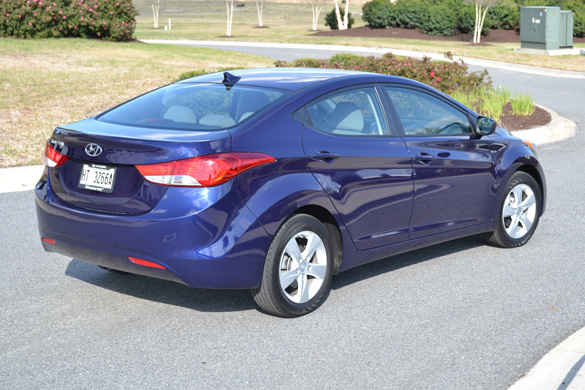 My Elantra GLS trimmed test vehicle had a few creature comforts that you normally could only find on premium and luxury vehicles. Nowadays these options, such as a 6-speed automatic, iPod/USB ports, power heated outside mirrors, and hands-free voice recognition Bluetooth connectivity come as standard equipment on many vehicles classified as small economy cars. Of course these features do not turn the new Elantra into a luxury vehicle, but it sure does a nice job of imitating that image at times. 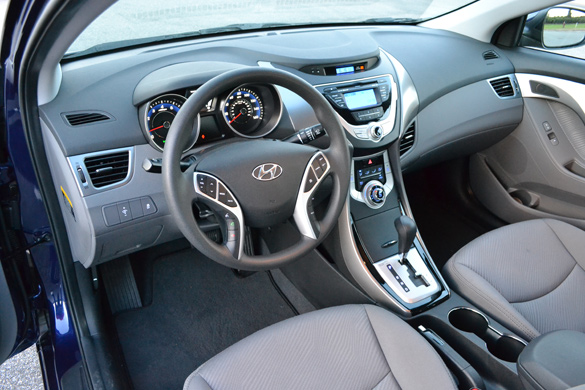 Small cars usually have an issue with passenger space. The new Elantra is somewhat of a mixed bag but it provides ample room for the driver and front passenger. It is a different story for the back seating areas, as the headroom is somewhat limited. Truck space is at a respectable 14.8 cubic feet.

All interior controls are easy to read and operate. A greater part of the dashboard is an amiable looking plastic with the exception of a padded upper dash area. The gauge cluster is among the best in the industry for a small car having bright (almost too bright at times) white lighting with blue accents and red needles. 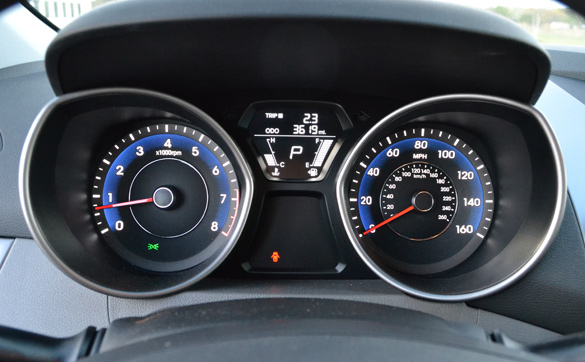 Hyundai not only remains to be a commendable contender when it comes to competing against other midsized and luxury cars, but they have stayed aggressively competitive when it comes to economy cars. Many consumers still relate to Hyundai as a leader in the economy car segment. They would be surprised to see that some of the new Elantra’s characteristics were slightly influenced by bigger, more luxurious cars in the lineup. 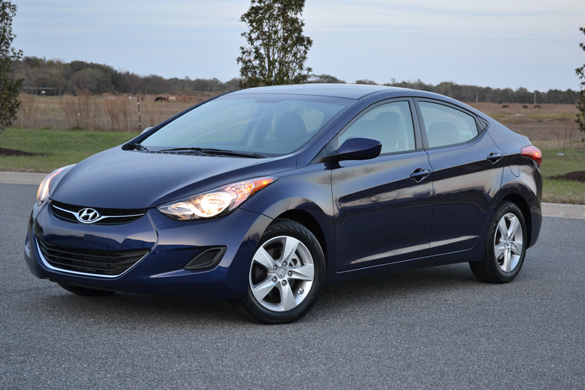 With a price starting at $14,830, the new Elantra GLS is a basement bargain that can be optioned out with luxury amenities to mimic a well-appointed midsized car. Our Elantra GLS test vehicle came in at $18,480, which is almost $4,000 north of the base price due to added Preferred Equipment Package (16-inch alloy wheels, steering wheel audio controls, Bluetooth hands-free w/ voice recognition, illuminated vanity mirrors).