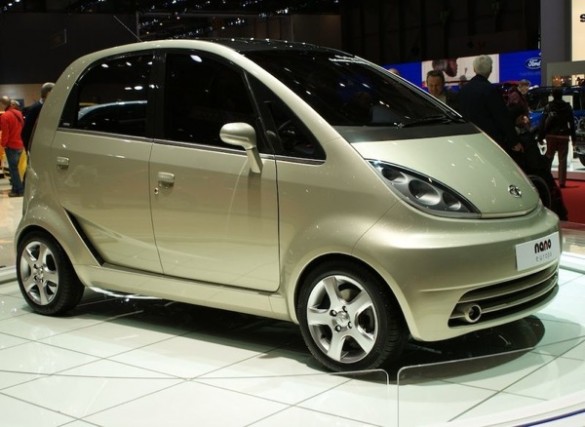 Remember the Tata Nano? The $2,500 car that was going to revolutionize transportation for the middle class in India? The car that had a nasty habit of spontaneously bursting into flames, leading to all sorts of jokes about “flaming Tatas”? Here’s the good news: we won’t be getting that here, but Ratan Tata insists that the time is right for an affordable, fuel efficient car in the United States. There’s no chance that the $2,500 Nano could be certified for emissions or crash protection, so it’s likely that the car would require a complete redesign for the U.S. market. Tata speculates that U.S. car pricing would fall somewhere between $7,000 and $8,000, and that the car could come close to achieving the same 52 MPG city fuel economy as its Indian sibling.

Nanos have not been entirely successful in India, thanks partly to their price and social stigma. The same $2,500 that buys a new Nano also buys a clean, used Daewoo or Kia, and a new motorcycle or scooter can be purchased for a fraction of the price. Worse, owning a Nano stigmatizes you as lower middle class, since clearly you can’t afford a better car. Tata has corrected the defects that caused earlier Nanos to go up in flames, but buyers are still wary.

I’m not sure there’d be much of a market for a $7,500 Nano in the United States. That kind of money buys a clean used Hyundai, or a higher mileage used Honda Civic. I haven’t driven a Nano, but I’ll go out on a limb and say that a used Hyundai Accent is easier to live with on a daily basis than a new Tata Nano, and it certainly gets you more respect from your peers. Besides, trying to sell cars based on price alone has never worked well in the United States, and I can’t help but think that Nano is the Hindi word for Yugo.