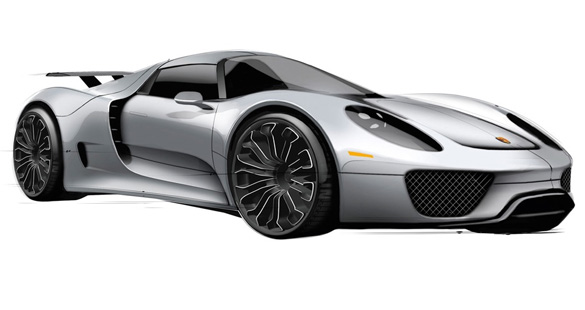 The new Porsche 918 Spyder Hybrid Sportscar now has an official price tag set at $845,000 and will go into production September 2013.

The 918 Spyder was first previewed at the Geneva Motor Show last year. The production version of the 918 Spyder is almost a dead ringer from that concept with only a few minor changes. Even though the first production is slated to be reality in about 2 years time and have a price tag of $845,000, we suspect that the orders will roll in fast (taking orders now) and you must react quickly to become the owner of the most expensive production Porsche. The production date is set for September 18th, 2013. 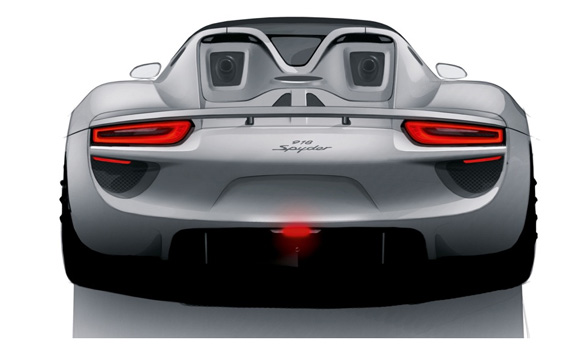 If you do not know what the Porsche 918 Spyder is all about, then let me enlighten you for a second. The Porsche 918 Spyder is an all-wheel-drive, plug-in gasoline-electric hybrid sports car. Sure that is a mouthful, but could you imagine the type of performance you will get from a 4.0-liter V8 engine producing 500 horsepower in addition to the output of two electric motors, producing 218 horsepower, for a total of over 700 horsepower. Let’s not forget about the carbon-fiber-monocoque chassis making this among the strongest and lightest supercars around. Porsche claims that these numbers are good for a dash to 60mph from a standstill in 3.2 seconds and a top speed of 199 mph. In electric mode the top speed will be 94 miles per hour. The 918 Spyder would get all of this performance on top of an estimated (by the European consumption cycle) 78.4 miles per gallon. Not your average Toyota Prius is it? 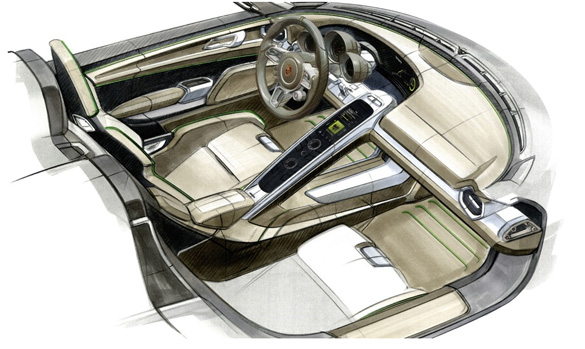 With the price of admission being $845,000, you would surely think that Porsche has lost their mind. I am sure that is what you thought about Toyota’s almost $400,000 price tag for the Lexus LFA? Don’t worry, customers who order the 918 Spyder will have the chance to acquire a special-edition 911 Turbo S Coupe or Cabriolet for another $160,000. The 911 Turbo S Edition 918 Spyder will have echoing design elements from the 918 Spyder.

“Customers who order the 918 Spyder also have the opportunity to acquire a special-edition 911 Turbo S Coupe or Cabriolet. Also limited to no more than 918 units, the 911 Turbo S Edition 918 Spyder will have exterior and interior design elements echoing the plug-in hybrid 918 Spyder supercar’s styling. It features similar exterior colors, carbon-fiber elements inside and out, enhanced leather equipment and numerous acid-green accents on items such as the brake calipers, illuminated sill plates, interior stitching and instrument cluster needles. A limited-edition badge on the glove compartment door will feature the same production number as the customer’s 918 Spyder.

Worldwide 918 Spyder customers can begin ordering this special edition 911 Turbo S sports car today, and customer deliveries will start later in 2011. The U.S. base manufacturer’s suggested retail prices for the Coupe and Cabriolet versions are the same as the standard 911 Turbo S models, $160,700 and $172,100 respectively, excluding destination.”

Be assured, there will be buyers and more than likely the 918 Spyder will sell out. So if you have over $800,000 lying around and you want a green go-fast sports car from the guys out of Stuggart, then the 918 Spyder may be for you. Don’t forget to pick up the 911 Turbo S model while you are at it. Maybe your wife, or girlfriend, can drive that.