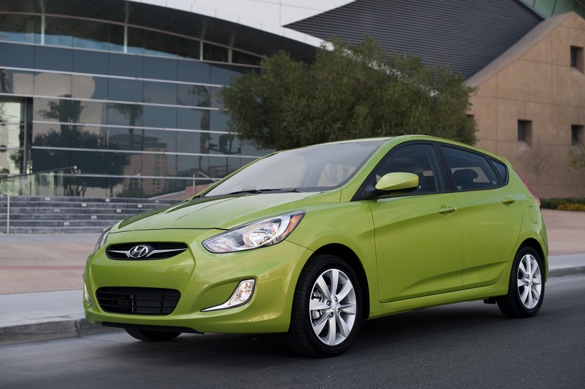 Let’s be honest: as journalists, we much prefer driving and writing about the latest fire-breathing, earth-shaking supercars. Readers prefer stories about them too, but when it comes time to part with hard earned cash, a lot of the transactions are in the subcompact class of cars. That list includes cars like the Toyota Yaris, the Honda Fit, the Nissan Versa, the Mazda 2, the Ford Fiesta and the upcoming Chevy Sonic. As gas prices have increased, subcompact segment sales have gone through the roof, with sales growth in segment now above 85 percent. 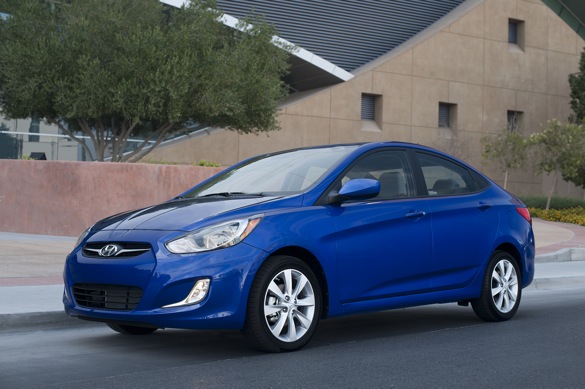 To say that Hyundai takes this segment seriously is an understatement. Following the success of the midsize Sonata and compact Elantra, Hyundai is about to launch an all-new subcompact Accent, in four-door sedan and five-door hatchback variants. Like its bigger brothers, the Accent is new from the ground up, and features fresh styling (based on the same “fluidic sculpture” motif used on the Sonata and Elantra), improved aerodynamics, an all-new interior and a revised 1.6-liter, four-cylinder engine that puts out 138 horsepower (which is 28 more than last year’s model). That’s class-leading horsepower, and the Accent is the only subcompact car to offer gasoline direct injection (GDI) and a choice of six speed manual or six speed automatic transmissions. That combination gives the Accent class-leading fuel economy (30 mpg city, 40 mpg highway), too. 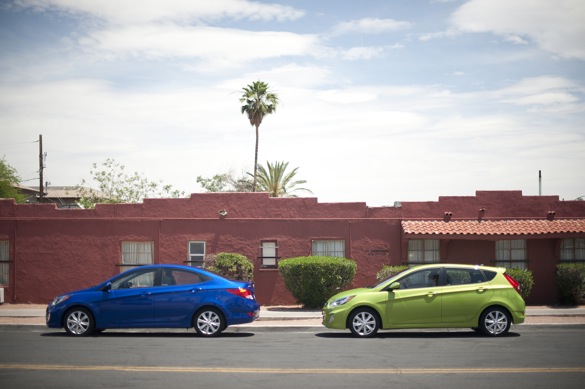 If you get the sense that there’s the 2012 Hyundai Accent, followed distantly by the rest of the subcompact class, you’d be correct. Hyundai wasn’t satisfied with just those improvements, so it made the new Accent larger, both inside and out. In fact, the Accent’s interior room qualifies it as a “compact car” in the eyes of the EPA, and it’s actually got more interior volume than an Audi A4 and more leg room than a Toyota Camry. Opt for the five door, and you get best-in-class cargo room, and more cargo capacity than the Nissan Juke, the Infinity EX35, the Dodge Caliber and the Audi A3. 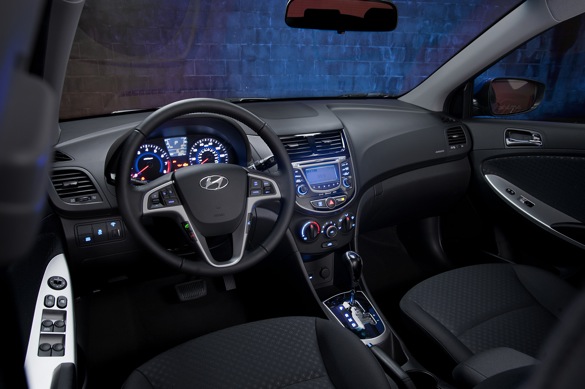 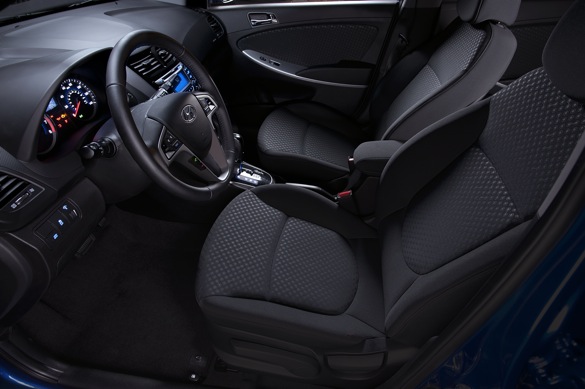 On the road, the Accent drives much like the new Elantra. In fact, unless you drove them back-to-back, it would be hard for the average driver to tell them apart. The primary difference is that the Elantra comes better equipped and can be appointed with more luxury features (such as leather seating, heated rear seats and a navigation system). The Accent, even in the highest-trim SE version, makes do with more Spartan accommodations. Still, you can get Bluetooth phone integration, a leather-wrapped steering wheel, fog lights, premium cloth seats, cruise control, satellite radio and a 172-watt, six speaker audio system with an iPod input jack. Not exactly what I’d call under-equipped, especially given the Accent’s price point. 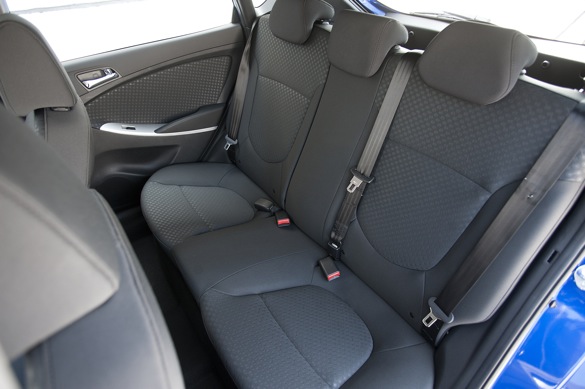 The 2012 Accent starts at $13,205 for a GLS sedan with a six speed manual transmission. The range-topping SE 5 door lists for $17,555, which makes the Accent range competitively priced with others in the class. Given what you get for your money, I’d be willing to say that the new Accent is in a class by itself.