Can Kia Save Its Soul?

Kia’s funky urban utility vehicle, the Soul, was introduced to the market in 2009, late to the party started by the Scion xB and the Nissan cube. To make up lost ground, Kia launched an ingenious marketing campaign featuring hip-hop hamsters, and suddenly Kia’s box-on-wheels was everywhere. To keep it fresh, Kia released a series of limited production “special editions”, like the Soul Denim and the Ghost Soul, but these were largely paint and trim packages. As cool as the Soul was, it lacked power and suffered from less-than-optimal fuel economy, so the company routinely lost buyers to Nissan and Scion. 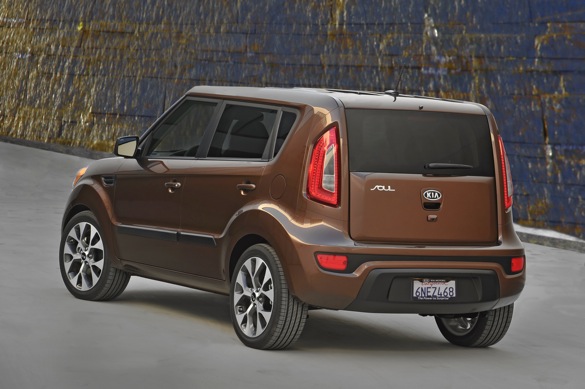 That’s about to change, since Kia is launching a substantial mid-cycle refresh for the 2012 Kia Soul. First up is more power from the base engine, courtesy of a new 1.6-liter gasoline direct injection engine. Horsepower jumps from 122 in the 2011 Soul to 135 in the 2012 model, but fuel economy also increases. The current Soul gets 26 mpg city and 31 mpg highway, while the new version is rated at 28 city and 34 highway. If the Soul Sport, with it’s larger 2.0-liter engine is more to your liking, there’s good news here as well. For 2012, Soul+, Soul! and Soul Sport models get bumped to 160 horsepower (from 142), but are now rated at 27 mpg city, 33 mpg highway instead of last year’s 24 city, 30 highway. 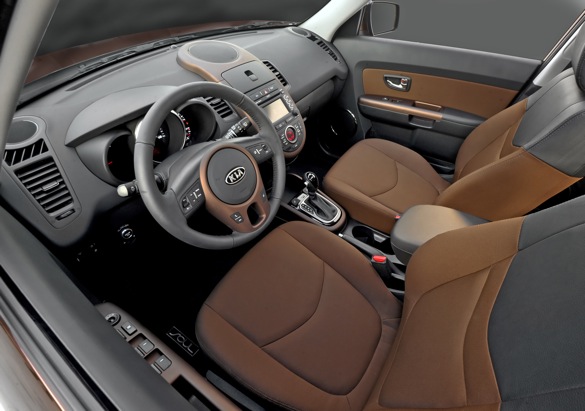 Outside, Kia knew not to mess with a good thing. Revisions to exterior styling are subtle, but include LED daylight running lamps and LED tail lamps. The hood is new, as are the front and rear bumpers, and two new colors (Canyon and Moss) are added to the option list. Inside buyers can opt for an Infinity premium audio system and a UVO infotainment system designed in conjunction with Microsoft. If you want heated leather seats and automatic climate control, you can option out a Soul to include these touches as well; in fact, Kia has Soul trim level for nearly any budget or taste. Look for the 2012 Kia Soul to start hitting dealer lots sometime this summer, with pricing to be announced closer to launch.