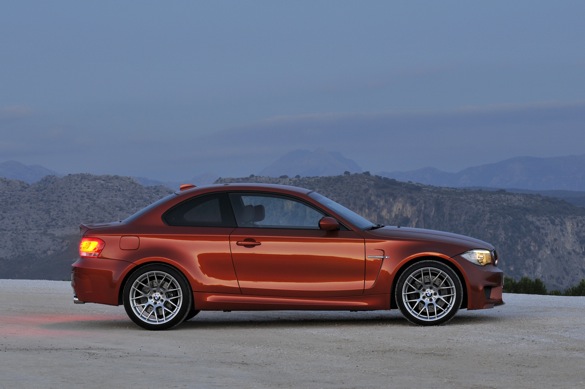 When then-head of BMW’s M Division, Dr. Kay Segler, showed the 2011 BMW 1 Series M at this year’s North American International Auto Show, he referred to it as their “offer(ing) for the young enthusiast, which we need to cater for, because they would love to have something for which they can afford.” That’s a great sentiment, but the starting price for the 1 Series M was $47,010, before you began adding accessories. I haven’t seen many BMW’s on dealer lots that aren’t optioned to the hilt, and a well equipped 1 Series M can easily sticker over $52,000.I don’t know many “young enthusiasts” who would find a $50,000 car “affordable”, or even within reach once you factor the realities of rent (or mortgage) payments, student loan payments and the cost of food other than ramen and peanut butter.

Now comes word that BMW will cease production of the 1 Series M after the 2011 model year, and that less than 1,000 copies will be brought into the United States. In other words, BMW has given the car instant-collector-car status, the young enthusiast be damned. If you thought dealers were price-gouging before, or that the cars were hard to find, expect a whole new level of madness now. If you’re lucky enough to own one, then don’t even think about driving it: in 20 years, the car is likely to be worth more than your 401k.

Source: The Detroit Bureau, via Autoblog