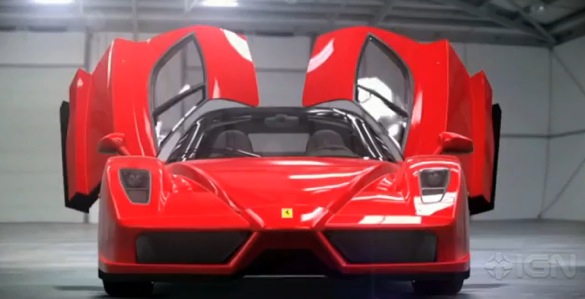 Like many other gamers, I bought into the hype surrounding Gran Turismo 5. I bought a Sony PS3 just for that game (although I told the wife it was for the up-sampling BluRay player), and patiently waited two years for the game to be released. When GT5 hit the market, after a countless series of delays, players began to notice certain flaws. The physical damage, which Polyphany Digital assured us would be just like real life, wasn’t (at least not initially). The detailed images of cockpits and controls were limited to premium cars, which represent a fraction of the total cars available. Even the content seems a bit disjointed: by trying to be all things to all racing fans, Polyphany essentially let down rally fans, NASCAR fans and even TopGear fans. What’s the sense of including the Top Gear test track, when you can only drive it in “special” events?

At this week’s E3 event, Turn 10 released the teaser video below for the upcoming Forza Motorsport 4. If the images from the video are any indication, then all hail the new king of driving games. The visuals are stunning, including lurid detail of both cockpits and engine bays. Turn 10 has scrapped the physics engine from Forza 3, and thanks to a partnership with Pirelli, now has perhaps the most realistic driving experience of any game on the market. Via Microsoft’s Kinect, a camera will track the movement of the player: want to look left? instead of hitting a button on the controller, you simply look left. Just like driving a real car, only without the ridiculously high cost of gas and the paranoia involved with trading paint. Take a look at the video below to see what I mean.

I’m not selling my PS3 just yet, and I can’t afford an X-Box 360 unless I sell a real car or a few duplicate body parts. I’ll be watching the release of Forza 4 (set for October 11th) with some interest, and if it turns out to be as good as the hype, it may be time to start selling blood plasma. Any readers need a new kidney? I may have one for sale.