Buick Ups The Horsepower On The Regal GS 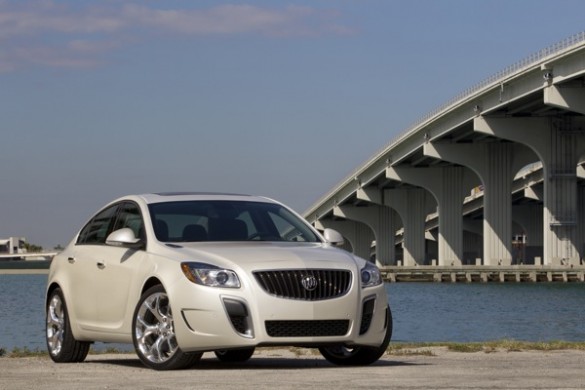 The Buick Regal Turbo is a reasonably good car, and one worth shopping if you’re in the market for a sporty mid-size sedan. It’s difficult for me to throw “sporty” and “Buick” out in the same sentence, but in the case of the Regal, it fits. I’d stop short of calling it a “sport sedan”, since the above average chassis was let down by a less-than-thrilling engine. The Regal Turbo makes do with a 2.0-liter turbo four-cylinder, good for 220 horsepower and 258 foot-pounds of torque. In a small car, that could be fun; in the Buick Regal, it’s merely adequate. 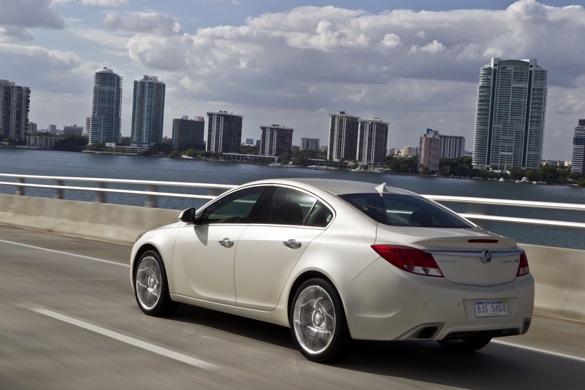 Enter the 2012 Buick Regal GS, which we thought would come with a 255 horsepower turbo four-banger. It turns out that Buick was sandbagging the numbers, and the car will actually come with a 270 horsepower four-cylinder. If math is your thing, that works out to be 135 horsepower per liter, or the highest amount of horsepower per liter ever tested by the SAE. The GS will also crank out 295 foot-pounds of torque, which should be enough to get the Regal GS off the line with some enthusiasm. Buick says it’ll do zero to sixty in 6.7 seconds, which shaves 1.7 seconds off the time of the Regal Turbo.

Clearly, Buick hopes to draw in a younger crowd with the Regal GS. Pricing hasn’t been announced just yet, but look for inventory to begin trickling into dealer showrooms this fall.