VW of America Shoots Down The GTI Edition 35 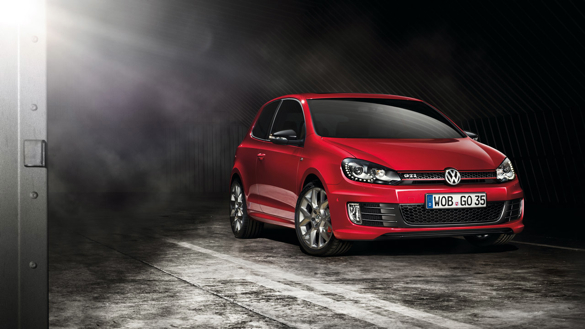 Earlier this month we brought you word of a special edition VW GTI, announced at VW / Audi’s annual freakfest at the Wörthersee in Austria. Dubbed the GTI Edition 35, the car was created to honor the 35th anniversary of the VW GTI’s launch in Europe. While primarily a trim package, the limited edition GTI also saw a bump in horsepower to 235 (from 200) and a bump in torque to 221 foot pounds (from the current 207 ft lb). Rumor was that we’d be getting a few in the U.S., even though the GTI has only been on sale for 29 years in America.

It turns out that rumor was false, since VW of America has decided not to import any of the special edition GTIs. We’re not sure why, unless VW felt the car would pirate sales of the upcoming Golf R, which is really aimed at an entirely different market. Perhaps VW of America thought the car would be a hard sell to U.S. fans, even though it looked like it would be priced on par with a loaded GTI Autobahn model.

Whatever the reason, GTI fans can take comfort in knowing that a simple software upgrade will net them far more than the 35 horsepower and 14 foot pounds of torque that the GTI Edition 35 would have brought to market, for far less than the price bump of $5,000. No, you don’t get special badging, but that’s OK, too – in America, the GTI is a driver’s car, not a collector’s car.