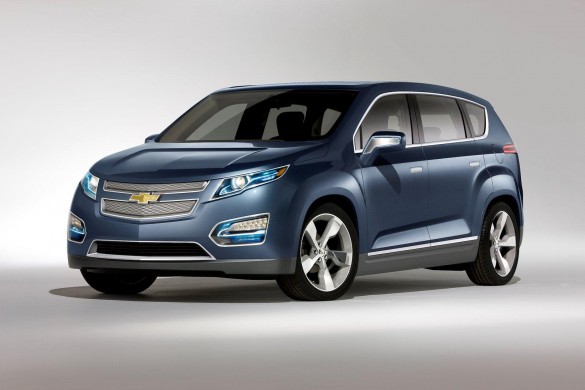 General Motors does not plan to let-up on production of the Volt and its new plug-in hybrid technology any time soon and to support that notion, GM is set to introduce a new Plug-In Hybrid Crossover at the 2012 North American International Auto Show.

A new GM Plug-In Hybrid Crossover, potentially a production version of the Volt MPV5 Concept as shown in the images below, will be on hand for spectators and journalists next year in Detroit for the 2012 NAIAS. The new Plug-In Hybrid Crossover was announced recently, by Dave Barthmuss, group manager for GM’s western region, to be officially introduced at next year’s auto show.

So far, the idea of a Cadillac SRX plug-in hybrid has been put to rest. Currently, from many online sources, the new plug-in crossover will feature the Volt’s drivetrain consisting of a 6-kWh lithium-ion battery sending power to electric motors with 111 kW (150 horsepower) and 273 lb-ft of torque. The same 1.4-liter engine found in the Volt would act as the generator to extend range to 300 miles from the initial 32 miles of electric-only power.