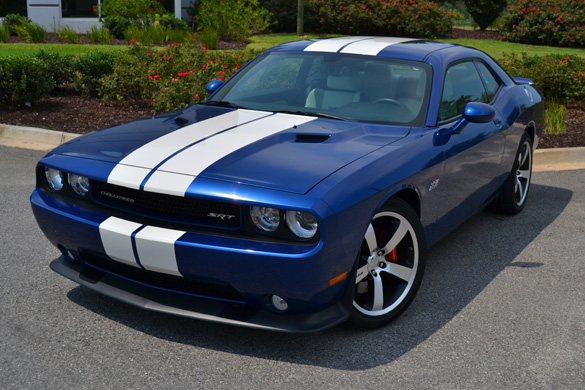 The good ol’ American muscle car heritage lives on in modern-day conceptions of the old classics. One vehicle that carries the heritage proudly is the all-new 2011 Dodge Challenger SRT8 392 HEMI Inaugural Edition in Viper blue which is limited to only 1,492 units this year.

The new 2011 Dodge Challenger is one vehicle that does an excellent job in reintroducing an All-American classic. If you are old enough, then you can remember the old Challengers from the 70’s and how they put a staple in the history of American performance vehicles.  If you were to take a quick glance at the new Challenger from a reasonable distance, you could easily mistake it for a 70s classic, until the massive size of the new Challenger became noticeable. 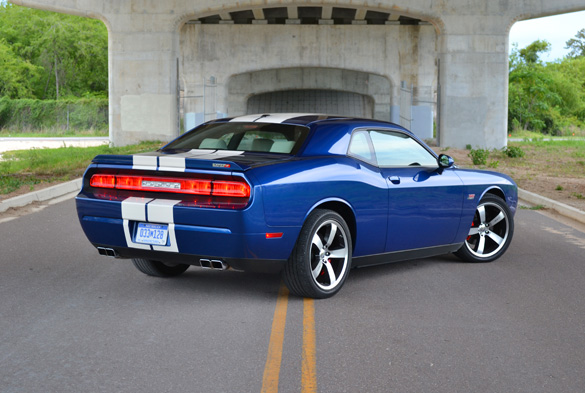 Dodge has probably done the best job in the styling and reintroduction of an American classic muscle car when compared other retro-styled icons. My 2011 Challenger 392 embarks on the veiled 392-cu-in HEMI back in the day. The all-new Challenger 392 actually has 391.15 cubic-inches to be exact but who is going to complain when the displacement of the 6.4-liter HEMI V8 produces 470 horsepower and 470-ft-lbs. of torque. 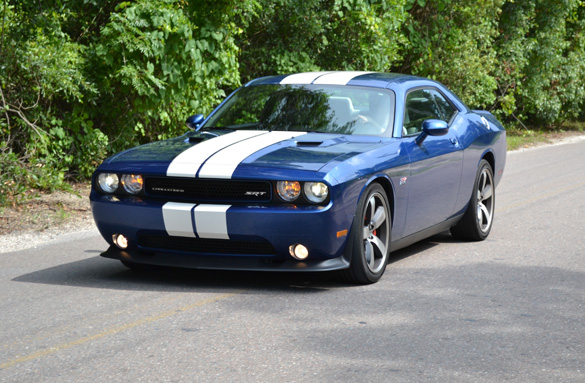 On paper the performance stats seem decent, but being behind the wheel you do not feel as confident in hitting those numbers unless it involves lighting up the rear tires in large plumes of smoke. The new Challenger is undeniably large for even an iconic pony car.  Sure the Challenger 392 drives like it is a few hundred pounds lighter than the outgoing 2010 model year, but I would not put it up against a new Mustang GT in the twisties even with the extra Detroit muscle under the hood.

The new Challenger SRT8 392 Inaugural Edition begs for a conversation at the local gas station, or anywhere for that matter, giving others an opportunity to say something about its classic styling. The Challenger is already a good looking pony car but tricked out with the Challenger 392’s racing stripes, forged 20-inch SRT wheels and catchy blue-white leather seats, it’s sure to turn some heads. 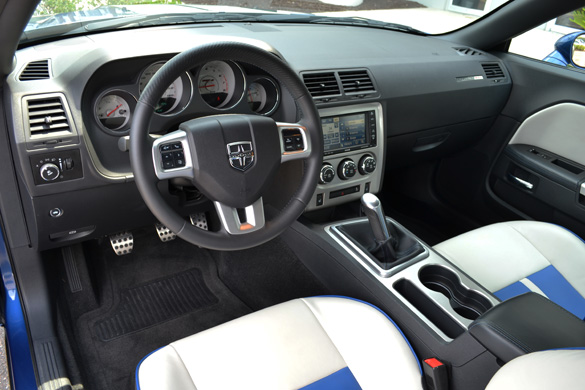 The new Challenger SRT8 392 has an upgraded interior where most of the flash was put into the white and blue leather seats with blue “392” stitching. On the dashboard you will find the customary Chrysler/Dodge Uconnect system with integrated GPS Navigation, Bluetooth phone connectivity, Bluetooth audio streaming, and a built-in 30GB hard drive all accessed through a bright 7-inch LCD touch-screen. The SRT instrument cluster features performance options to calculate times for 0-60 mph, ¼  mile, 1/8 mile, and braking distance. The pistol grip 6-speed shifter in my test vehicle allows you to short-shift through gears. The angle of the shifter does take a few minutes to get used to but you will find that it is very competent even for more experienced drivers. 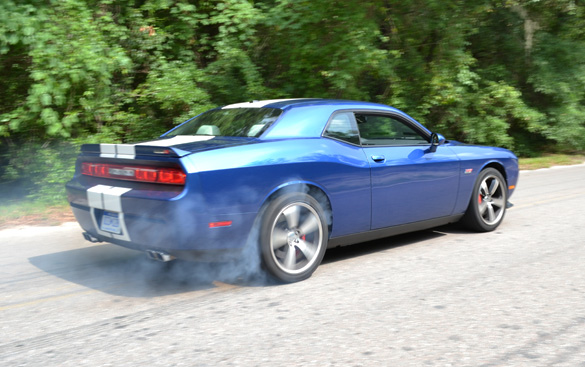 The new Challenger 392 goes, strong. Rowing through the gears at wide-open throttle will leave you with a smile on your face. The smoke in the review mirror and invigorating rumble of the big 6.4-liter 392-cu-in HEMI V8 is icing on the cake.  What’s even better, if you are the eco-friendly type, is that the large HEMI is somewhat efficient partly due to cylinder deactivation at cruising speeds. The Challenger 392 gets an EPA estimated 14mpg in the city and 23mpg on the highway. 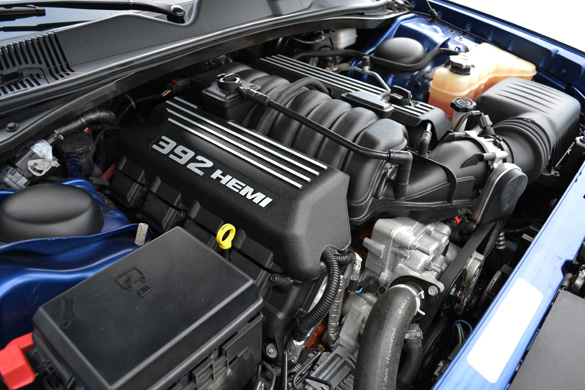 For about $1,300 more over the 425 horsepower Challenger SRT8, the 392 Inaugural Edition is easily attainable. In my book the 392 is well worth it especially considering the extra power, better handling, and head-turning looks inside and out. My test vehicles as-tested price came out to $47,565, which includes free massive clouds of burnout smoke until you have to replace the 255/45 20-inch Goodyear rear tires.