NICB’s ‘Hot Wheels’ Lists The Most Stolen Cars In The U.S. 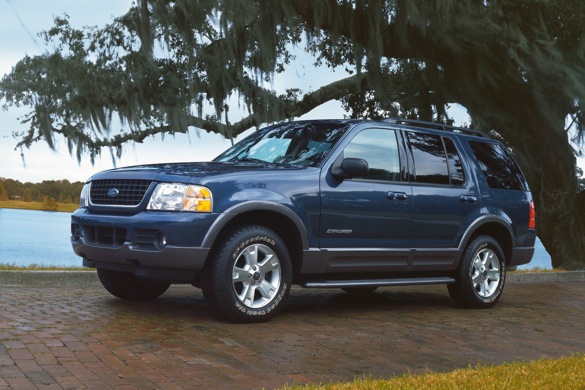 The 2002 Ford Explorer, one of the most stolen cars in the US. Image: Ford Motor Company

If I asked you to name the most stolen car in the U.S., what would you pick? The Cadillac Escalade? The BMW 3 Series? Maybe the Ford Mustang or the Chevy Camaro?

The correct answer is “E, none of the above.” According to the National Insurance Crime Bureau, the most stolen car in America last year wasn’t flashy and you won’t find it in poster form on anyone’s bedroom wall. If you’re lucky and have a very clean, low mileage example for sale, you might get $3,000 for it, and it certainly won’t stand out in a shopping mall parking lot. The car? A 1994 Honda Accord.

There are several reasons, but the key ones are ease of theft and number of vehicles on the road. The ’94 Accord and Integra fit the “easy to steal” model, while the F-150 and Chevy pickups fit the “plenty of inventory” model. In some cases (the Hondas), cars can be stripped down for in-demand parts, which help to generate relatively easy money. In other cases (like the ’99 Ford Taurus), I can only assume they’re stolen for basic transportation.

How do you keep your car safe? Aside from the obvious “always lock it with the keys out of the ignition” and “park in well-lighted, heavily traveled areas,” the NICB recommends adopting a layered approach to security. No alarm or anti-theft device in the world will stop a determined thief, but making your car harder to steal than the one parked next to you will go a long way, especially in high theft areas like mall parking lots and college campuses.

If you want more details, including state-by-state listings of the most stolen vehicles, check out the NICB Hot Wheels report.