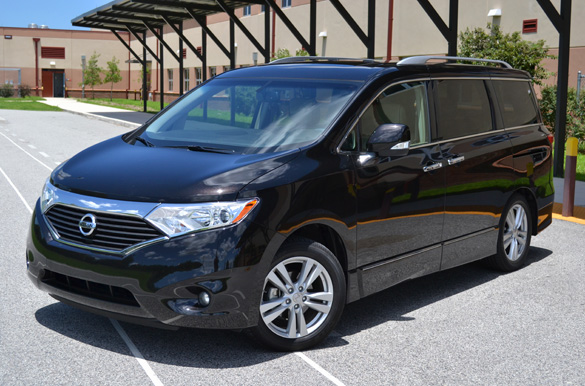 When it comes to comfortably and safely hauling 7 or more passengers while still getting fuel consumption better than that of an SUV, minivans are still America’s choice, despite slowing sales. As a viable alternative to those who do not wish to spend large SUV money, the minivan is starting to stir things up in its segment and the all-new 2011 Nissan Quest does just that with innovative styling, class leading comfort, and car-like drivability.

Nissan is known for injecting the car market with aggressive styling to say the least. Vehicles such as the new Juke and Cube embark on daring styling which slightly trickles down to the new 2011 Nissan Quest. 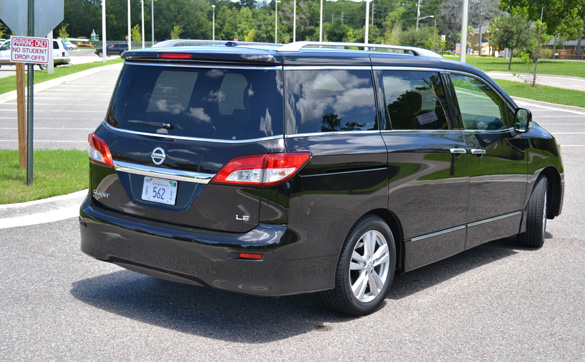 Nissan attempts to set the all-new 2011 Quest apart from its competition with its roof-line that appears to float due to blacked-out rear B, C, and D pillars. The new front fascia and grill are suggestive of other Nissan vehicles while the rear tail lights keep you from mistaking the new Quest for any other minivan.

The new 2011 Nissan Quest is powered by virtually the same 3.5-liter V6 found in the outgoing model. Power is now rated at 260 HP at 5200 rpm and 240 ft-lbs. of torque at 4800 rpm. Although this is not sports car-like power by any means, it does give the new Quest enough agility to give the driver the confidence needed when navigating local streets and highways. Nissan’s VQ-series V6 engines are used in most of the lineup and for good reason. There is enough torque to give the new Quest mild torque steer but remains manageable. The new Quest’s suspension is well tuned giving a nice balance for the driver making it feel like you are driving a large car instead of a 7-plus passenger minivan. 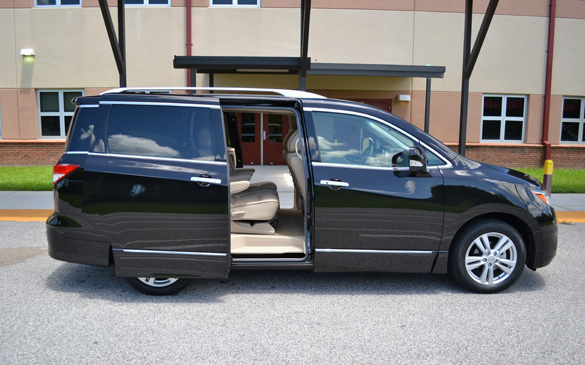 Power is directed though Nissan’s latest CVT transmission (continuous variable transmission). The latest CVT management does well in keeping the V6 engine in its prime power areas. Seldom suffers with instant power delivery at initial low-speed acceleration. The new 2011 Nissan Quest gets an EPA estimated 18mpg city and 24mpg highway, which falls behind some of its direct competition. This is a notable factor to consider especially when other minivans offer less-powerful 4-cylinder models, which is not available on the Quest. 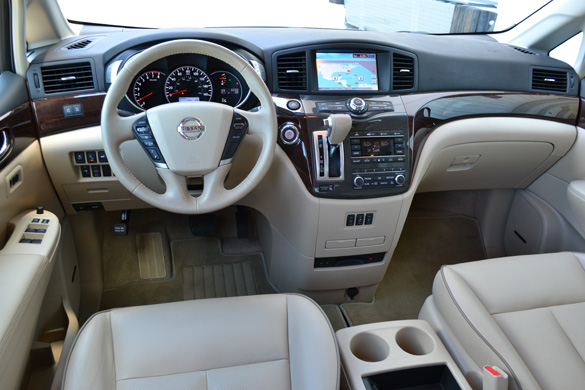 Inside the new 2011 Nissan Quest you will find a nicely laid-out interior with quality materials. Cheap plastics are basically nonexistent giving passengers a quant taste of luxury. Our LE trimmed Quest test vehicle was equipped with familiar and user-friendly GPS navigation system and LCD touch-screen found in similarly equipped Nissan and Infiniti vehicles. The updated interface gives the driver and passengers several redundant controls and one of the easiest to use infotainment systems on the market. The new Quest’s HVAC controls are separate from the LCD touch-screen giving passengers dedicated controls for front and rear climate. 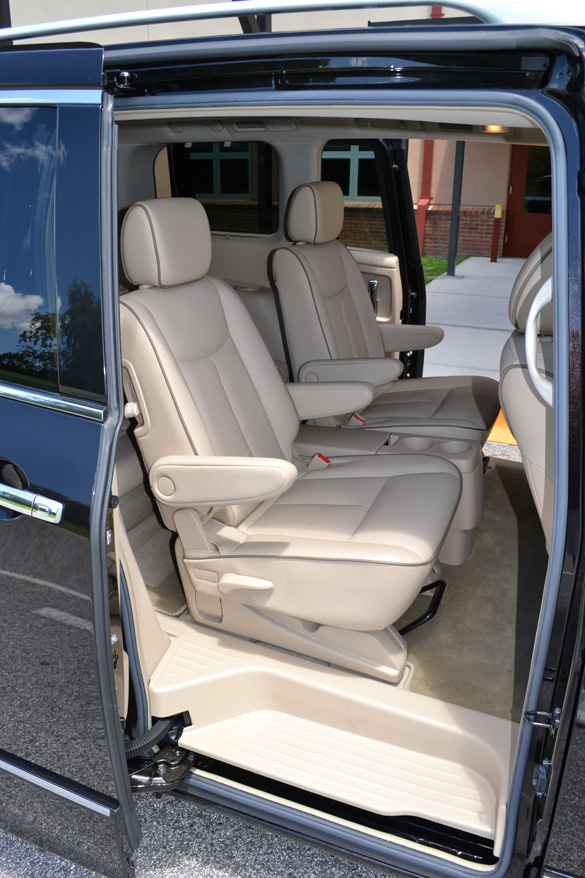 Seating in the new Nissan Quest is vast and is among the easiest for entry and exit in the minivan segment. Our Quest LE was a 7-passenger configuration with a center cup holder console on the 2nd row seats. Power sliding doors and easy folding bucket seats in the middle row gives easy access to the 2nd and 3rd row seating areas. New light-pressure sensitive weather stripping senses objects or fingers in the way of a closing power sliding door. These new strips are also found on the power rear hatch giving everyone the assurance that should an object or body part get in the way of the closing door, it will reverse its travel. 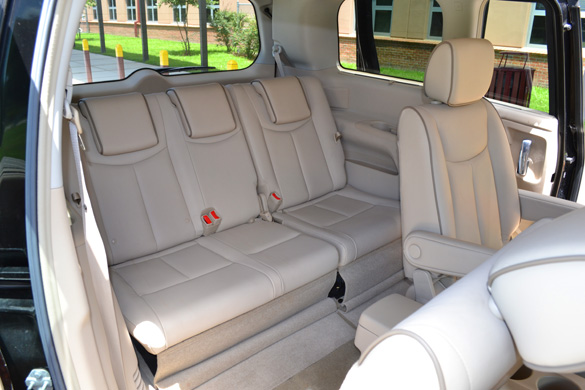 The 3rd row seats can be folded flat quickly and easily and also placed upright at the touch of a power fold switch. However, the 3rd row does not fold into the floor which somewhat sacrifices some cargo volume when folded down. This makes for considerably less cargo volume than the Honda Odyssey. Fortunately, the new Nissan Quest makes up for that lost of space in passenger volume and larger front seating dimensions when compared to the Odyssey, Chrysler Town and Country, and Toyota Sienna.

In spite of the Quest being at the tail end of segment sales leaders, Nissan takes a bold approach with styling, interior comfort, advanced technology, and a ‘cool’ factor. In taking this bold step, Nissan attempts to reignite the slowly dying minivan segment and capture sales from its competitors. 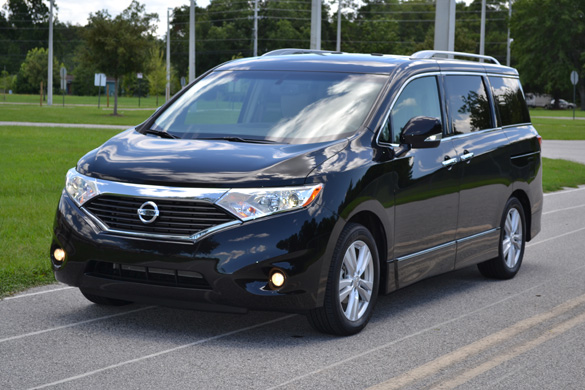