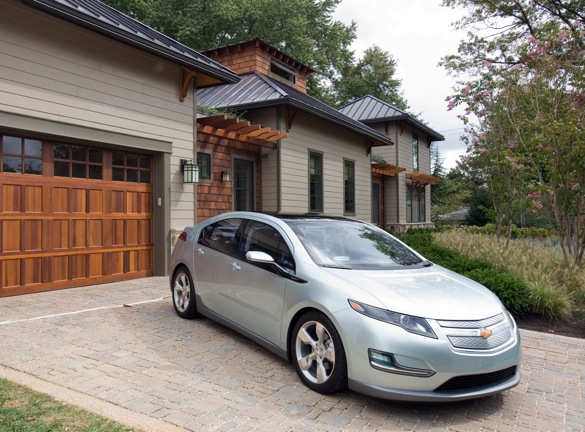 CNW Marketing Research recently conducted a study into consumer interest towards the 2011 Chevrolet Volt. Their findings? Interest among both “early adopters” of technology and the general car-buying public is dropping. In March, some 21 percent of the early-adopter group expressed interest in the Chevy Volt, but by July that figure had dropped to just 14.6 percent. Worse, interest from those who consider themselves “EV enthusiasts” dropped from 25 percent in March to 17 percent in July. Across the board, less people are considering a Volt today than earlier in the year, and GM needs to figure out why, quickly.

As we see it, there are several factors in play here. First, the economy today isn’t any better than it was in March, and many of us feel it’s even worse. It’s tough to part with $40k for a four-seat sedan, especially when you’re worried about job stability or even putting food on the table. That leads us to point number 2: the Volt is a great car, and we understand why it costs as much as it does, but the average consumer does not. Many see it as competing with the Chevy Cruze, which is half the price and still gets highway fuel economy near 40 mpg. GM has two choices: they can either up the content of the Volt without raising the price (and lose more money on each car sold), or they can ramp up marketing to make the public more aware of what the Volt is (and isn’t).

And therein lies the problem: the Volt has become to most politicized car in the history of the auto industry. The far right hates it because it comes from Government Motors and is “just another hybrid” (which it isn’t, but why let facts stand in the way of good rhetoric). The far left hates it because it uses gasoline, not just “clean” electric power (which, ironically, is usually generated by burning some sort of fossil fuel). No matter how good the Volt is, neither side would be satisfied unless it got 1,000 miles per charge, 200 mpg when running on the generator and cost $10,000. Even then, the lunatic fringe would find fault with something.

Is the Volt perfect? No, and we’ll be the first to admit that it’s an ideal fit for a very narrow range of buyers. That doesn’t mean it’s not a good fit for a much broader audience, but most of those potential buyers don’t understand the difference between a Volt, a Nissan Leaf and a Toyota Prius.

GM can’t fix the economy (and we’re beginning to wonder if anyone can), but they can and must make the public more aware of the Volt. It’s about to launch from coast to coast, and unless GM does something to ramp up interest, sales aren’t going to increase substantially as the number of retail outlets goes up.