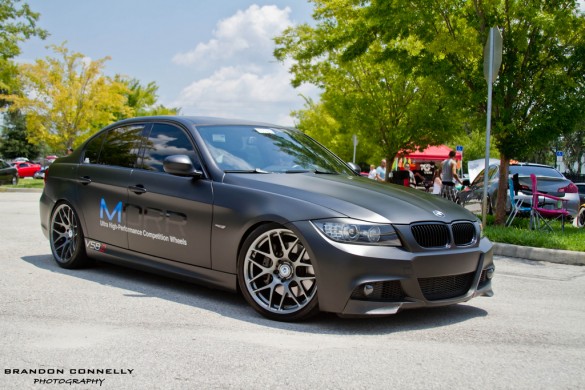 This past Saturday our Orlando, FL based photographer Brandon Connelly headed out to Route 46 Entertainment District, home of Orlando’s Cars & Cafe every month, for the Ultra Evolution: Summer Jam car show. The show was a hot one with temperatures as of late reaching the near 100s and we can say we were lucky enough to escape the rain as well!  However, the heat did not keep the true car enthusiasts away as many decided to brave the heat and either show their cars or just check out the show. Cars were parked as tight as possible since R46 isn’t exactly the largest of areas but none the less, it was a nice turnout of rides.

Everything from an Ariel Atom from Real Street Performance to some very clean imports of all makes along with some nice domestics showed up. Another nice thing about the show was that it brought in crews and teams from Jacksonville, Tampa, Ocala and other areas of Florida.  A big thanks to Ultra Evolution for putting on this show as well as all the vendors and other patrons, including the FloridaLancers.com crew, who survived the day to make this event happen. Enjoy the exclusive images below from our photographer Brandon Connelly.