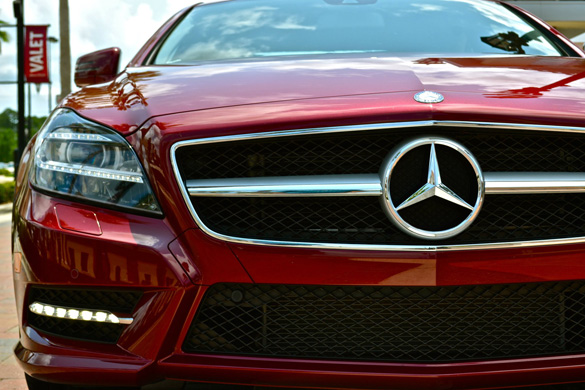 I asked three of my long-time friends to list their top 10 favorite new cars. It was no surprise to me that they would mainly name off exotic sports cars. Obviously the cars that they named are some of the most recognized and cherished new vehicles for the common-day automotive enthusiast. You have your Audi R8, Bugatti Veyron, Ferrari 458, Porsche 911, Mercedes-Benz AMG line, Nissan GT-R, and so on. I then proceeded ask my friends what where some of the characteristics of those 10 cars that made them stand out over common non-exotic cars. To my surprise, two of my friends immediately explained that the day-time running LED car lights (and other LED lighting ie: turn signals, brake lights etc.) was one of the distinctive features, from a very short list, that made these vehicles stand out. Of course out of these “chosen” vehicles there are obvious characteristics such as well-known performance stats, bright red colors on their chosen Italian sports cars, and an exhaust note to die for.

Why have LED lights, made such an impression on people?

Automotive enthusiasts enjoy the common thrills of new cars not normally found in your typical grocery-getter. LED lighting has now taken on a newfound infatuation gaining the attention of many. 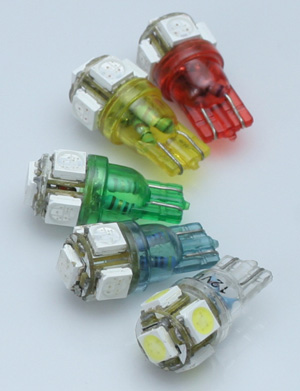 LED lighting has been around for decades but has recently gained its notoriety in part because of the automobile. LED stands for Light-Emitting Diode, basically a semiconductor that takes small amounts of electricity meeting at a specific point releasing photons that essentially emit a glow that the human eye indicates as light. LED lights were actually first created in 1927 and didn’t have their first practical use until the 1960’s in electronics (TVs, radios, telephones, etc.) mainly for indicator lamps replacing incandescent bulbs.  Later LEDs found their way into computers, cell phones remote controls, traffic lights, flat-panel TVs, and now the automobile.

You may have first noticed uses for LEDs in automobiles for brake lights. Cadillac was one of the first to bring LED brake lights to the public which was widely followed by many others. The usage was for two reasons. LED lights tend to illuminate a lot faster then a standard incandescent bulb, thus alerting the trailing driver faster when they see the brake lights come on, potentially avoiding a rear-end collision. Also, when compared to incandescent bulbs, LED lights tend to last as long as the life of the vehicle and use less power.

LED lights used as day-time running lights have a two-fold reasoning behind its usage as well. Think about it for a minute. When you see a group of cars headed towards you on the other side of the highway during the day, which ones are more noticeable (aside from that flashy red sports car)? You guessed it, ones with LED running lights. Automotive manufacturers have taken notice to enthusiasts who want a distinctive style to their ride by seeking aftermarket vendors for “alternative lighting”. They have also looked at it from a safety standpoint as well. Automotive makers will continually explore the uses and benefits of LED lighting. After all, some luxury vehicles already utilize LED lighting for their primary headlights and some use LEDs for virtually all of their exterior lighting.

I recently joined the aftermarket crowd with one of my family vehicles, a new Infiniti FX. I happen to enjoy bright, crisp lighting that is closest to white as you can get, and emits just the right color temperature. LEDs provide just that, so I replaced all of the interior lighting in my Infiniti FX with LEDs. The difference is almost night and day.

The vendor I used was SuperBrightLEDs.com. They were generous enough to provide me with some of their latest line of LED bulbs that meet or exceed OEM specifications and fitment. In preparation of this article I wanted to experiment with automotive LED lighting. We can share some of this knowledge partly due to our reviews of the new 2011 Audi A8 and Mercedes-Benz CLS550. Both use an abundant amount of LED lighting for the exterior and interior.

If you are looking for the right automotive LED lighting alternative, turn to the pros at SuperBrightLEDs.com. Tell them AutomotiveAddicts.com sent you!