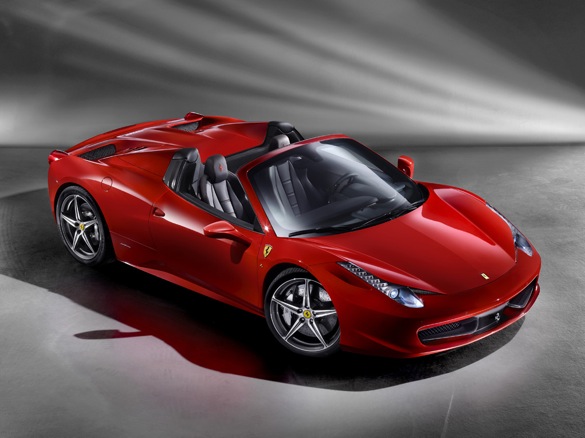 Just when you thought that the Ferrari 458 couldn’t get any more stunningly beautiful, Ferrari proves us by introducing a topless version of their latest 8-cylinder masterpiece. Called the 458 Spider, the new car features a retractable hardtop instead of the simple folding canvas top found on earlier Ferrari convertibles. It’s not the first power-retractable hardtop to come out of Maranello (that honor goes to the Ferrari California), but the 458 Spider’s top folds neatly under the rear deck lid, which keeps it (and the car’s occupants) cleaner. 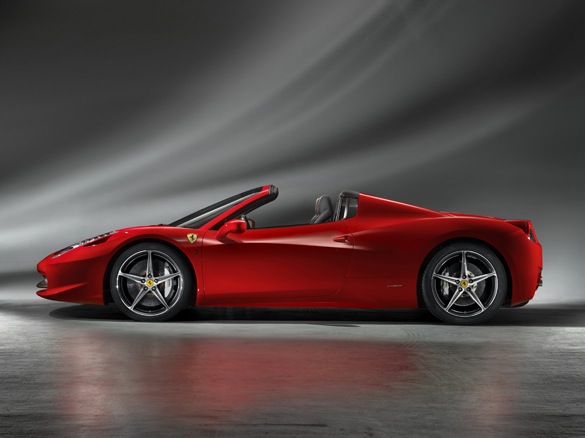 Ferrari is quick to point out the 458 Spider is the world’s first mid-rear engined berlinetta fitted with a power retractable hard top, and we won’t argue that point since the Ferrari California is a front engine, rear drive grand touring car. Whatever the classification, the 458 Spider’s lines are impressive, and it’s even better looking than its hard top stablemate. 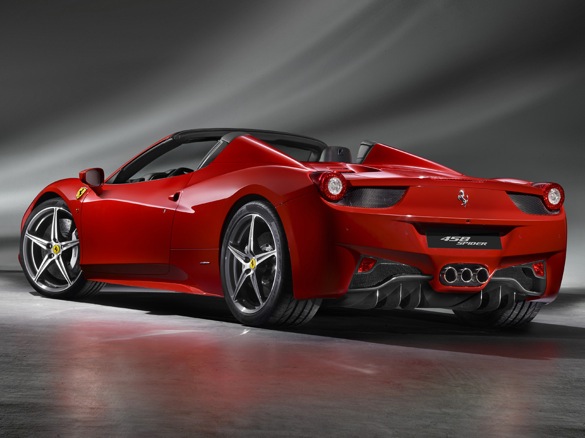 The 458 Spider is powered by the same 4.5-liter V-8 as the 458 Italia, which produces 562 horsepower and 398 lb-ft of torque. The only available gearbox is a paddle-shifted, seven-speed dual clutch unit, and the combination helps the 458 Spider get from 0 to 100 kph (62 mph) in under 3.4 seconds. Maximum speed is said to be in excess of 198 miles per hour, but we’re pretty sure that’s with the retractable aluminum top in place. Still, Ferrari assures buyers that their electric windstop mitigates cockpit turbulence, allowing normal conversation at speeds over 125 miles per hour.

Look for more details on pricing and availability in the coming weeks, after the car makes its official debut at September’s Frankfurt Auto Show.