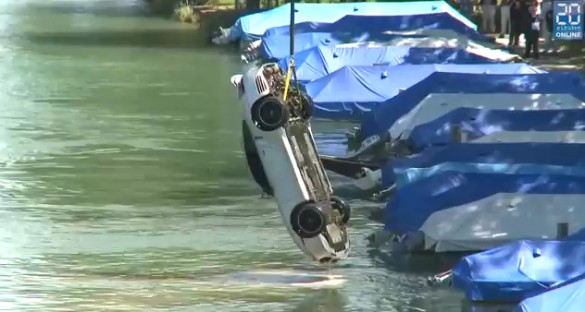 Warning: the two minute tilt-shift video below will be hard to watch if you’re any kind of car fan at all. In it, authorities fish a Porsche 911 Turbo out of the Rhine River in Zurich, not once, but twice. It turns out the original lifting strap was too long, so the Porsche was sunk into the mud of the Rhine a second time, while the rigging company set up a shorter sling. We suppose the car was a write-off after it hit the water the first time, but that doesn’t make the second dunking any easier to watch.

We can’t tell you much about the accident, but we do know the 24-year-old owner wasn’t behind the wheel when the car hit the water. Instead, it was his 29-year-old friend who drove the car off a boat dock, and will undoubtedly spend the rest of his life trying to live this incident down. The moral to the story is this: be careful who you toss the keys to, especially if you live near a river and drive a $150,000 Porsche.

Source: Axis of Oversteer, via Autoblog