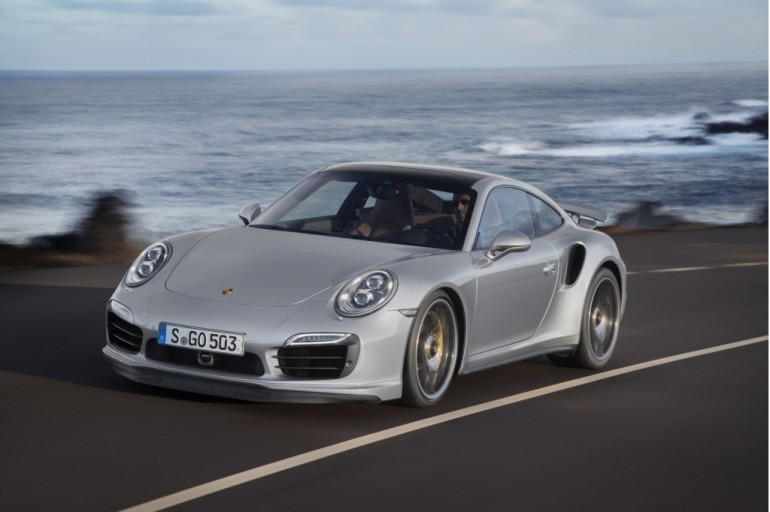 Revealed before its official world debut at the Frankfurt Auto Show in September, the new Porsche 911 Turbo will be able to dash from 0 to 60 mph in 3.2 seconds. With an optional Sport Chrono Package on the Turbo S, the 911 should be good for 0-60 mph in 3.1 seconds and top out at 198 mph. 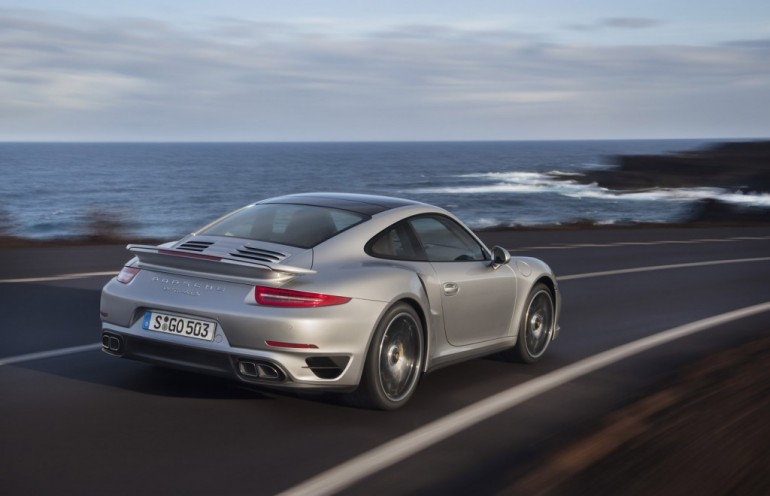 Nurburgring lap time for the new 911 Turbo is said to be well under 7:30, as claimed by Porsche.

Of course there is new gadgetry packed inside of the 2014 Porsche 911 Turbo, such as a new rear steering system that turns the rear wheels in the opposite direction up to 2.8 degrees under 31 mph and steers the rear wheels parallel to the front above 51 mph. 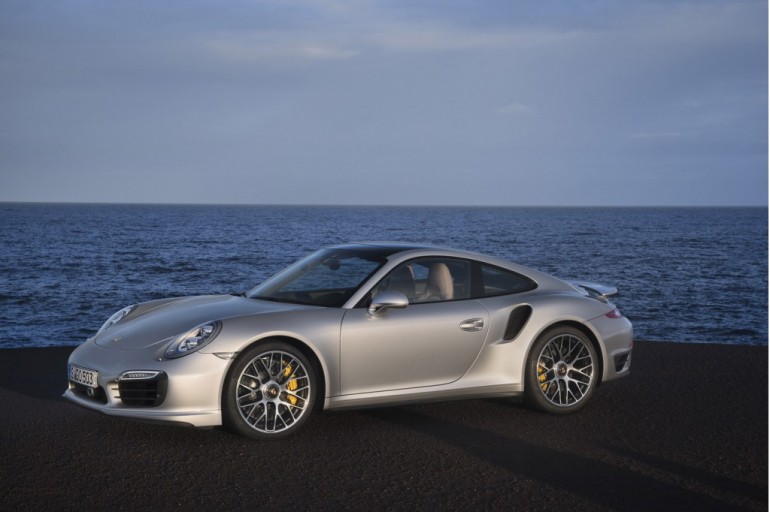 Obviously, Porsche didn’t just shoehorn two turbos on the 3.8-liter flat-six and forget about making it look different and make a different set of tire tracks. The new Porsche 911 Turbo is now wider than the current Carrera and sports a wheelbase about 9.8-inches shorter than the outgoing Turbo model. . 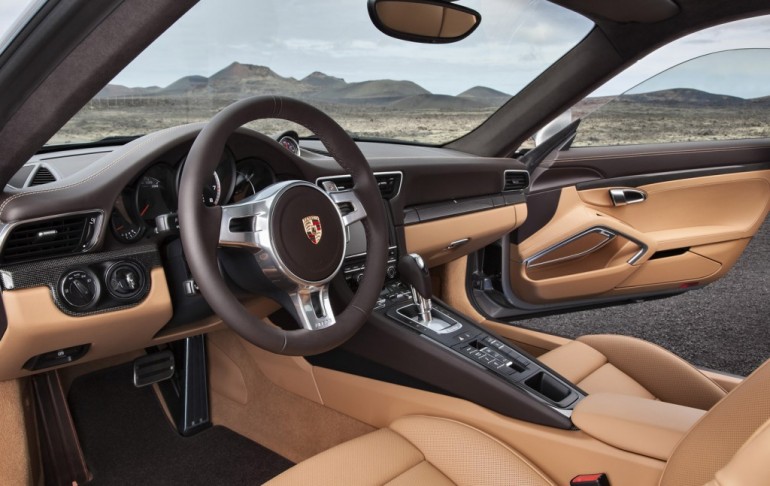 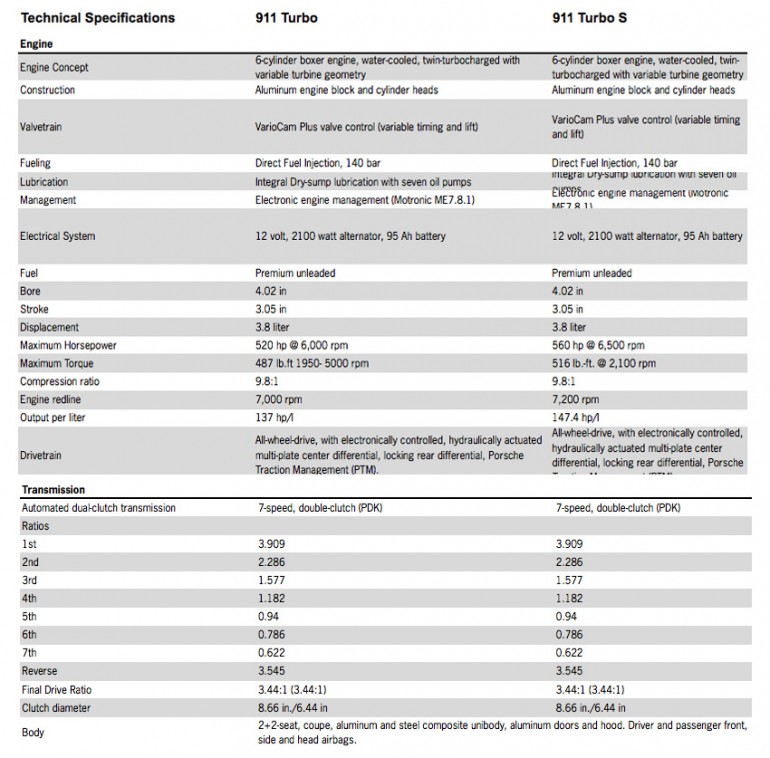 Hit up the video below to get a little taste of force-fed German engineering at its best. Enjoy!