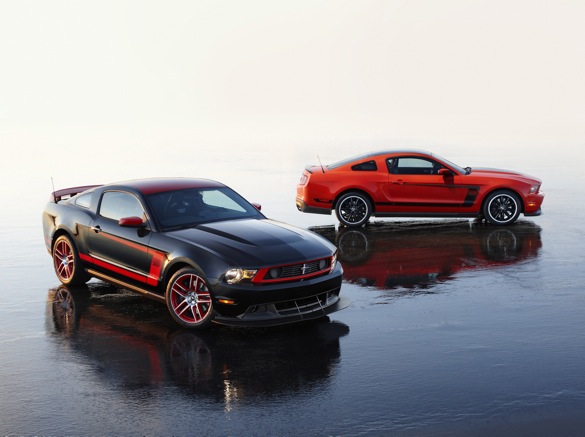 Ever since the 2012 Ford Mustang Boss launched, I’d been feeling like the red-headed stepchild. Despite having a great relationship with Ford, I didn’t get an invite to the launch of the car, and hadn’t had the opportunity to beg, borrow or steal one since. That’s why when Ford invited me to their Michigan Proving Grounds to drive various 2012 models, my first question was whether or not that included the Boss 302. It did indeed, and when Ford gives you the chance to go to its test track and use up its tires, gas and brakes, the only possible answer is “hell yes.” 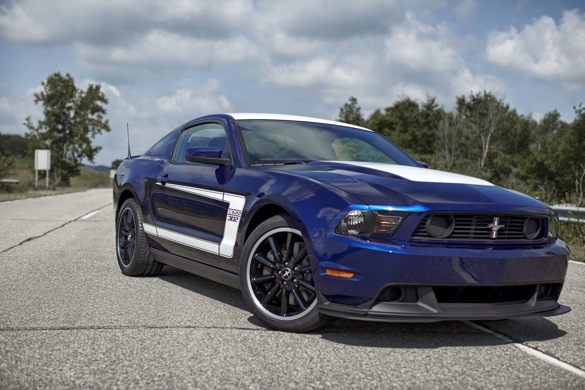 To be fair, the Boss 302 was only part of the program, but Ford was kind enough to set up a demonstration of the Boss 302’s “Launch Control” feature (part of Ford’s TracKey option), as well as giving us the chance to autocross the Boss 302 side by side with the Boss 302 Laguna Seca edition. The difference between the cars is instantly noticeable on the tight confines of an autocross track, and the advantage in handling of the Boss 302 Laguna Seca over the standard Boss 302 is significant. More on that later, but here’s the bottom line: if you plan on regular track days with your Boss 302, the Laguna Seca package is a must have, if you can find one. If your Boss 302 will primarily be a street car, with the occasional track day thrown in, the standard model will do just fine. 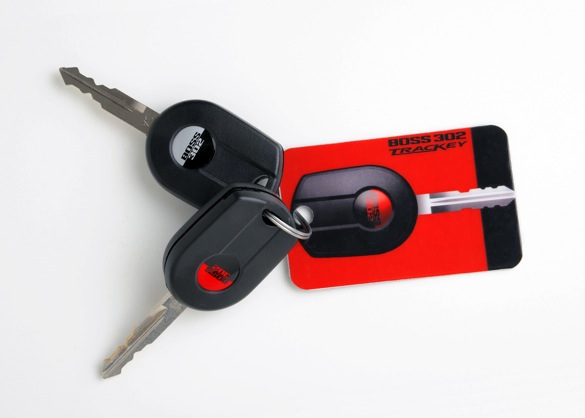 My first driving exercise was testing the Boss 302’s launch control feature, which is part of Ford’s TracKey option. The launch control feature was programmed in direct response to customer feedback: Mustang owners who race their cars wanted an adjustable launch control to take the guesswork out of starts and allow for various track conditions and tire options. Programming the launch RPM is fairly simple, and is done via the cruise control buttons on the steering wheel. Once the system is active, you dial up the launch RPM via the cruise control “+” button, then lock it in. Mat the accelerator, and the engine revs to the preset RPM; dump the clutch, and you’ve got the perfect launch. 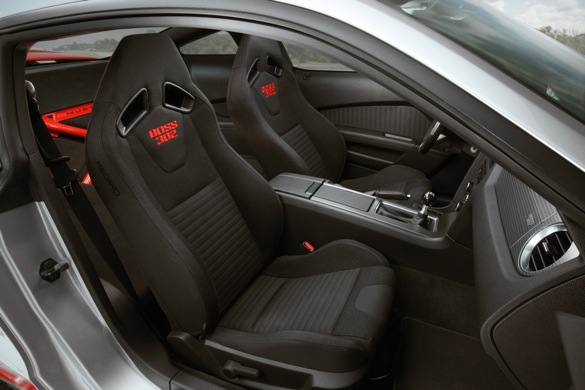 To allow for different track conditions, launch control allows you to dial in the engine speed anywhere from 2,500 to 5,000 rpm. On an overcast but warm day, 4,200 rpm was just about perfect to get a little wheelspin before the Boss’ rear tires hooked up and shot me forward with an impressive amount of thrust. If you track your car in competitive events, this feature alone makes the $302 key reflash worth the price of admission; after all, $302 is a whole lot cheaper than a new clutch. 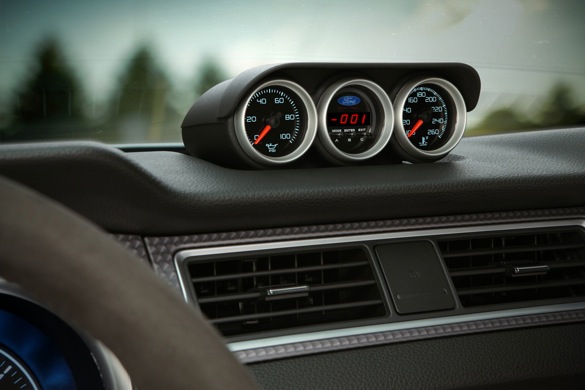 Next up was the autocross in the Boss Laguna Seca. Even on moderately cold tires, the car had an impressive amount of grip. Still, with the traction and stability control disabled, it was easy to hang the back end out in corners with the throttle. Catching the back end was equally easy, as I found out in a sudden-and-tight right hand corner. Throw in some opposite lock and just a bit of throttle, and the Boss Laguna Seca quickly regains it’s composure. Acceleration is impressive, as is the stopping power from the Brembo brakes. 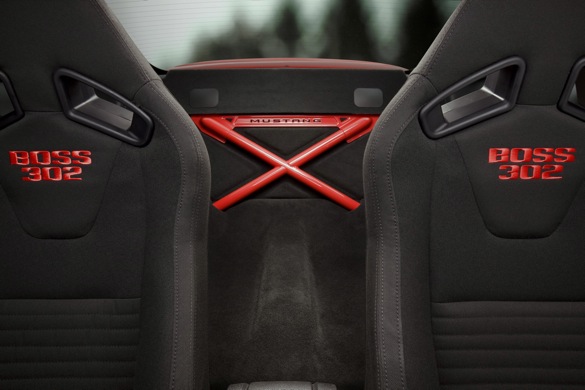 A cross brace takes the place of the back seat in Laguna Seca models. Image: Ford Motor Company

After my run in the Boss Laguna Seca, it was time to drive the “standard” Boss 302. The car felt noticeably looser in the corners, but was no less predictable in its handling than the Laguna Seca version. In some ways it was even more entertaining, since the lower handling limits of the “plain” Boss 302 made tail-out driving effortless. I didn’t get course times for the two cars, but I suspect the Laguna Seca was a few tenths of a second quicker through the cones than the regular Boss; still, the regular Boss had a higher “hoon factor,” and would be plenty entertaining for the occasional track day. 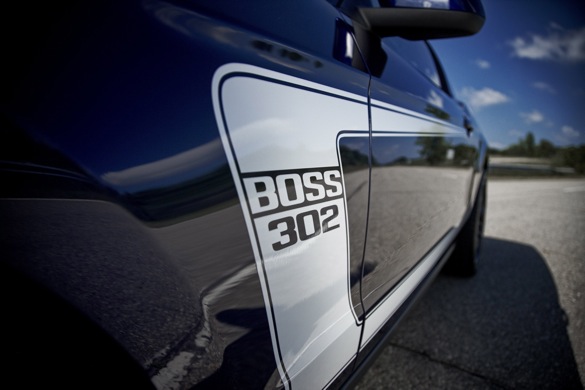 As much as I love the new 5.0 liter Mustangs, the Boss 302 is an improvement in every way. The graphics and paint schemes are a little bright for my tastes, but that gripe aside the Boss 302 is probably the most fun you can have in its price range. Finding one may prove difficult, but Ford assures me there’s still inventory (of the regular version, at least) in the pipeline. All I have to do now is hit the lottery before they’re all gone.