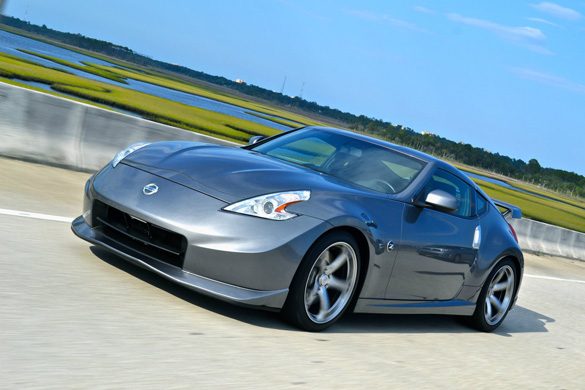 Nissan pulled out all of the magic tricks from their hat when it came to building capable performance cars starting with the 370Z and ending with the GT-R. Aside from the new 2012 Nissan GT-R’s astonishing performance capacity, Nissan has trickled down some of that performance oriented innovation to their latest “tuned” Z-car, the 2011 Nissan 370Z Nismo. 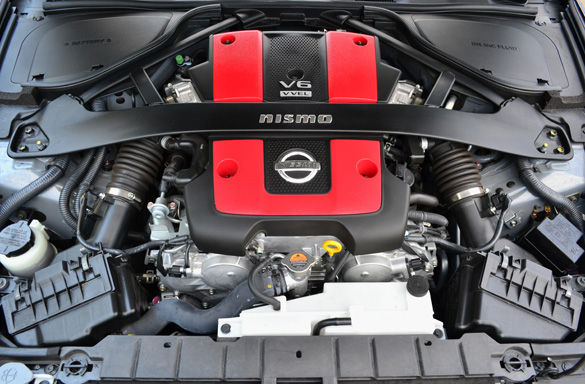 The Nismo edition of the 370Z begs to please the track junkie. The sport-tuned suspension alone is enough to let you know that this Z means business. Other goodies that turn the Nismo edition into a purest car is a limited-slip differential, high-performance tires, upgraded brakes and functional aerodynamics. During my week in the 370Z I was fortunate enough to take it to a closed road to get a good feel for its capabilities. I can say aside from the slight brake fade after several hard stops and steering wheel vibrations in the high RPM range, the Nismo Z is a tuners dream car. 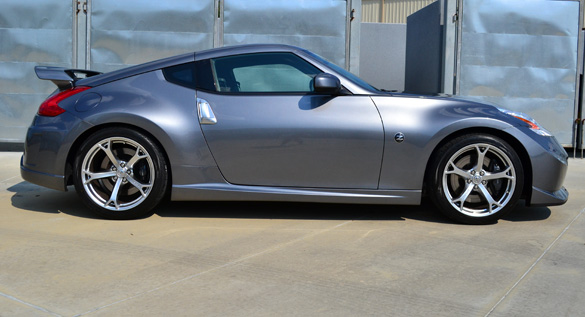 The 3.7-liter V6 pulls hard in the all-new 370Z Nismo without hesitation. With a curb weight of only 3300 pounds and an almost perfectly balanced 53%/47% front-rear weight distribution, the Nismo Z is easy to throw around. I even took the liberty of making several artful masterpiece segments in the shape of a circle on a closed road with permission. I think Picaso would approve. 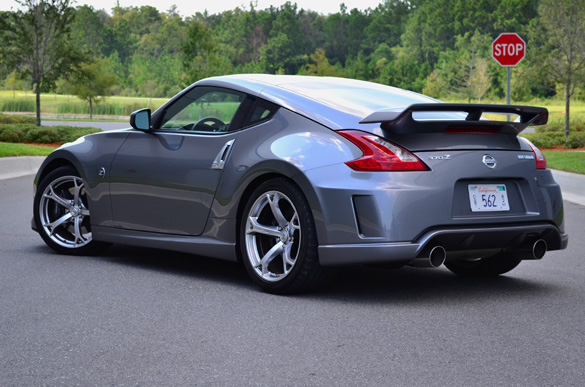 The latest 370Z body style was introduced as a 2009 model in 2008. Many of the design aspects can be found in other Nissan vehicles such as the Maxima and GT-R. The Nismo edition of the 370Z adds a pleasing aesthetic to the body lines as described by several onlookers at the local Cars and Coffee show recently.

Inside of the 2011 Nissan 370Z Nismo you will find a competent interior layout for a sports car. The red stitching throughout the dashboard and well-bolstered sports seats adds character and sports appeal to the Z’s interior. In spite of being a small 2-seater sports coupe, having the roots of Nissan’s FMR (Front Mid-engine rear-wheel drive) platform, the 370Z has plenty of room for adults just over 6-feet tall. The high belt-line of the Nismo Z gives you a sunk-in feeling when driving where it seems as if it is giving you a big man-hug. 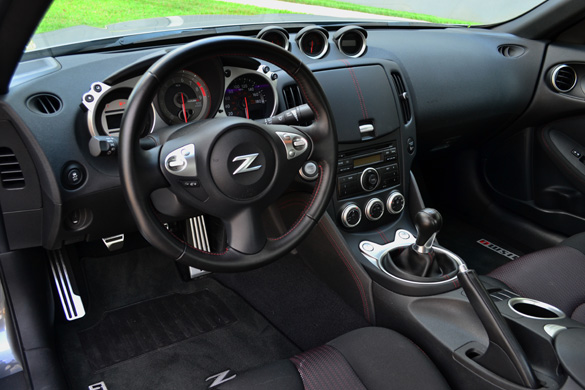 My one gripe about the interior, possibly a none-issue with the true performance car purist, is the stereo system. Nissan used a rather basic stereo with AM/FM, CD player and an Aux jack. The choice for such a stereo from a company who has upwards of 6 or more audio playback/input selections in other audio system offerings, is somewhat logical given that the 370Z Nismo is more about good-looks and performance rather that appeasing the audiophile junkie. There is always the 370Z Touring version for those folks giving them the option of a hard-drive based navigation and Bose stereo unit. The audible note from the exhaust of the 3.7-liter VQ-series engine and drive-train feedback should be enough to keep true automotive enthusiasts entertained for a while. 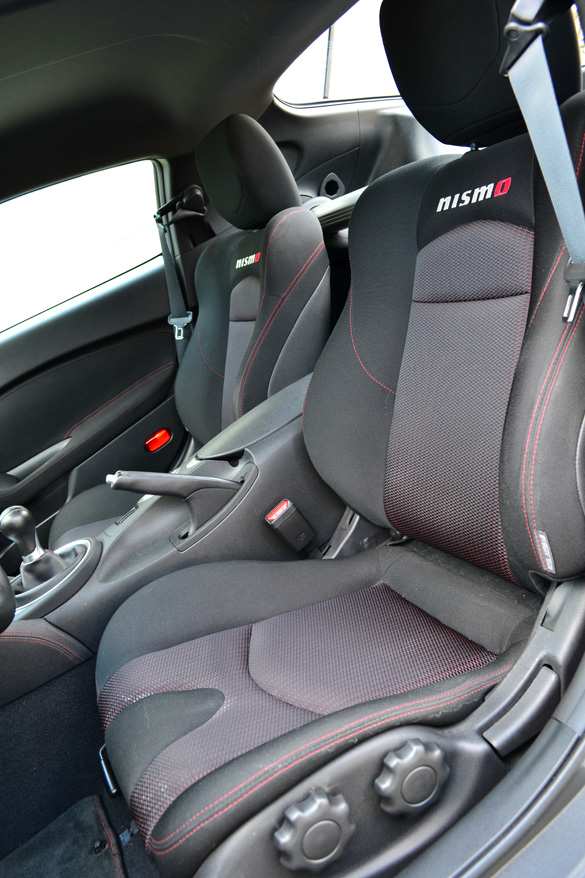 Gas mileage figures from the 2011 370Z Nismo come in at 18mpg city and 26mpg highway. I was actually able to better those numbers on the highway getting just over 27mpg. The direct shifting 6-speed manual transmission more than likely had something to do with those mpg figures. Rowing through the 6 gears is well entertained epecially when the syncro-rev-match feature is enabled. Down-shift rev-matching becomes a seamless action with this innovative feature activated. Luckily for me, someone who prefers “all-manual” action, the system can be disabled so you get to “exercise” your feet a little more.

Balanced and poised, that is what the new 2011 Nissan 370Z Nismo is all about. You put the 370Z Nismo into a turn and you will know exactly what I am talking about. The Nismo name-plate dates back to the 80’s touted as Nissan’s motorsport division. Today the 370Z Nismo is still about giving the consumer performance add-ons with the warranty and quality expected from the original manufacturer. The new 370Z Nismo is a testament to this very concept virtually taking a page out of the average automotive tuner’s book and making it their very own.

A loaded-up 2011 Nissan 370Z touring model starts around $42,200 while my 2011 370Z Nismo was priced at $41,435. The Nismo edition makes for an attractive buy to the automotive enthusiast at heart who has room in the garage for a toy. Those needing the least bit of practicality may not want to look at a Z car. However, anyone indicative to being adventurous and drive around in a modern-day affordable Japanese hot-rod with a tuners edge will not want to pass up on the new 2011 370Z Nismo.